I woke up at 4 a.m. on Friday to the sounds of Emma having a hairball at the foot of the bed. I was pleased she chose to join the rest of us but after getting up to clean it up and trying to get back to sleep, the Snuggle Twins (a.k.a. Sam and Scout) kept waking me up so I eventually just got up.

I got to work at 6 a.m. only to discover I left my badge at home. Since the receptionist wouldn’t be there for another two hours, I had no choice but to head back home to get it. I still got in before 7 a.m., a couple of hours earlier than normal, but it wasn’t as early a start as I hoped for.

Ellie is doing well, she feels great but still has a few weeks left before she goes back for x-rays and hopefully gets the go-ahead to start ramping up her activity level. Hold on Ellie, hold on!

My laptop is in for servicing at a Mac reseller near work and won’t be back until next week. They were having trouble reproducing a couple of the problems so I may take it to Apple after that. It turns three years old next month, which not so coincidentally is also when its warranty runs out.

I can’t do any photo editing from the old computers so posts will continue to be slow until I’m back up and running. Lots of pictures to come. 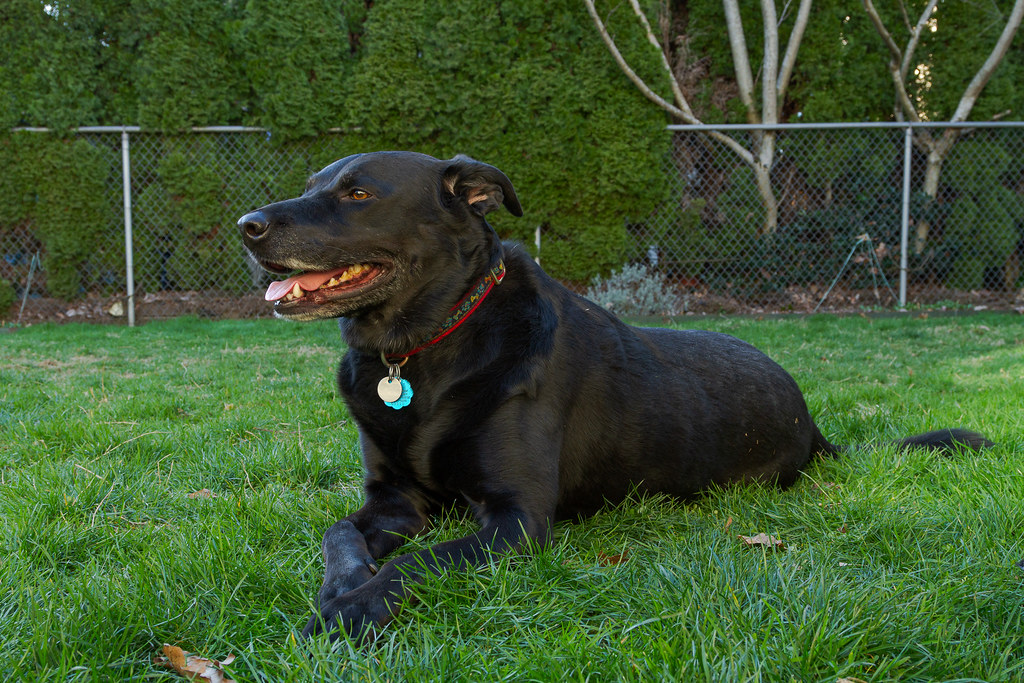 I took Ellie back to the surgeon on Thursday to get her sutures out and they were really pleased with her progress. She’s feeling much better and ready to get back to hedgehogging, but unfortunately for her she still has another six weeks of taking it easy before she goes back for x-rays to see if the bones have healed. We’ll keep her on a light dose of sedatives for a bit, just enough to take her edge off, as she’s more than ready to run and jump and do all the things she shouldn’t yet. But by and large, our girl remains as sweet as ever and has been more patient with her recovery than I expected.