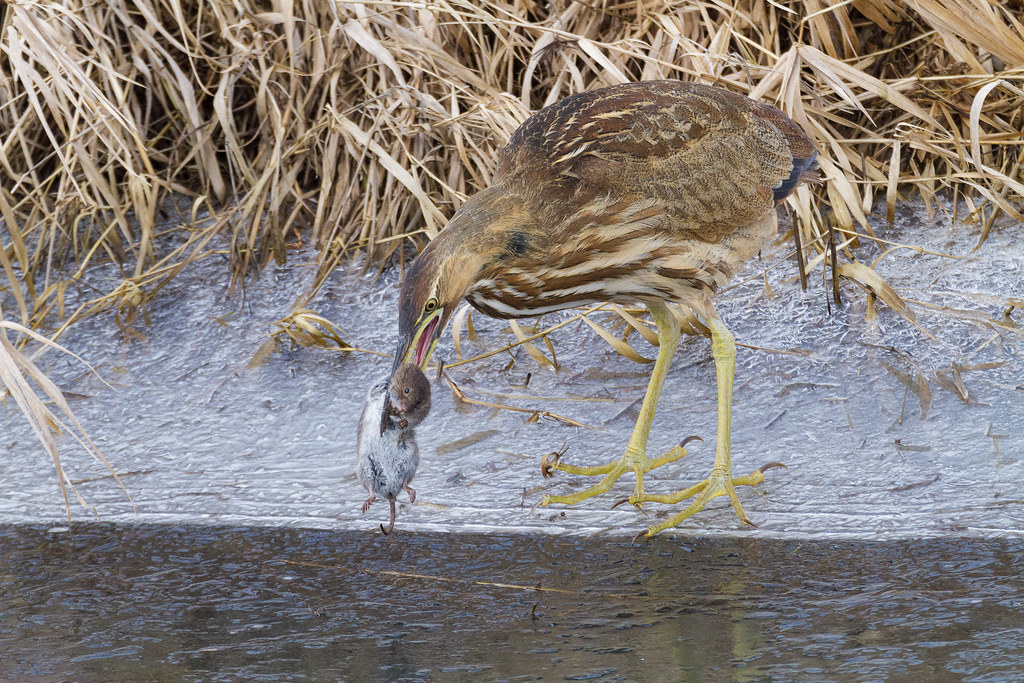 Although I failed in my quest to find a bittern in the frost on the last day of 2010, the first day of 2011 rewarded me with a bittern on the ice — a hunting bittern on the ice. The day started out promising when I glimpsed a blacktail buck on the drive down through the canyon and onto the refuge at Ridgefield, but after putting on a show the day before the rest of the animals seemed to be sleeping in. While the early hours weren’t crowded, as the morning wore on the visitors picked up rapidly and the big lens attracted a small crowd whenever I stopped.

On the far side of the refuge, I like to drive slowly along Rest Lake to look for bitterns, so I pulled over to let an approaching car past so that I could move at my own pace. Even as I was pulling over I noticed this bittern down below in the frozen channel and settled in to watch. Within moments the bittern struck into the grass and brought out this terrified vole. Bitterns often like to dunk their prey in the water and so it gingerly stepped down the rim of ice, struggling not to slip, and then dunked the vole into the water. Or tried to at least, but failed, since the water in this section was still frozen. It seemed mystified for a moment and stood motionless before eating its meal undunked.

After taking a few environmental portraits of the bittern on the ice, I moved ahead just slightly to another nice location and waited for the bittern to come past. But a Land Rover came up behind me and the couple got out of their car (a no-no on the auto tour during the winter) to set up their scope to view the distant ducks and swans. Not surprisingly I didn’t see the bittern again.

When I got to the end of the auto tour, I was going to go around again but my heart sank when I saw a nearly solid line of cars between Horse and South Quigley Lakes. I learned my lesson from Christmas day, when I should have left when it got over-crowded but didn’t, and headed home. Ellie got an extra walk and playtime in the park, and extra hedgehogging as well, so all-in-all a fantastic start to the year for everyone but the vole. 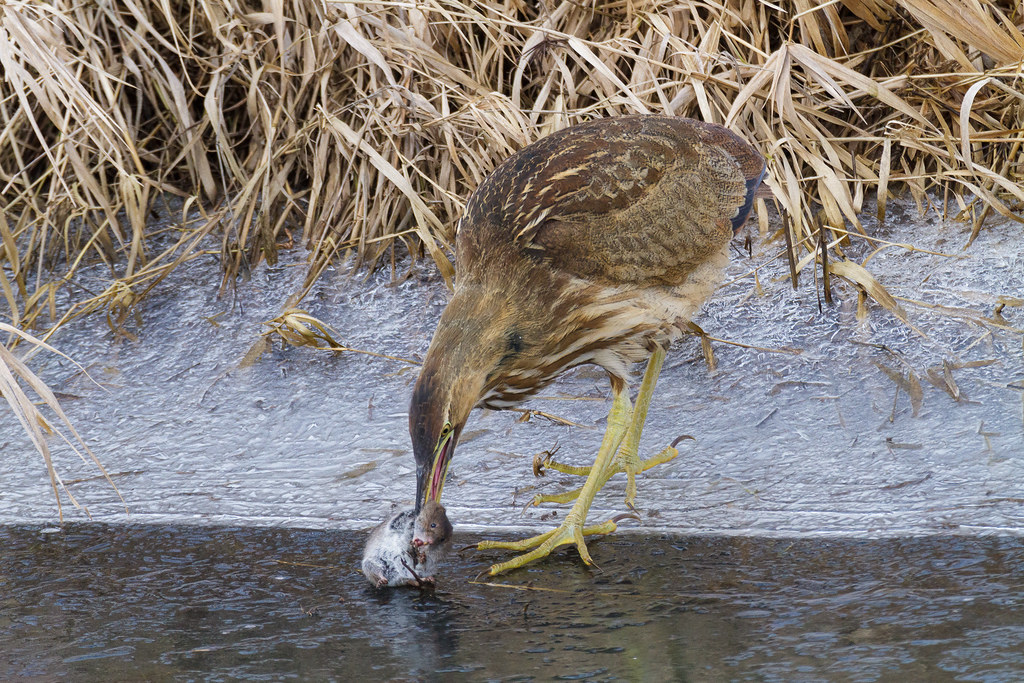 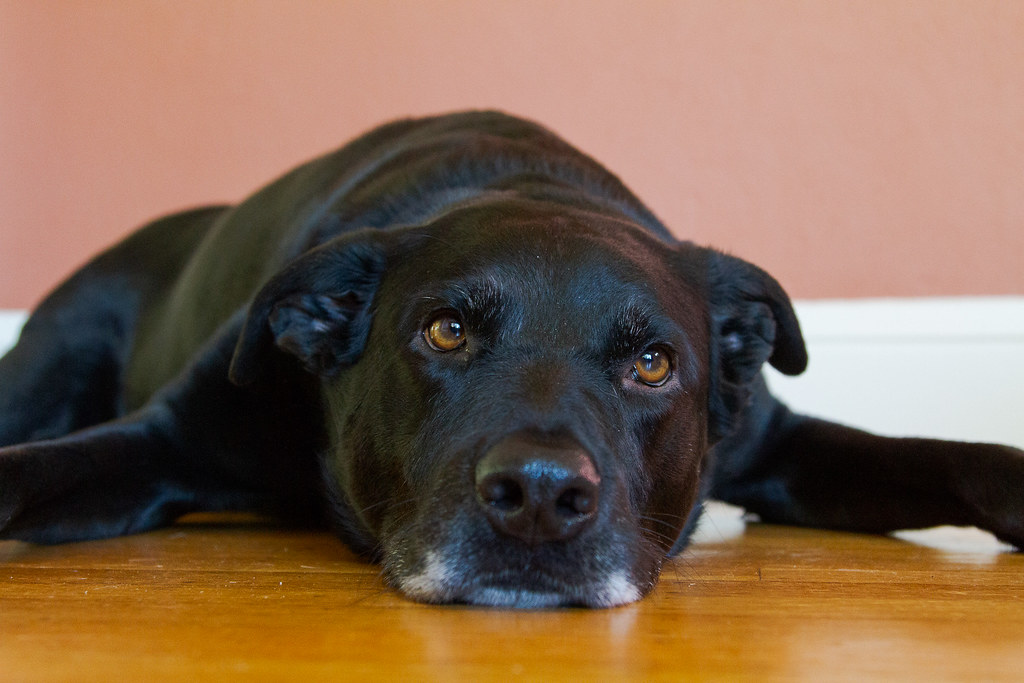 We adopted our sweet girl two years ago and, since we don’t know her real birthday, we celebrate it today as well. She was five when we adopted her and so now turns seven. This picture is from June when she was still recuperating from her surgery, this is the look I get in between sleeping and snuggling and hedgehogging. Speaking of which, someone has been patiently waiting all night for me to finish my chores, so I’d better go.