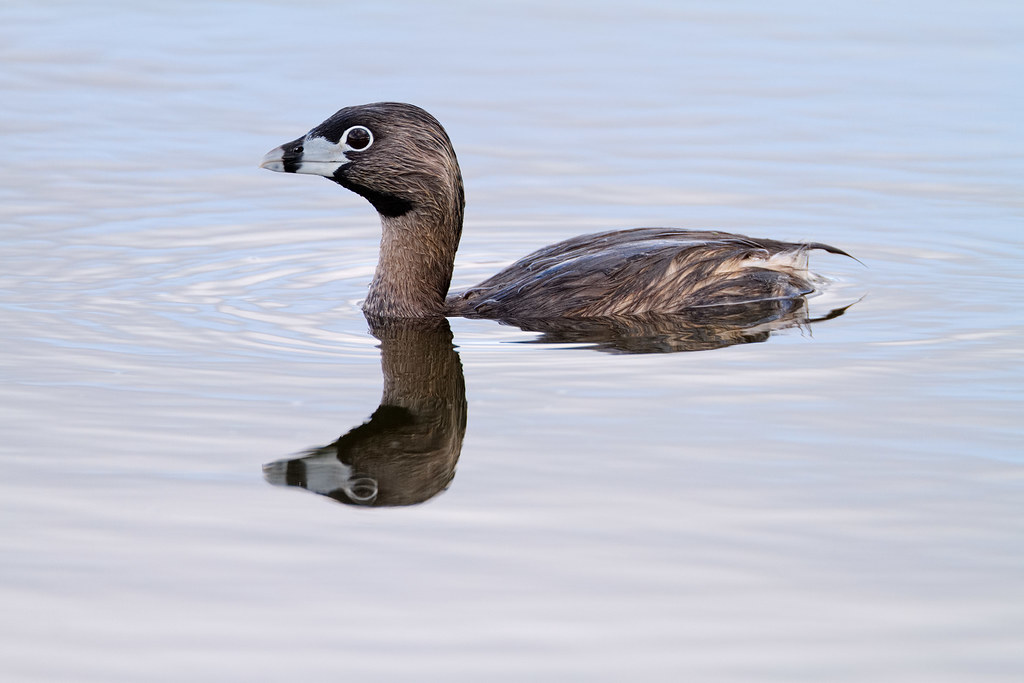 Another reward for spending all of Mother’s Day at Ridgefield was a chance to photograph this pied-billed grebe in breeding plumage in Long Lake. These grebes are so commonly seen at Ridgefield that it’s a rare visit when I don’t spot one, but they are both small and shy and thus have generally eluded my lens. I got some nice pictures of them this winter, but on this day I got my opportunity to photograph one with a pied bill (they only have it in their breeding plumage).

And to top it off it’s doing my favorite pied-billed trait, sinking slowly into the water before diving!

There is an audio guide that goes along with the auto tour at Ridgefield, and while the audio at this point is difficult to make out it seems to me they suggest that the pied-billed name comes from the black ring on the bill resembling a pie stain (such as you might find ringing a child’s mouth after it eats a piece of pie). I’m not sure if I’m not hearing it correctly or if they are being a bit tongue-in-cheek (not that I would ever do such a thing here!), but I believe the name comes from the old English usage meaning black-and-white (as in the magpie), and which eventually came to mean multi-colored.

Thus I think the name is more Pied Piper than Purple Pieman.