This doe is part of the first wave of Columbian white-tailed deer that were brought to Ridgefield National Wildlife Refuge in 2013 with the goal of establishing a permanent herd at the refuge. A second wave is planned for 2014 and a third in 2015 if needed. That’s her fawn behind her, the first generation of Columbian whitetails born at the refuge. I wasn’t going to put this image up as the dark blobs from the out-of-focus teasel are a bit distracting, but I like how clearly it shows her radio collar and ear tags and how closely monitored her movements are.

We don’t know Boo’s birthday but he was probably a little over one year old when I took this picture of him as he snuggled in my lap in early December. He’s doubled in weight since we got him but more importantly, the once terrified little fellow is now a happy part of our family.

I got the Canon EOS M mirrorless camera specifically for pictures like this, the little snapshots that won’t mean much to most but mean a lot to me. Composing through the screen instead of a viewfinder meant I could put the camera where I wanted it, so the camera could be at Boo’s eye level instead of mine. The compact 22mm pancake lens is also surprisingly good, although the lack of image stabilization in either the body or the lens limits how much I use it.

Play Simon Says with Ellie and you will not win. She’s good, oh but she’s good.

Raindrops pelt the surface of Canvasback Lake as a greater yellowlegs hunts in the shallows.

A female flicker is thoroughly soaked on a rainy December afternoon. Her family were frequent visitors to the suet feeders in our backyard and I was thankful for it, I have a soft spot for woodpeckers. 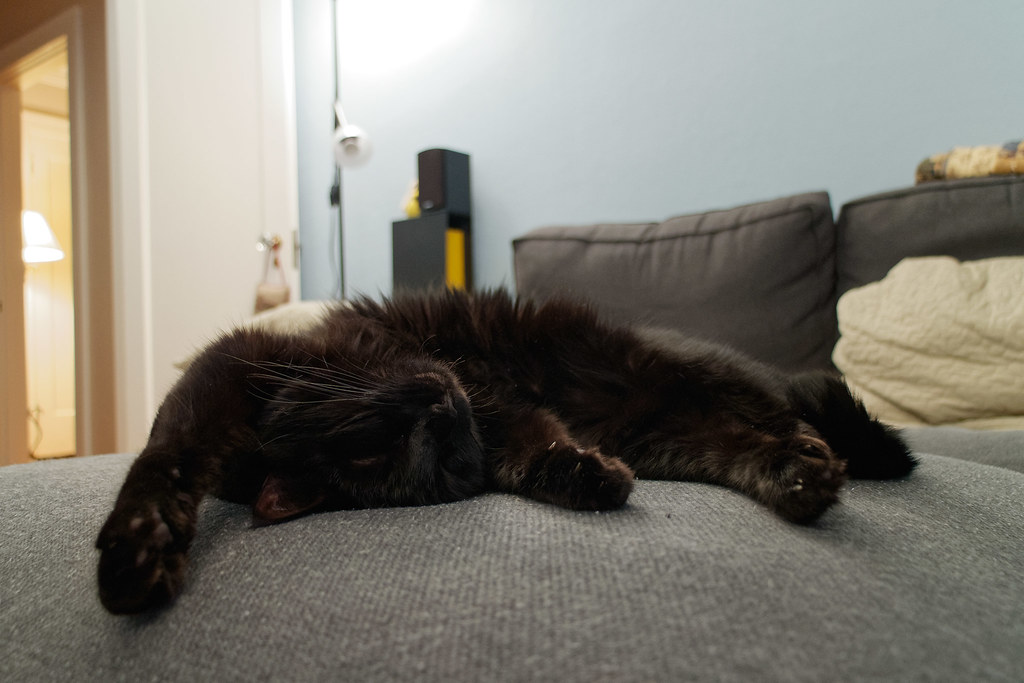 You can tell Emma is enjoying a belly rub when she extends one of her front legs high into the air, then lets it slowly fall as she collapses into a puddle of happiness. 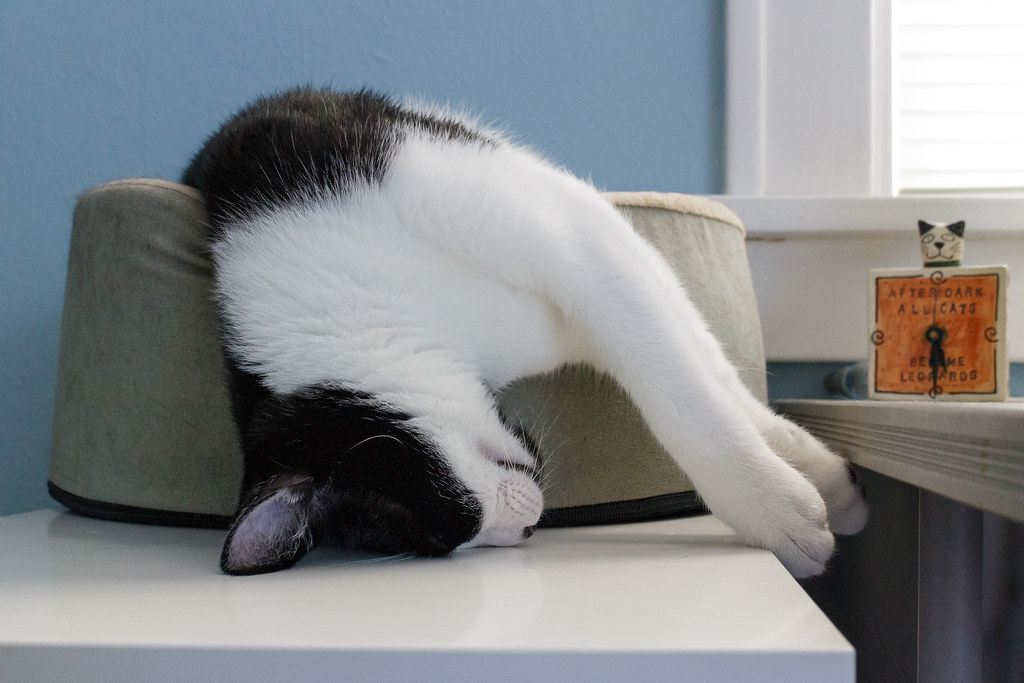 This is Boo at the end of August, he was about 9 months old and had been with us for just under two months. His sleeping position didn’t look comfortable to me but it was one of his favorites. He was skinny enough then to pull it off but it’s not so easy now that he’s grown to full-size.