Late in September of 2008, I was hiking for the first time in the Sunrise portion of Mount Rainier National Park. It was cold and pouring rain but it was the start of a week of hiking and I was in a good mood. As I came across a talus field I noticed an unusual rock at the edge of the path. But when my rock moved as I approached I realized I had just seen my first hoary marmot.

My camera didn’t have any weather sealing and a previous accident had left a gaping hole at the top of the camera, but I couldn’t resist a few pictures. 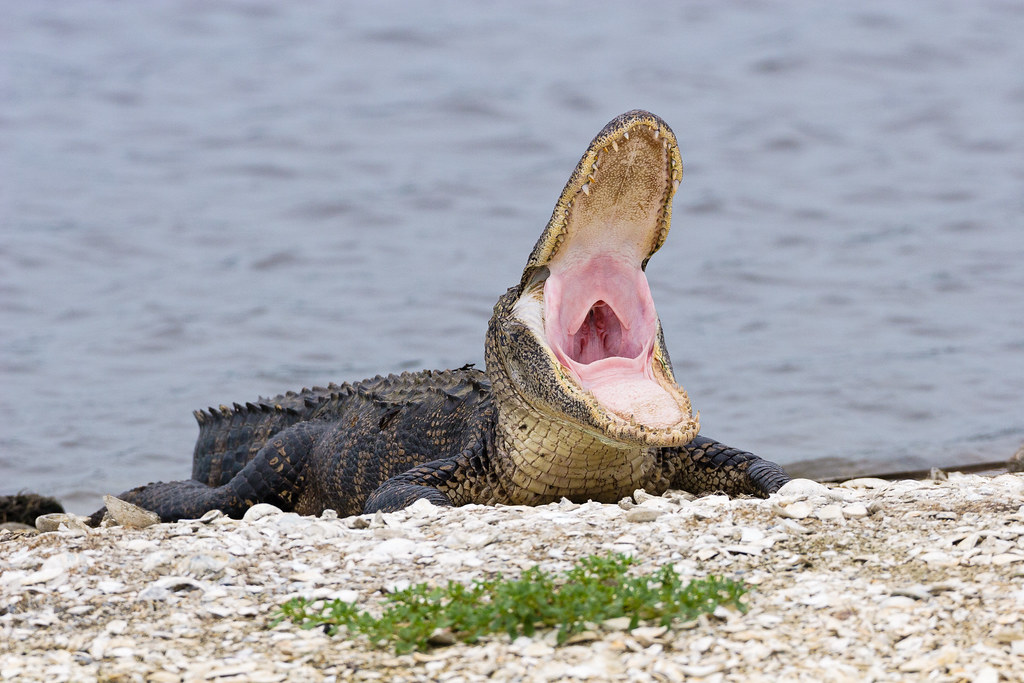 Animals look ferocious when they yawn, some more than others. Huntington Beach is a popular place to swim in South Carolina, but you’re restricted to the ocean and not the freshwater areas. It’s not too hard to figure out why … 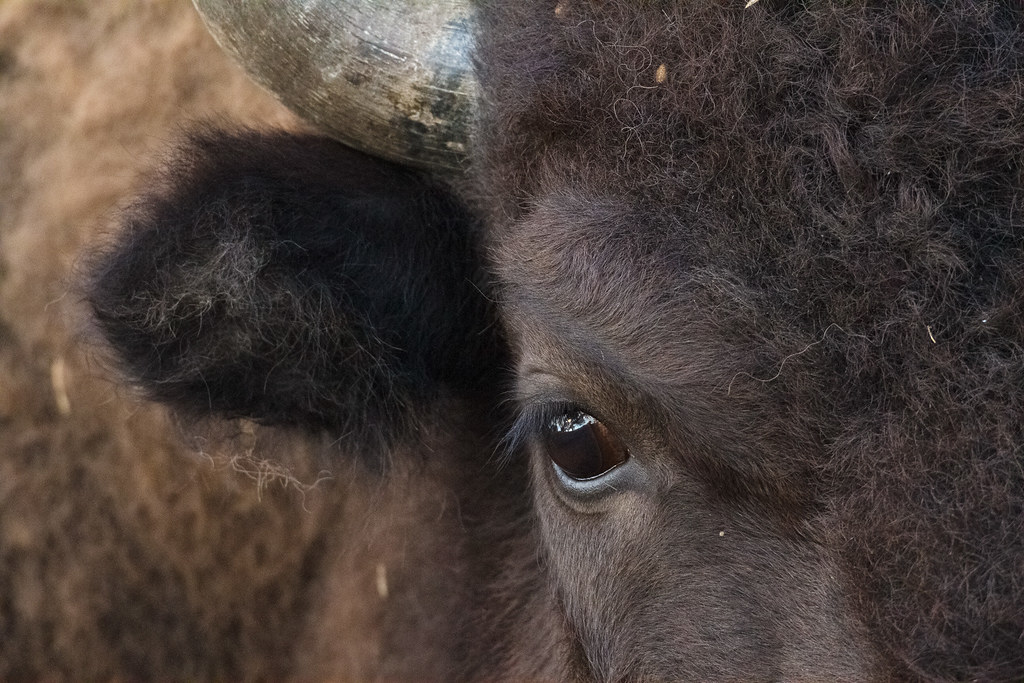 A close-up view of the face of a female bison, part of a herd near the road in Mormon Row in Grand Teton National Park.

A yellow-rumped warbler (Audubon’s) shows off many of his yellow patches (but not the one for which he is named). His patches weren’t very colorful, not sure if it was due to age, diet, or something else. He was visiting the suet feeder in my backyard along with some of our more typical winter visitors, I took the picture from inside my office with the window open (and screen removed).

I didn’t have much exposure to great blue herons before I moved to Oregon years ago, but the ones I had seen hunted in bodies of water, so I was rather surprised when I moved here and saw herons frequently hunting on land. This young heron, as you can see from its muddy beak, was hunting for voles in a meadow. There’s a little bit of blood at the base of its beak, I’m not sure if it’s from the heron or one of its victims.

Sam had been sleeping on my legs when Boo, who had been with us for about six months, came in and snuggled up tight with him. I thought Sam would get up but instead they both fell fast asleep. I wanted to snap a picture as a reminder of how our slow introduction of the shy little Boo had paid off, and thankfully had my EOS M beside me on the couch.

The M doesn’t have an articulating screen so I held the camera out blind and hoped for the best. Thankfully I had the zoom lens attached as it has image stabilization, I needed to stop down to increase the depth of field and in the low room lighting even at ISO 3200 ended up with a shutter speed of a third of a second. It doesn’t combat the blur from their breathing but it did help quite a bit with camera shake.

A barn swallow takes a break from hunting insects over Long Lake on a rainy spring day. This was one of my favorite spots at the refuge to take pictures, the dead tree to which this branch was attached was close to the road and I spent many hours just sitting in my car watching to see what would swim or walk or fly by, but sadly the tree fell over into the lake.

A raccoon hunts along the shoreline of Bower Slough. 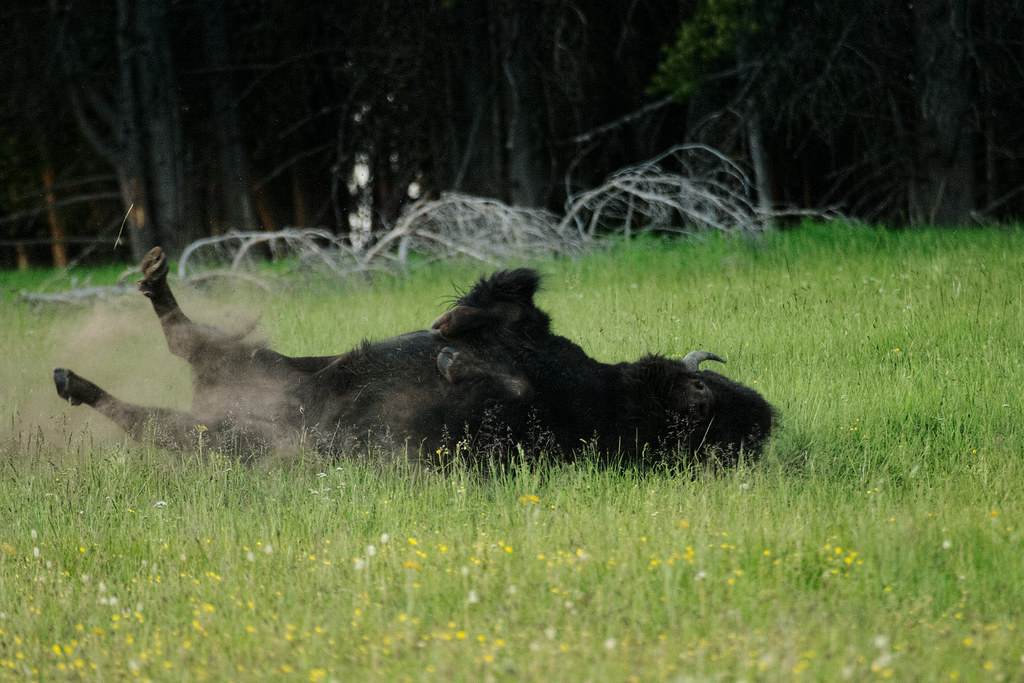 A buffalo takes a dust bath in a wallow beside the Storm Point Nature Trail in Yellowstone National Park.