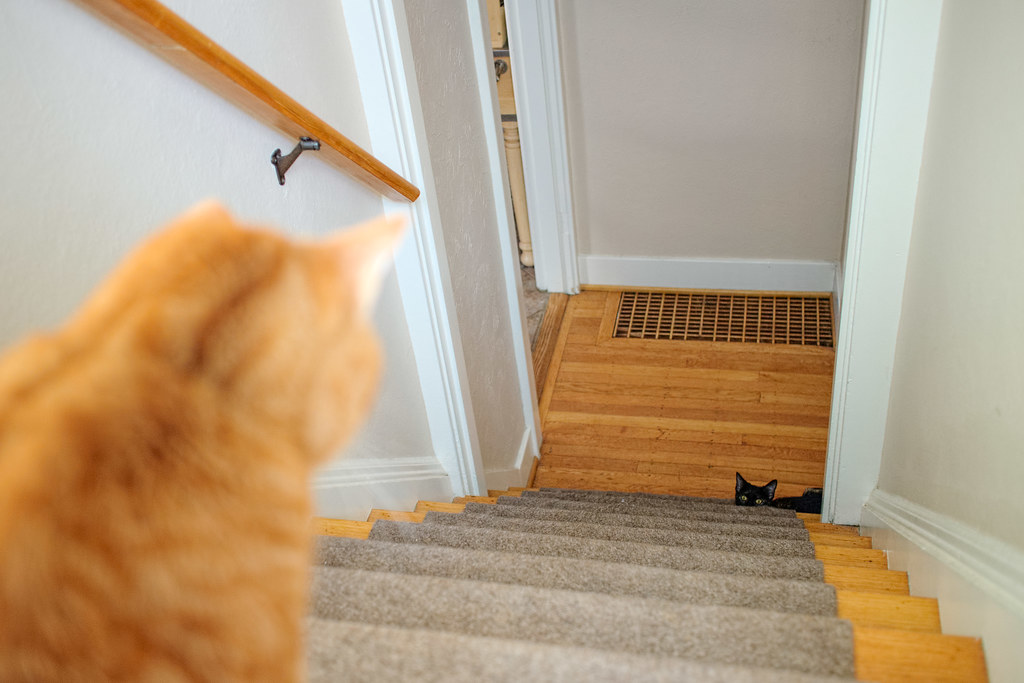 This weekend we finally gave Trixie free reign of the house. She joined me in bed last night and is asleep in my lap at the moment. This picture is from a week ago when we were giving her limited time outside the guest room, you can see in her wide eyes that she was a little too hopped up to be let loose on the other cats full time. That’s Sam beside me on the stairs, trying to decide just what to make of his new little sister. 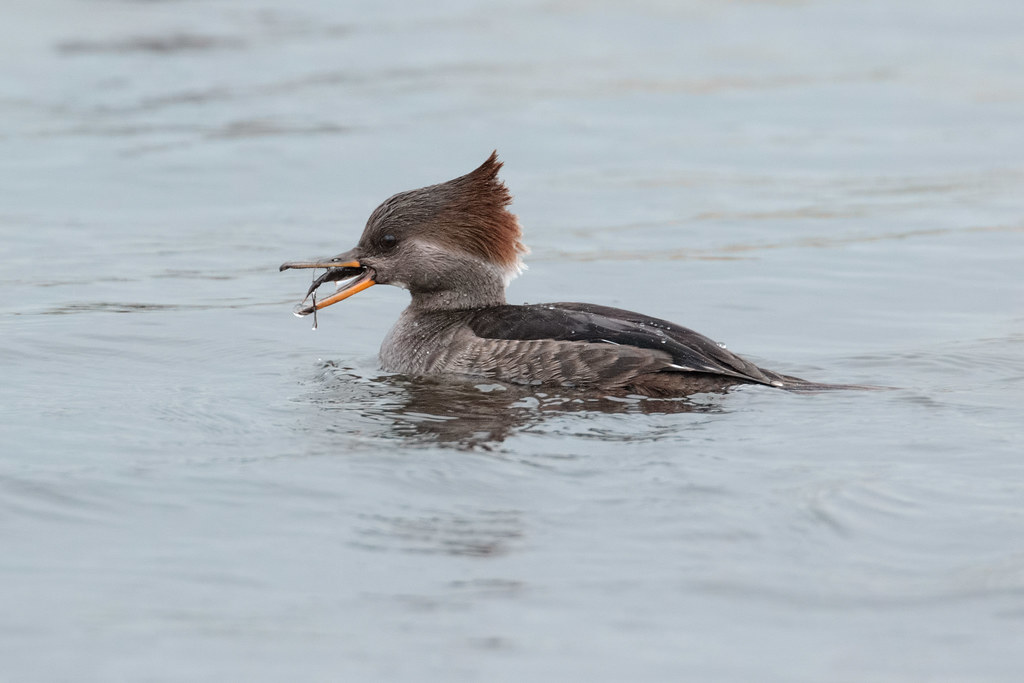 A hooded merganser swallows a fish she just caught in the shallows of Long Lake. She’s swimming away not from me but rather the other mergansers in her group who would be more than happy at the chance for a free meal. Once she surfaces with the fish she’s got to get it oriented head-first, lengthwise down her long thin bill, and toss it back and swallow it. The still squirming fish sometimes gets dropped even when alone, much less in a crowd, so a little private space is always welcome. 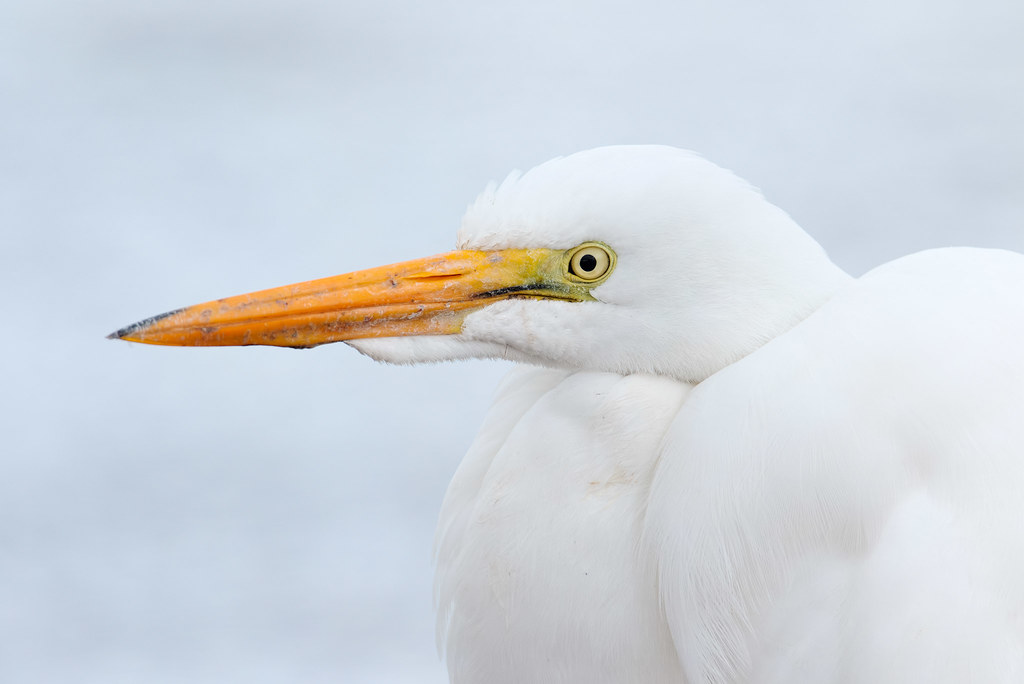 Not only was I fortunate to be able to photograph great egrets numerous times in December, but even on this day I had several opportunities, including full-body portraits as one caught numerous bullfrogs. There were times I saw egrets very close to the road but in each case someone else had stopped and, rather than risk spooking the bird, I continued past.

Late in the day I got my chance at a close look when I came across this egret at Rest Lake. It was mostly watching the water for frogs but occasionally if another car came past it would gently turn its head in my direction. That rarely happened as there was a sudden lull in traffic, but I spent a lovely twenty minutes watching it at close range before it finally took flight to chase off another egret that had flown in a ways down the shore. 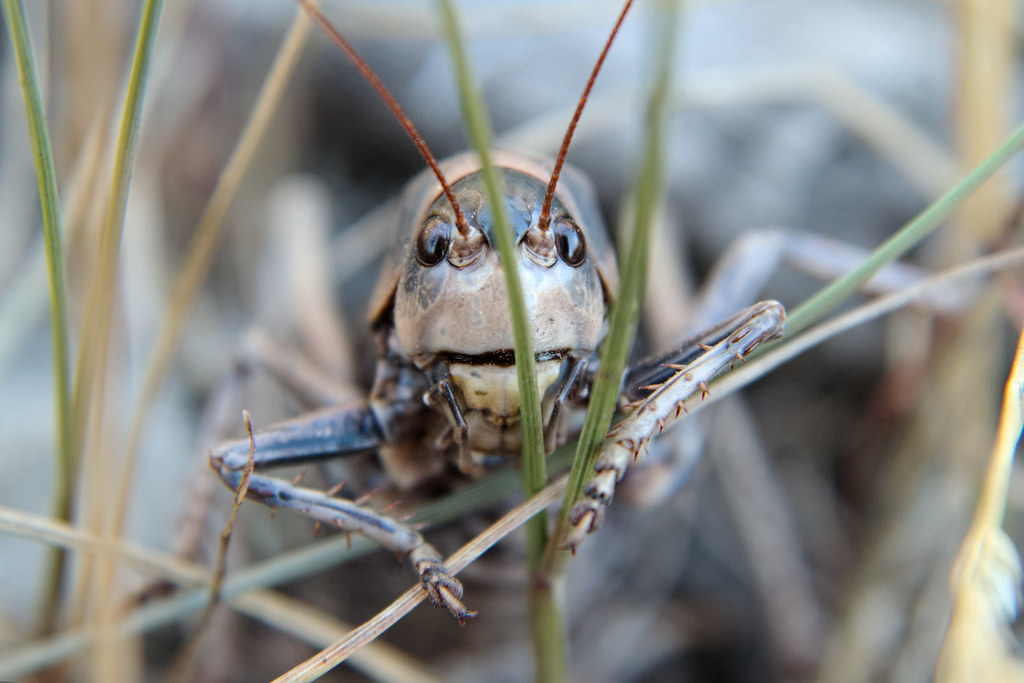 My visit to the Tetons in 2011 got off to a slow start. I hadn’t seen much wildlife and while the scenery was beautiful as always, the light and weather weren’t cooperating. In the mood to try something new, I hiked a trail I hadn’t been on before, the Two Ocean Lake Trail. In the meadows I was startled multiple times by creatures moving in the grass that reminded me in size and mass of frogs, but they looked like giant grasshoppers. I had no idea such things even existed, not having seen them before (or since), but they were Mormon crickets. They’re actually katydids, not crickets, and lack the ability to fly. 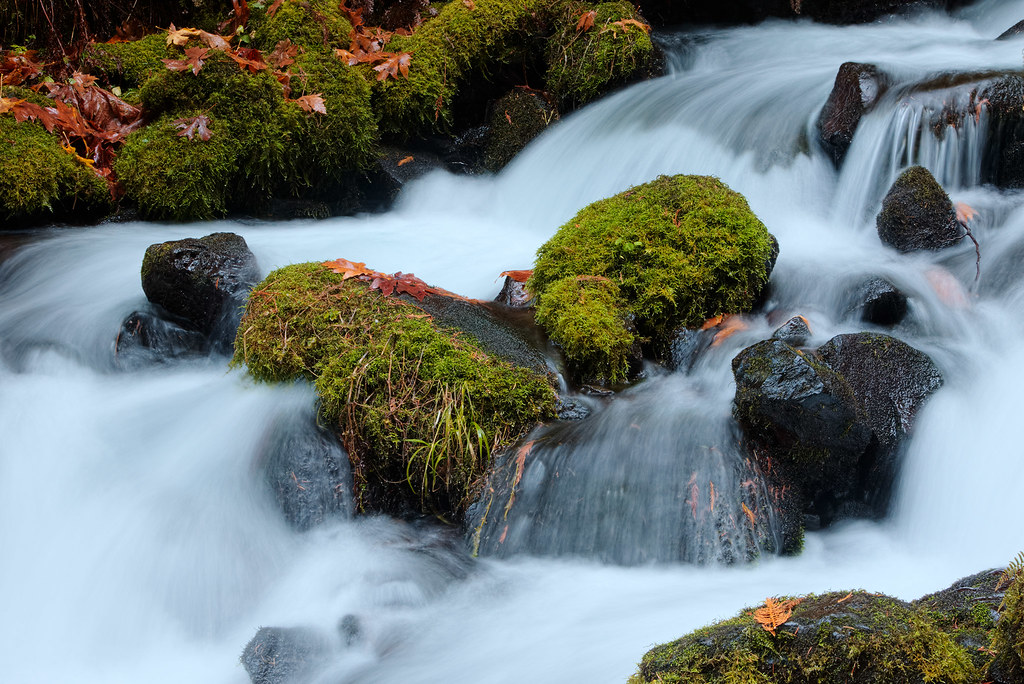 I photographed this mountain stream on the trail above Wahkeena Falls in the fall and realized when I got home that I had photographed these same rocks a few years earlier. I love the look and sound and smell of mountain streams and the Columbia River Gorge never disappoints. While I find the picture calming, the trail is popular and I had to keep moving the camera when people approached to avoid blocking the trail with my tripod. 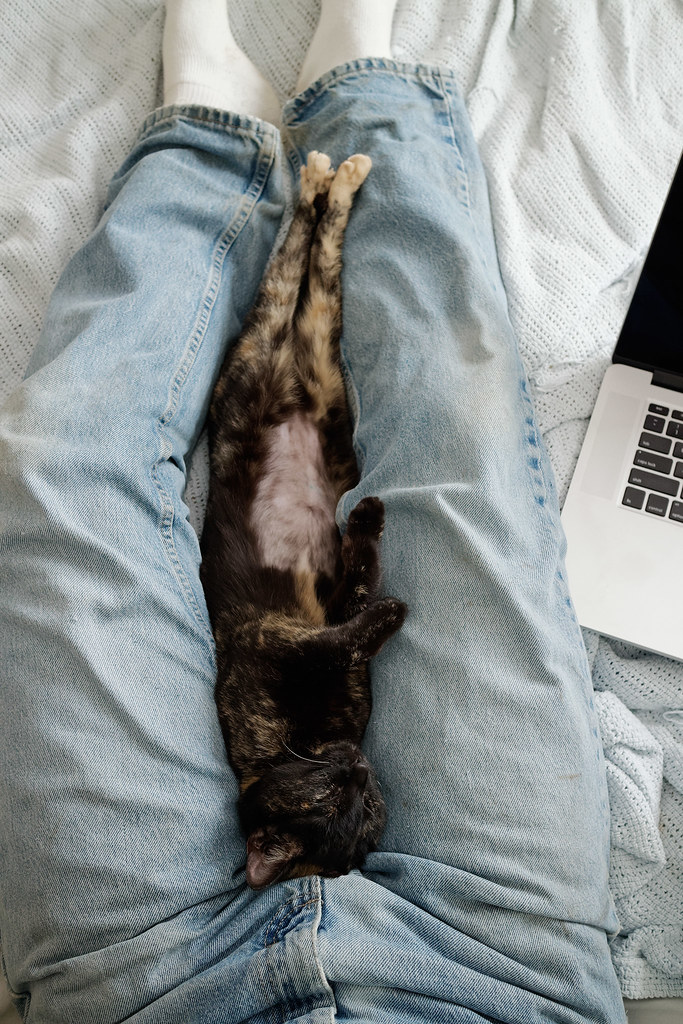 Trixie’s introduction to the rest of the family is proceeding apace but she’s not yet been given free reign of the house, we’re still keeping her in the guest bedroom at night and while we’re away. Boo is still rather uneasy around her but he is making progress and in the past couple of days has been willing to play when she’s around. Trixie, for her part, seems quite comfortable in her new home, as you can see when she stretched out on my legs a few days ago. You can see where they shaved her belly for the surgery when she was spayed. 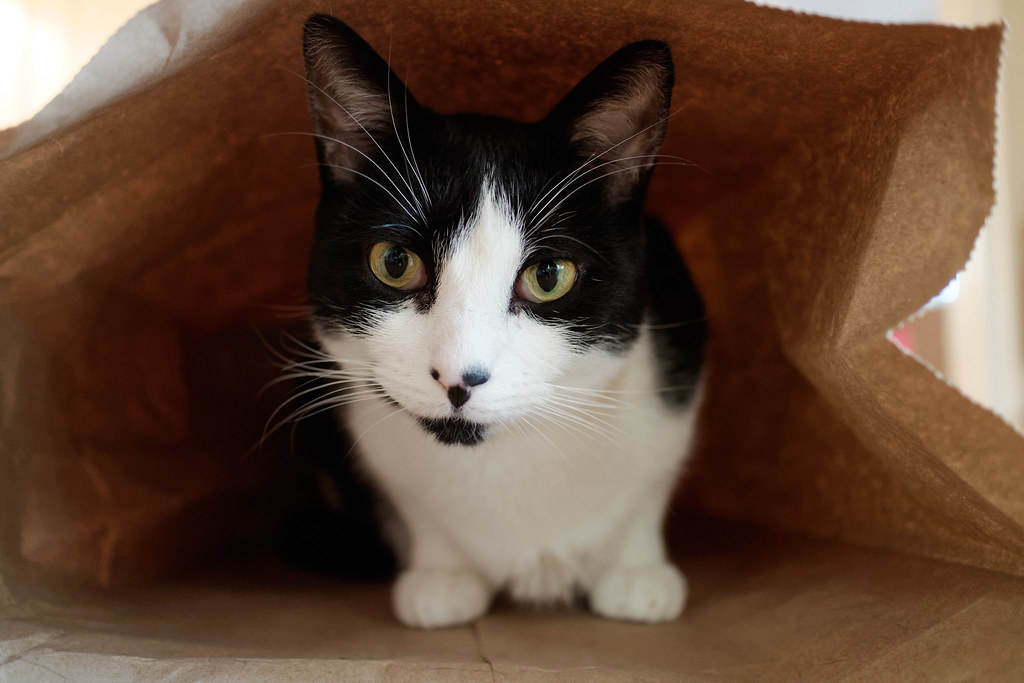 “Do you ever wonder if life is an illusion and we’re all really just sitting in a paper bag?”
“Not really, Boo, but I bet it kept Descartes up at night.”
“Nihil enim somni ergo sum.”
“What?”
“I can’t sleep, therefore I am.”
“Maybe it’s time you came out of that paper bag.”