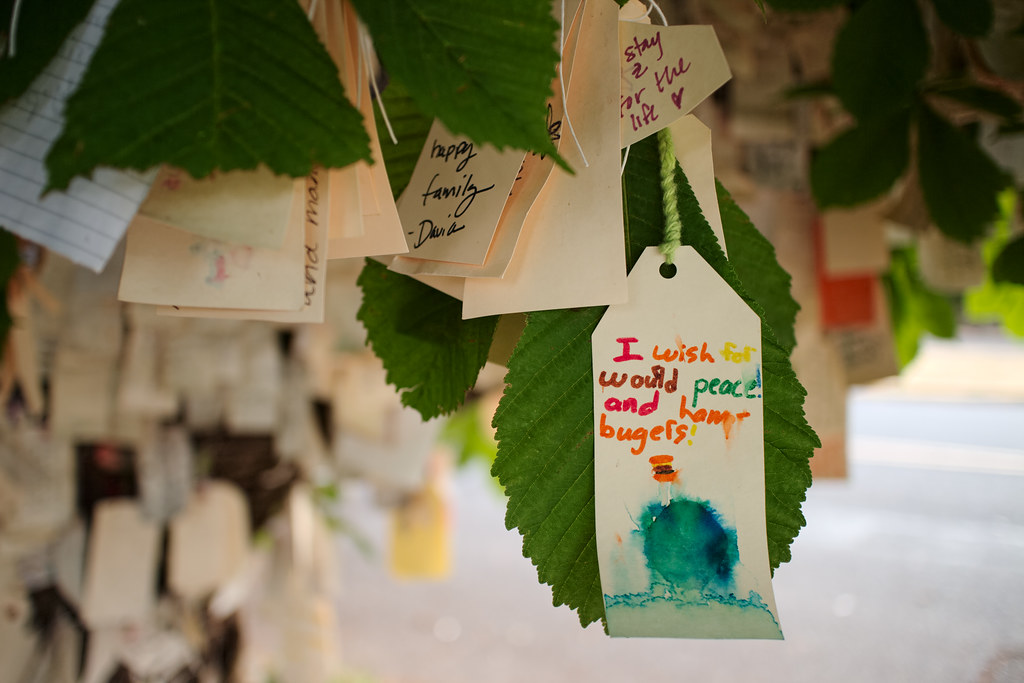 I smiled when I saw this tag on the Wishing Tree, a wish first for something both altruistic and impossible, followed by one both pragmatic and easily attainable. 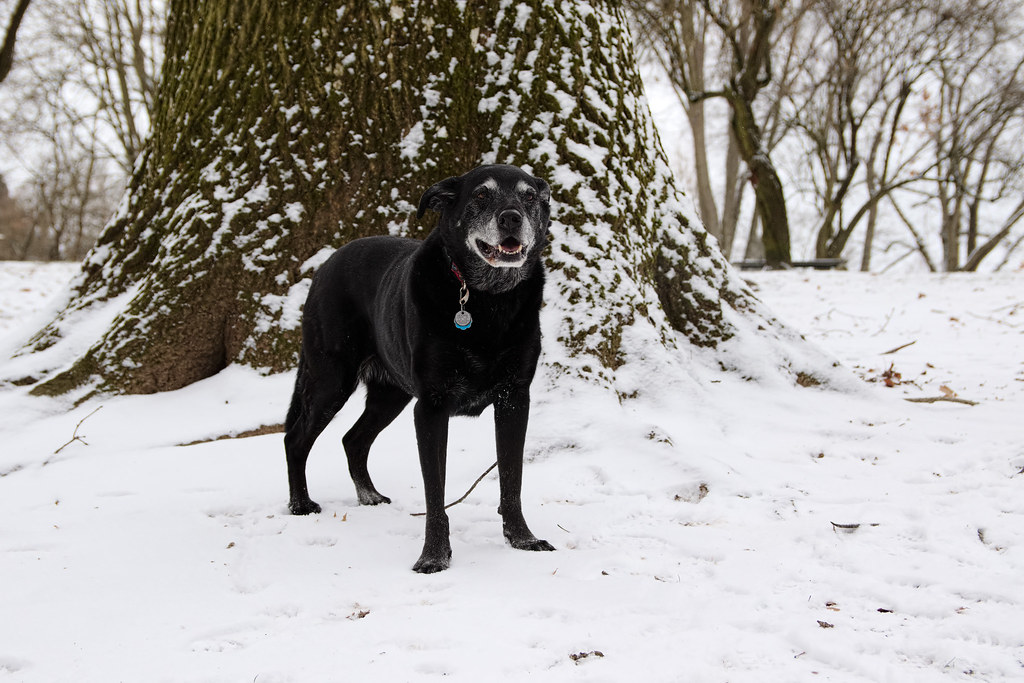 Snow is not common in Portland so when we got some unexpected snow we took Ellie on an extra walk in the afternoon so she could enjoy it. It was snowing on our morning walk and continued during her annual checkup at the vet but had stopped by the time we took her on her second walk. The freezing rain had just started by the time of her evening walk, which by the next morning left everything coated in ice and Ellie refused to go on any more walks until it melted. She hates ice as much as she loves snow.

Her vet visit showed that her thyroid levels are really low, which might account for some things we had chalked up to aging like her reduced stamina. She’s taking medicine now but it’s too soon to see any improvements. I was thankful for my little Subaru while taking her to the vet, as given the rarity of snow we only have all-season tires, and the car handled the snowy streets without complaint. I left it parked the next day as our streets were solid ice, even snow tires wouldn’t have helped then. Thankfully warmer weather returned the next day and the streets cleared up, although the yards and sidewalks took a bit longer.

This picture is taken at the edge of the dog park at Irving Park, one of our stops on our walks in the neighborhood. 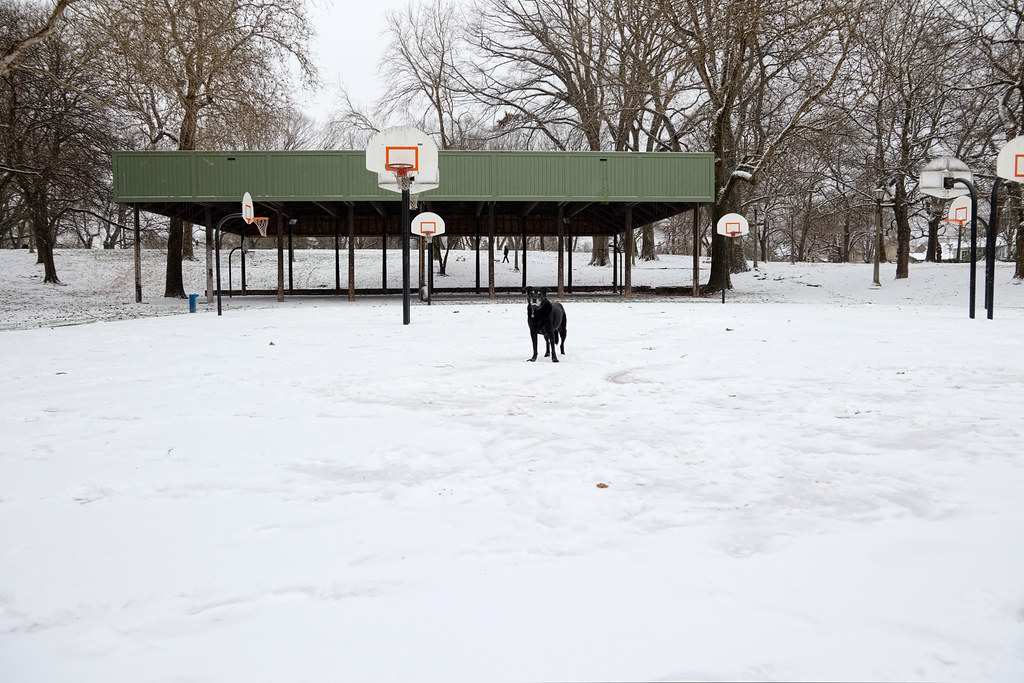 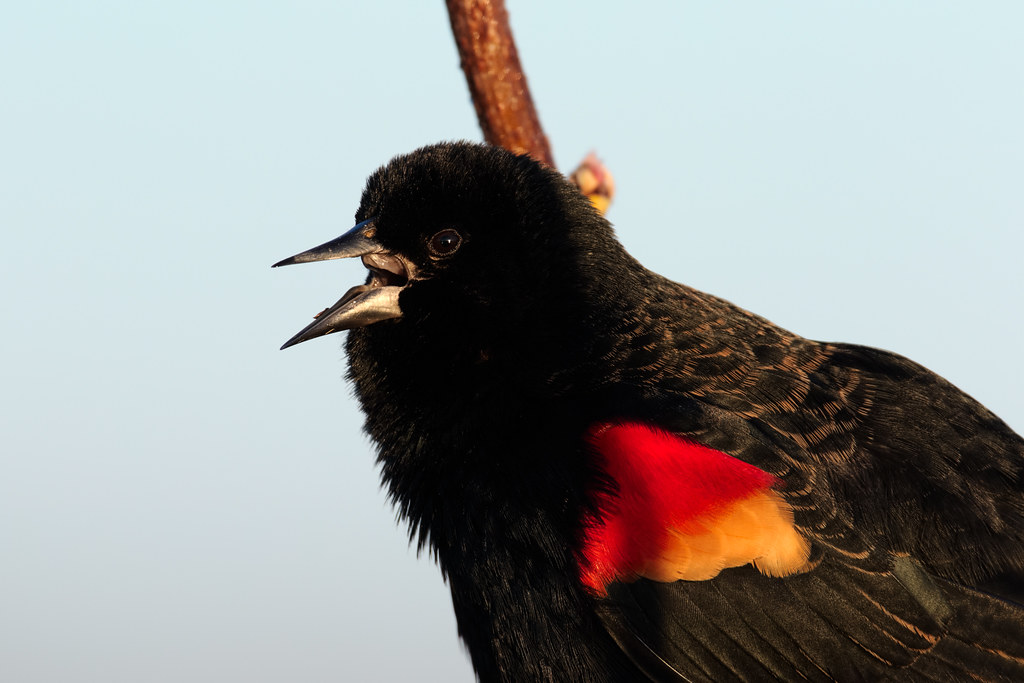 Before returning in December, my previous visit to Ridgefield had been in January not long after Emma died, so at first my heart wasn’t in it. But after spending a long while watching a male red-winged blackbird at South Quigley Lake, I began to enjoy myself and stayed longer than I had initially intended. So I was looking forward to seeing them again this time but I didn’t see a single one in my first few visits. On the fourth trip I heard them but didn’t see them. I did finally see one on my fifth visit but didn’t get any pictures until the seventh, when this lovely male sang for me as the sun rose behind us.