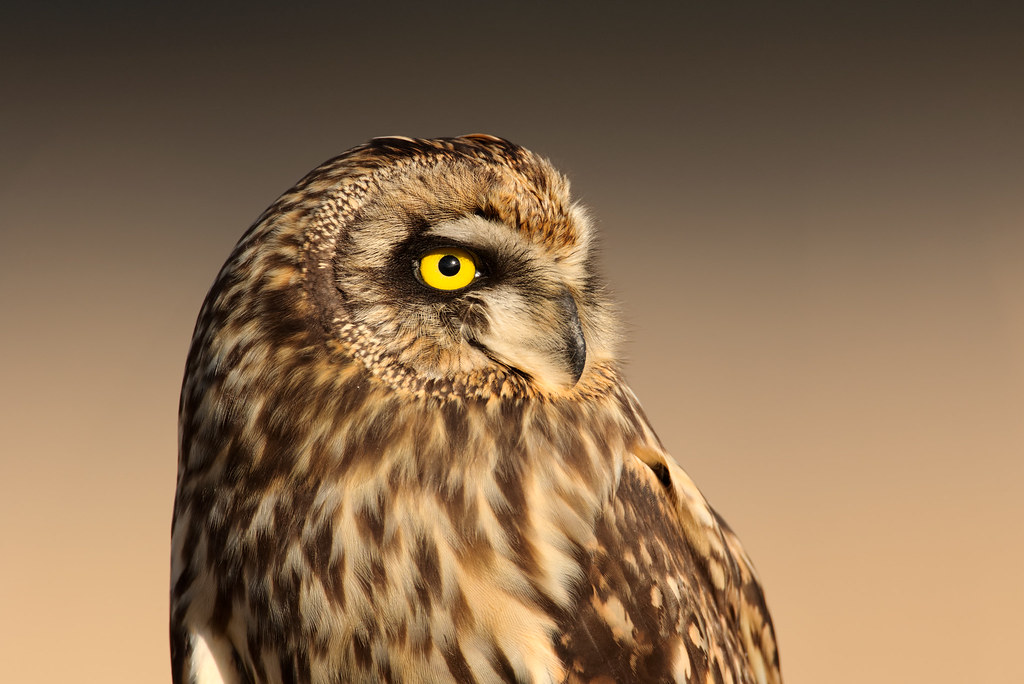 Perhaps miracle is a bit strong, but I was delighted to find this short-eared owl on Christmas along Ridgefield’s auto tour, it had been almost a decade since I had last seen one. I didn’t have much time for pictures as there was a car approaching from behind and I wanted them to see the owl too. Since I already had my big telephoto mounted I took some quick head-and-shoulders shots. I was shooting out of my car’s window, so to get a slightly different look from the top picture I lowered the window to get more of the distant trees as a green background to go along with the brown grasses around Rest Lake. I then moved on and in my rear-view mirror I saw the folks behind me got a nice look too. 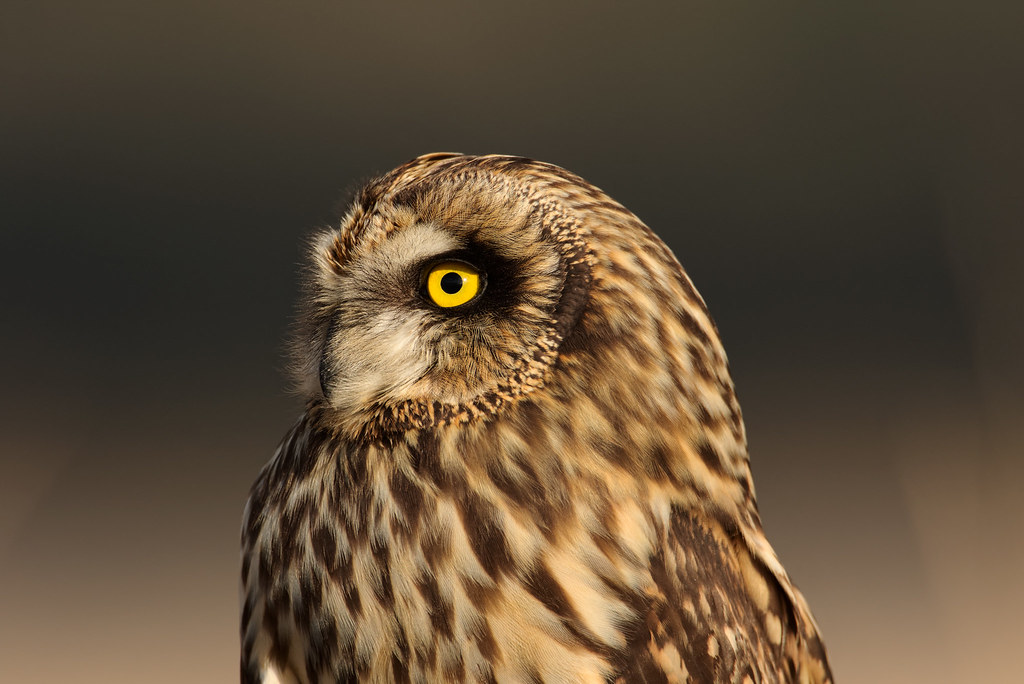 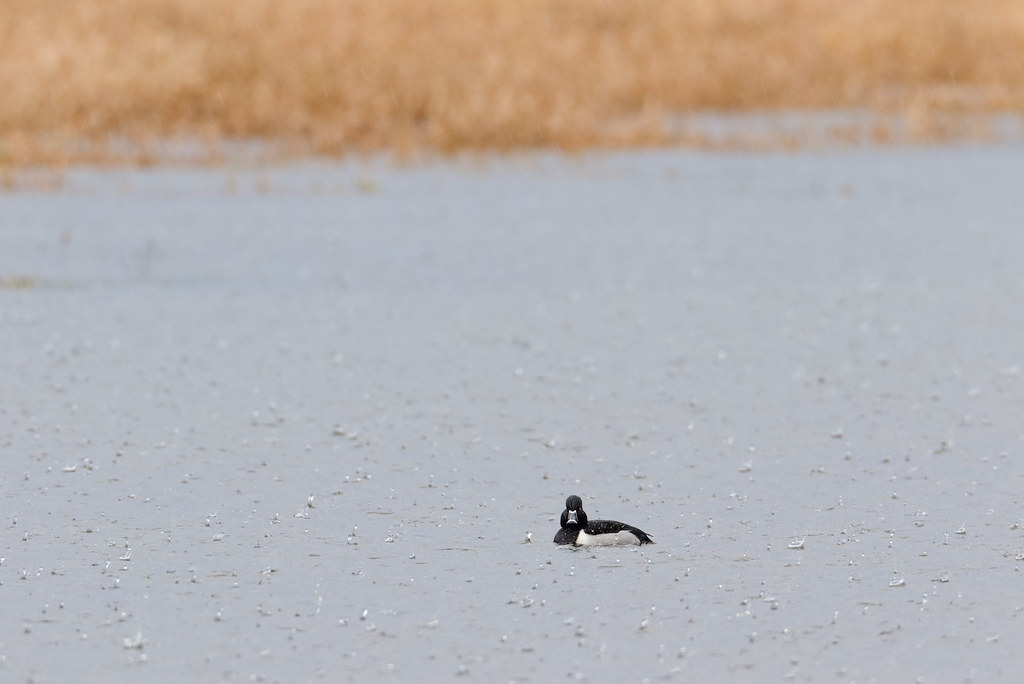 I was sitting next to Bull Lake for a while, watching a male bufflehead diving for food and photographing him whenever he swam close. I’ve been wanting to take more environmental portraits so when he moved a ways off I turned my lens to this distant ring-necked duck as the rain moved in. I was happy enough with the early pics but then the rain turned heavy and pounded the water in large drops. Ducks are built for the wet of course but even so I felt a bit sorry for him as the water exploded around him. The hard rain lasted only seconds, then he and the other ducks resumed their feeding.

If you’d like a closer view of what a ring-necked duck looks like, I took this picture almost a year earlier just one lake over. It was also raining, but only lightly. 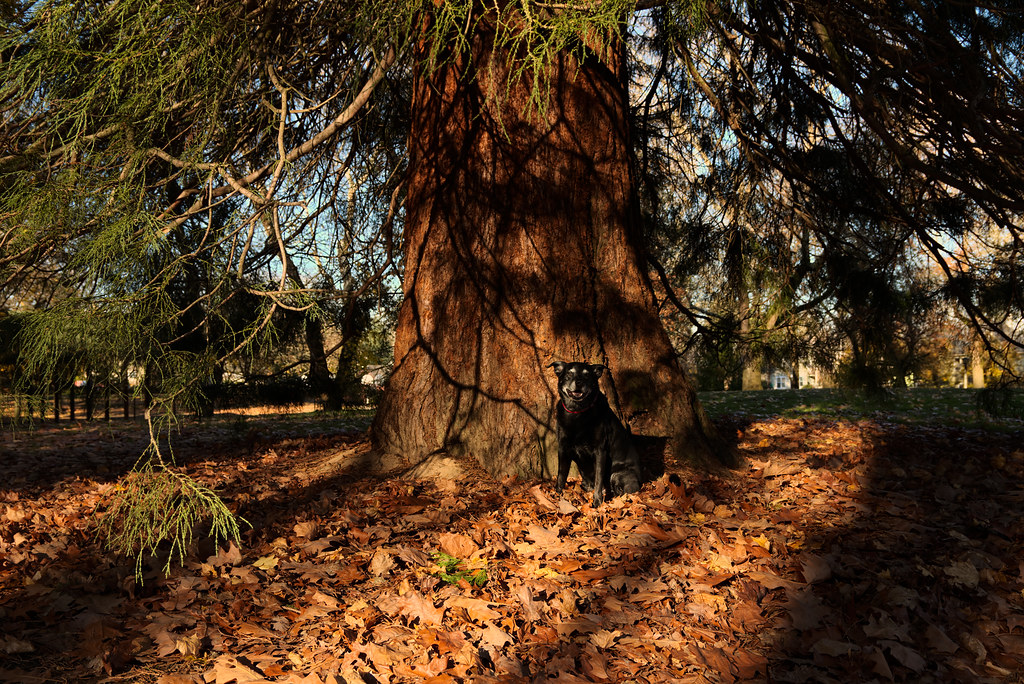 We had a sunny day on the weekend after Thanksgiving so I brought my camera along on Ellie’s morning walk to take some pictures in Irving Park. I had in previous weeks hoped to take some fall pictures with her but the groundskeepers had been too efficient at removing the fallen leaves (not to mention Ellie’s beloved acorns). I noticed a clump of leaves under the canopy of this old tree so I took Ellie’s leash off and made her pose for me.

I’m extremely thankful for this sweet pup who has blessed our lives for seven years, and also for this nice little park just a few blocks from our house where we can walk her (the dog park is a little ways over to the left). And I’m thankful too for people many decades ago who decided not to chop down some of the old trees in the park, I never get tired of seeing them on our walks.

It had been a long day for Sam, he spent the day at the vet getting his teeth cleaned and a tooth removed. We kept him in isolation for the night since he had to be fed in stages and we wanted to keep an eye on him and make sure he didn’t throw up. It wasn’t easy at first as he made several (successful) escape attempts, but I finally got him settled in and he snuggled up in my lap and started purring loudly.

A while later to my great surprise Trixie came sauntering out from under the bed so I had to put her outside the room without letting Sam out. After he finished his food I let Ellie in as she had been patiently waiting on the other side of the door (patiently waiting apart from the occasional loud sigh or tapping of toes) and then Sam and Ellie both took a nap.

He earned his freedom and at the moment is curled up in his usual spot on my legs. 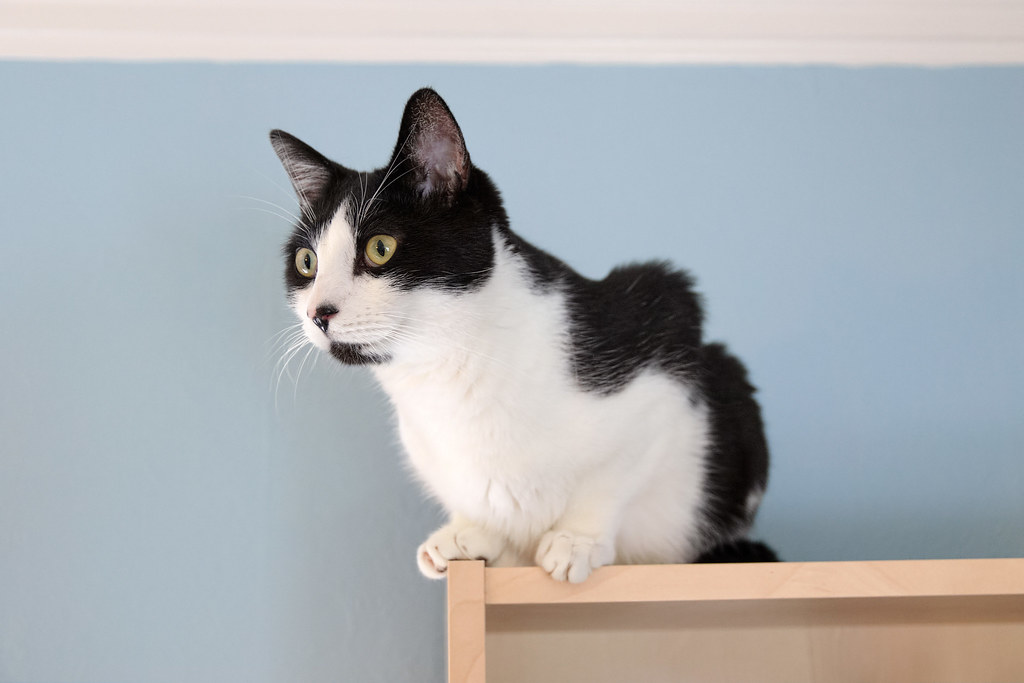 My wife texted me at work this morning to let me know Harper Lee died. I had mixed feelings, given her reported health it seemed like it was her time, but I was still sad at the loss of someone who gave me something so beautiful. Her novel To Kill a Mockingbird is my favorite book, and my wife loves it too, so when we adopted a little black-and-white kitten in 2001 we decided to keep with the literary names that started with our cat Templeton and named our new kitten after the wonderful Scout Finch. An amazing bond formed between my beloved Scout and I for the next twelve years until cancer took her life. We then adopted another black-and-white kitten, a terrified little thing who shook with fear when we met him, and named him after another character from the book, Boo Radley (this is Boo perched on top of my bookcase).

When we adopted a kitten last year after Emma died, while casting about for a name we considered naming her Finch, both as a nod to the Finches in Mockingbird and to my love of birds, before settling on Trixie. Hopefully we won’t need to name a new pet for a long time to come.

Goodbye Harper, and thank you. 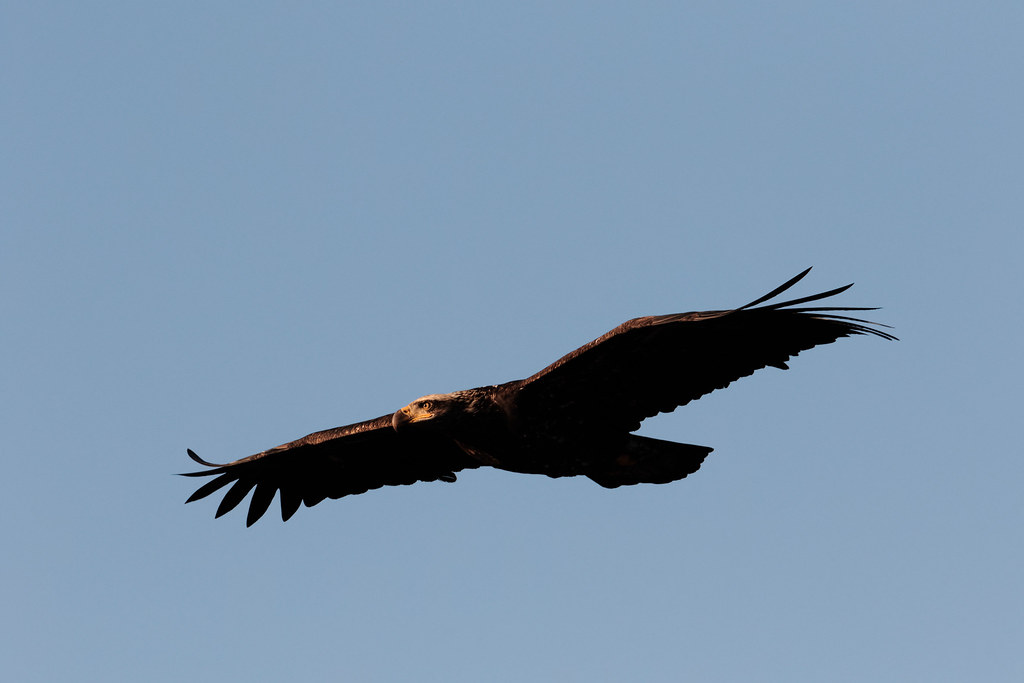 A bald eagle soars above Rest Lake on a cold winter morning. Next winter it should have the full white head from which the bald eagle’s name is derived, and I suspect it will attract much more attention from the resident adults as well. For now, though, its competition seemed to be the other young eagles on the refuge. 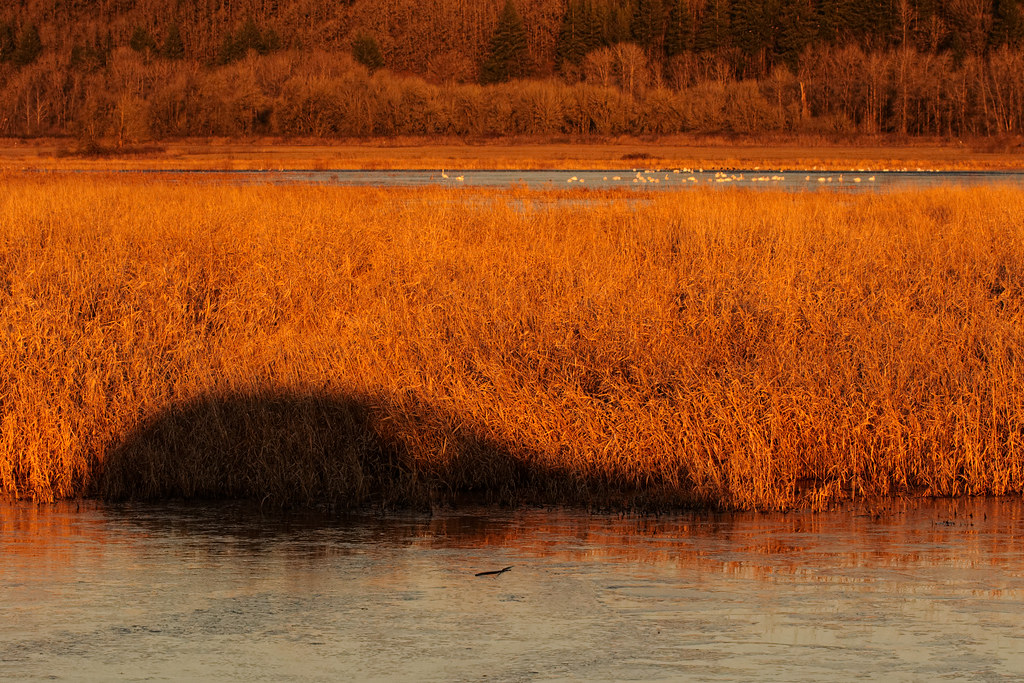