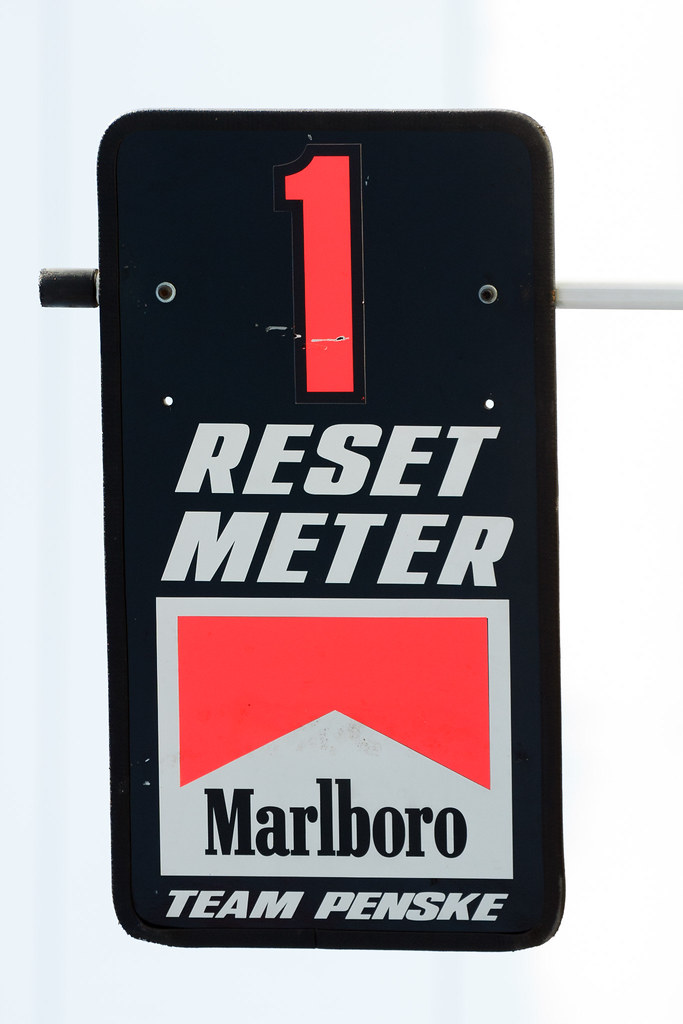 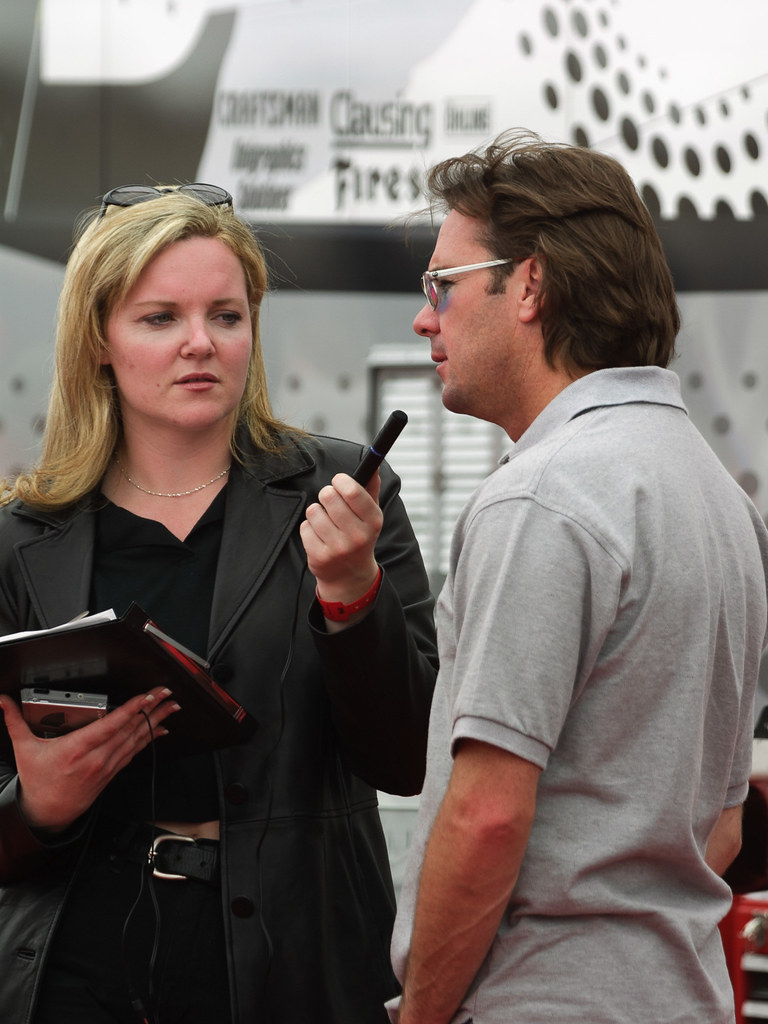 Jimmy Vasser, driving for Patrick Racing, gives an interview at the end of Friday practice for the 2001 CART race at Portland International Raceway. I couldn’t hear what they were saying but I like to think she opened her interview, like all great interviews, by asking his favorite Knock Knock joke. To which the proper answer is, of course, banana/banana/orange. Did you give the right answer Jimmy? 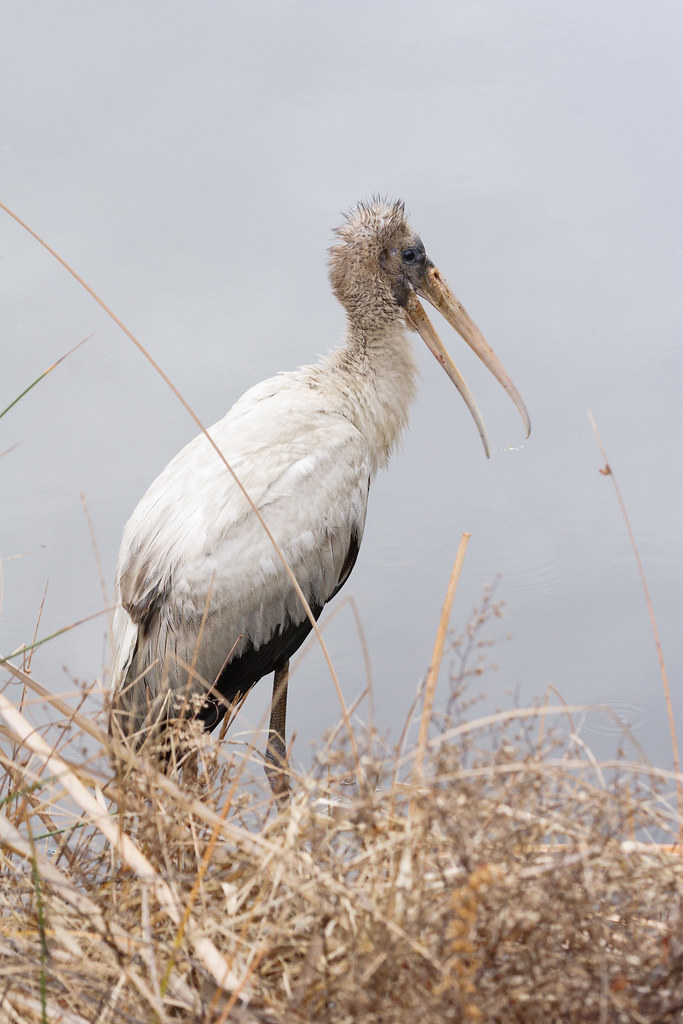 A juvenile wood stork hunts the edge of the freshwater lagoon at Huntington Beach State Park in South Carolina. As it grows into adulthood it will lose the feathers on its neck and head. 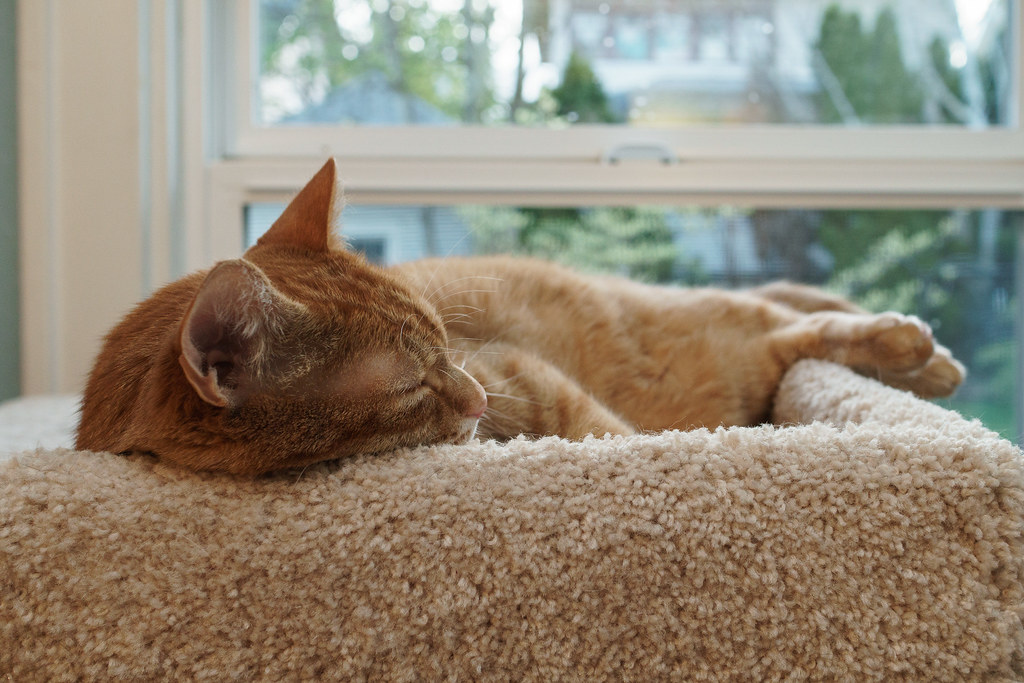 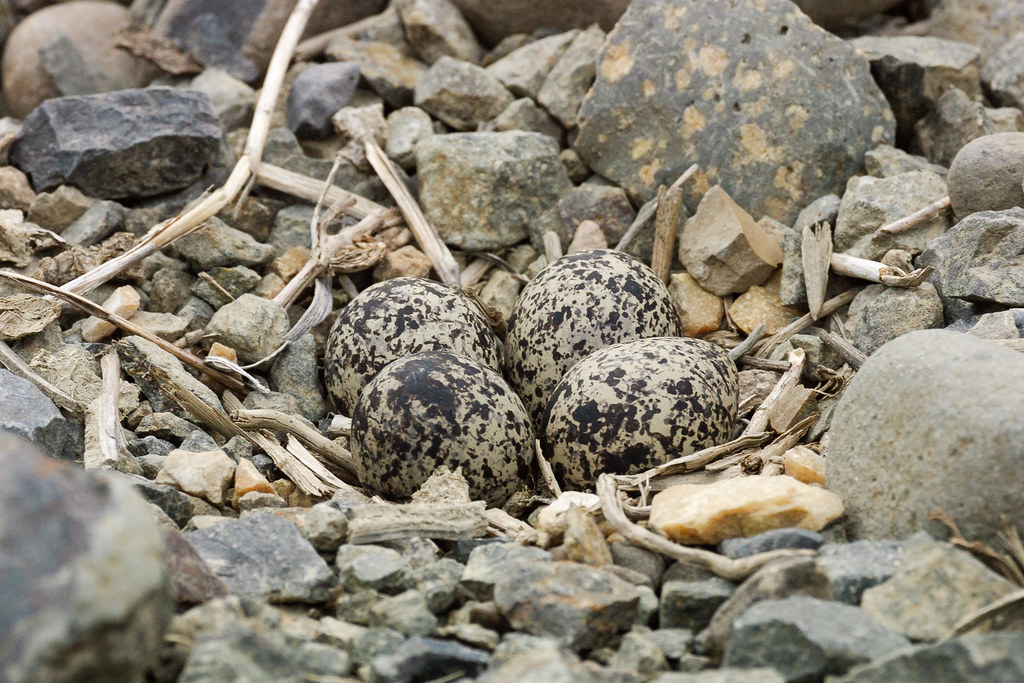 Killdeer nest on the ground in a shallow depression, often in gravel or sand, which is a bit of an issue at a place like Ridgefield where a gravel auto tour runs beside the many small ponds. A killdeer had laid four eggs in this nest at the edge of the road near the end of the auto tour, where the camouflage of the eggs will work against the likelihood of them not getting run over when the parents aren’t on the nest. 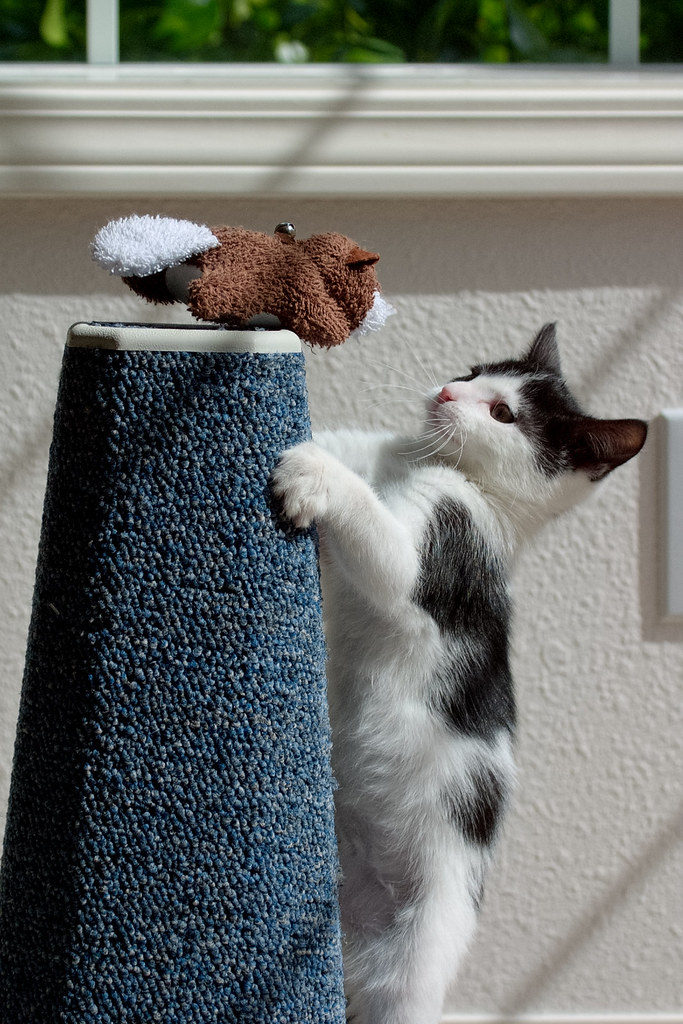 I switched to a digital camera at the end of 2000 and I’m very glad I did, I enjoyed photography in the film days but with digital my love grew by leaps and bounds. However the primitive autofocus of that camera had no hope of keeping up with the two month old kitten we adopted in May of 2001, so I put Scout’s beaver toy on top of the scratching post and ran back and turned around and focused on it instead, hoping to get set up before she jumped onto the post. Part of me would love to go back in time with my current camera and experience to photograph my beloved Scout again, or even leave the camera behind and just spend a few minutes with her, but part of me is afraid she wouldn’t recognize me at 50 instead of 35 and I don’t think my heart could stand it. 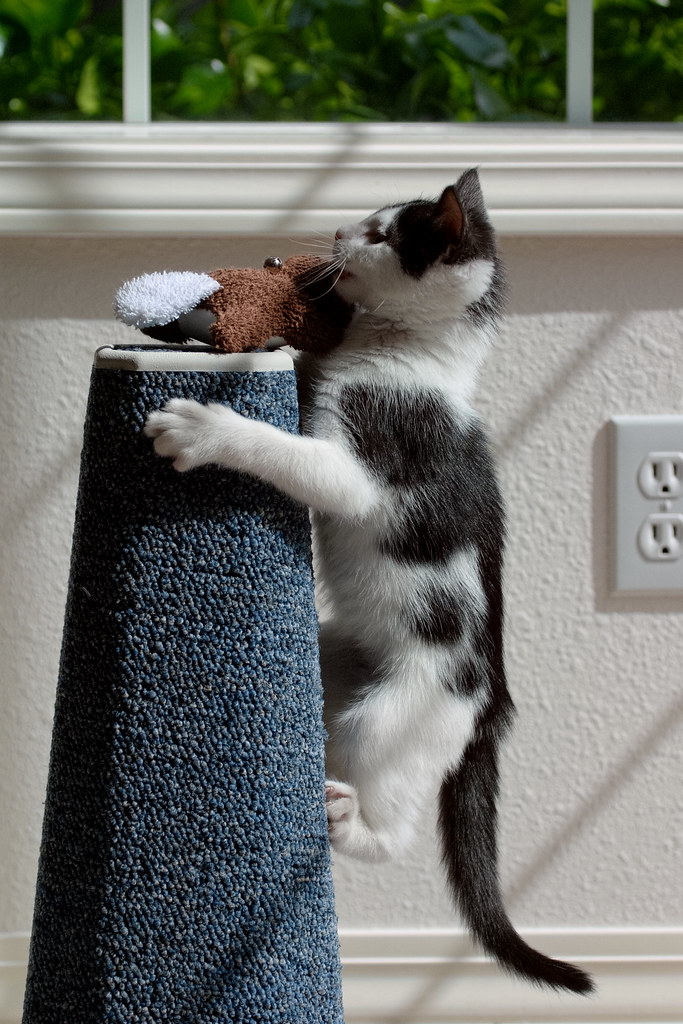 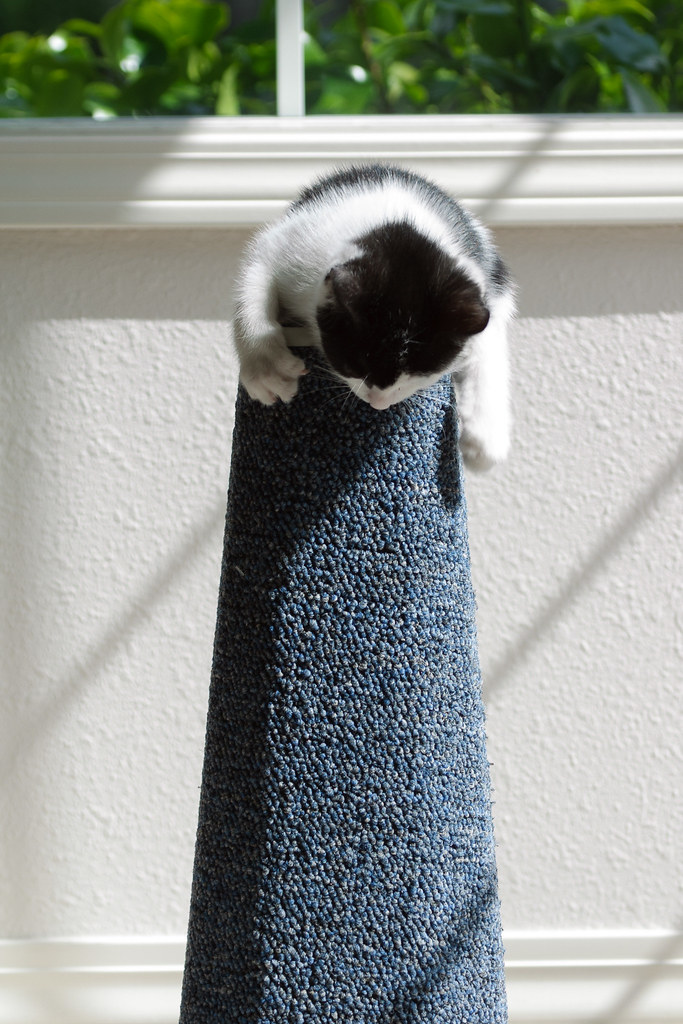 Scout at two months in 2001. Although the base of the scratching post is just out of frame, she was a fearless climber from the get go. 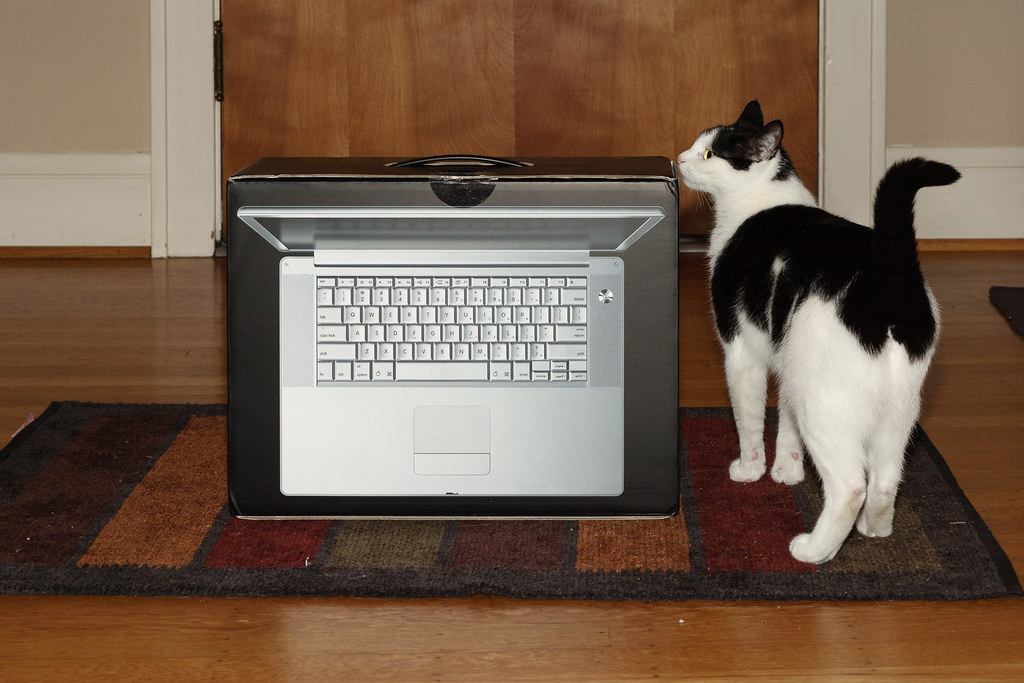 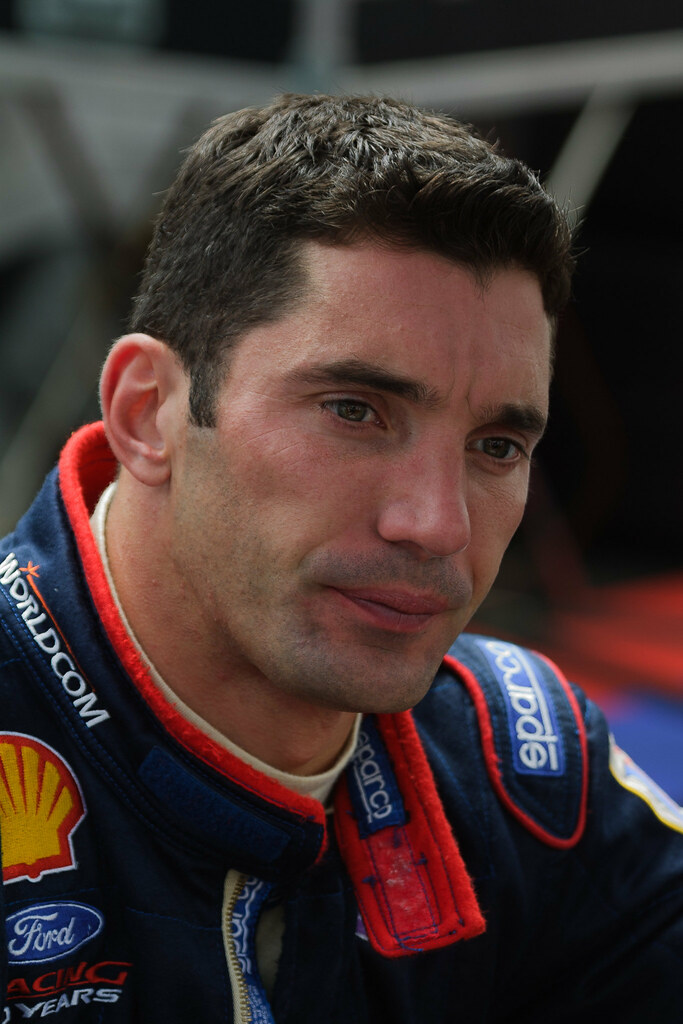 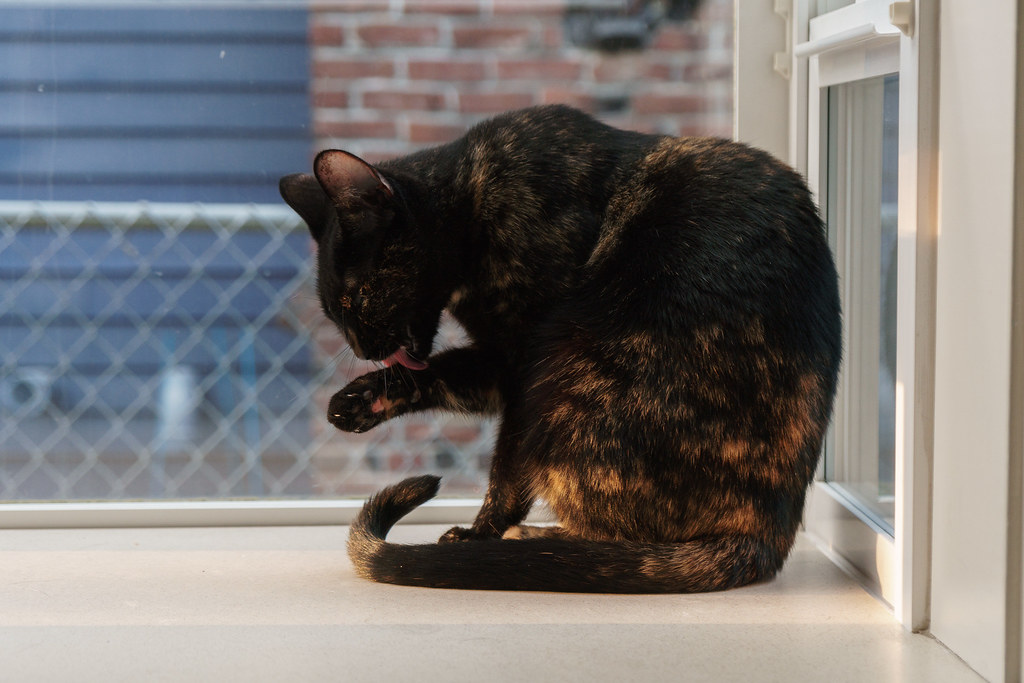 I’ve heard tell the liberals in Oregon bathe right in front of the windows, offering no apology, feeling no shame.