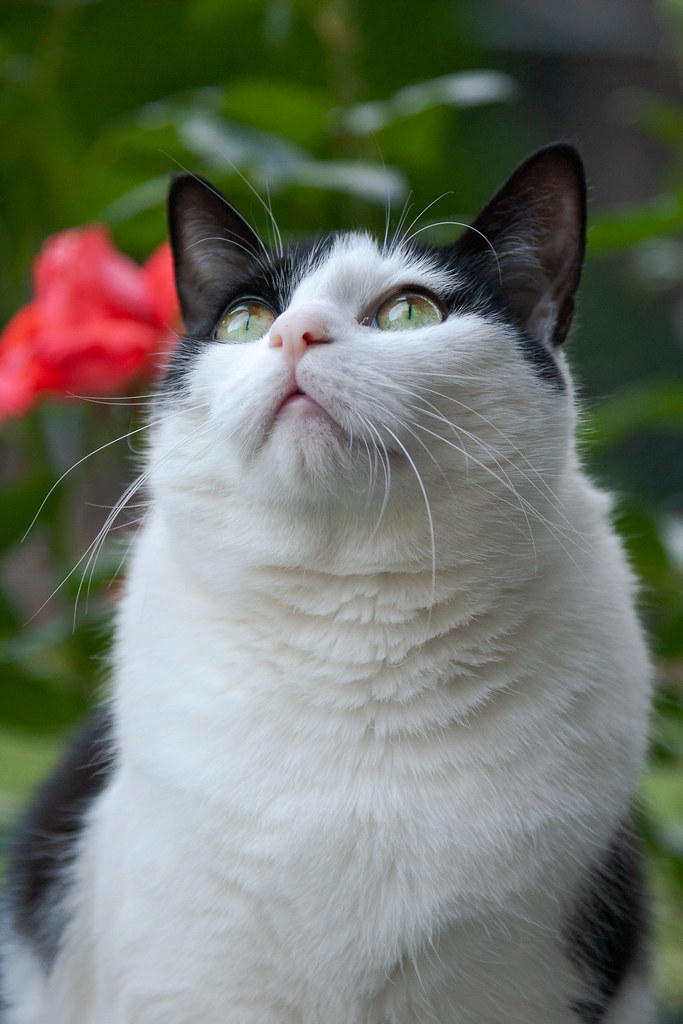 I had the nicest dream last night, which is certainly not the norm.

It was a sunny afternoon, and Templeton and Scout and I were all playing in the backyard, just like we did every summer afternoon. It was one of those dreams that just goes on and on, nothing but the three of us playing. When it was time to go in, I went to the door and called the cats. They came running to me, and as Templeton ran up to me he vanished before my eyes.

Gone but not forgotten.

Today’s picture comes from this summer, I had taken them outside after work like always. It was getting late in the evening but still plenty of light so not time to go inside. Scout was sitting in front of one of the rose bushes when a scrub jay landed on the roof, causing her to look up.