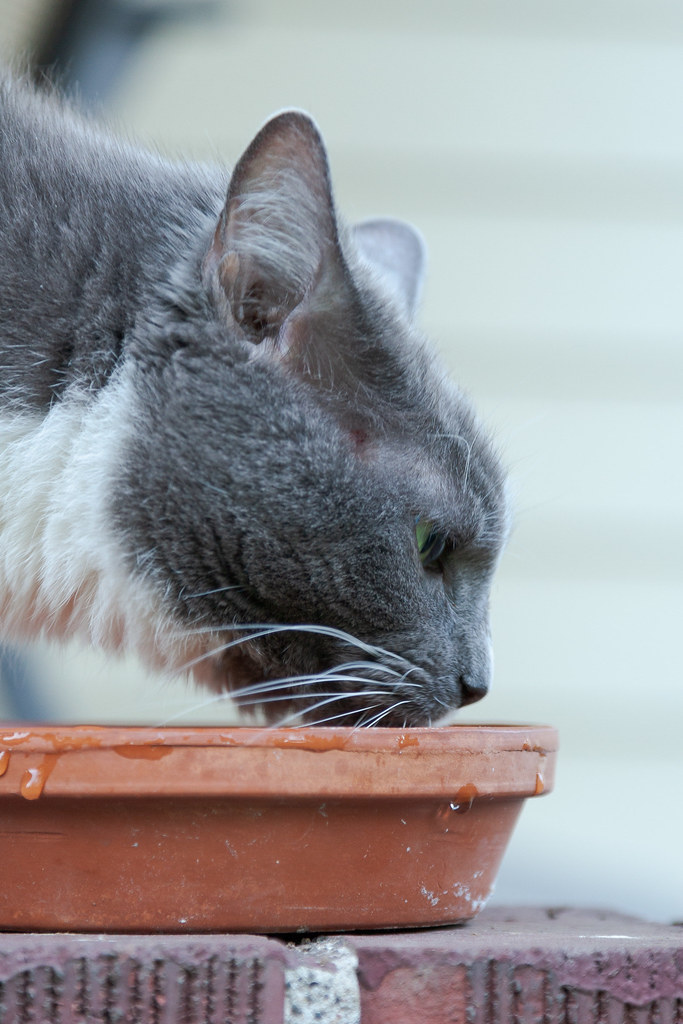 Templeton had a drinking problem. Not that he’d get loaded up on hooch while scatting about town, more that he didn’t drink as much water as he should.

He didn’t like wet food, so encouraging him to drink more water was the only way to keep him properly hydrated. We tried several approaches, starting with a drinking fountain that kept the water circulated and aerated, but he wasn’t too impressed. We started keeping a water bowl on each floor and that certainly helped.

There were two approaches that worked really well once I realized that Templeton liked to drink water from just about anywhere but where he thought he was supposed to, and that he liked really fresh water. One was to fill his water bowl and hold it out for him near the sink, he’d hop up away from Scout’s affections and drink heartily. Sometimes instead of a bowl, I’d cup my hands in the sink and he’d drink quickly before the water seeped through my fingers.

My master stroke, however, was getting him to drink during his supervised outdoor visits. I brought out a bowl of water with me but he’d drink the water I left out for the birds in an old flower pot base. After fruitless efforts to get him to drink out of his water bowl, I cleaned out a flower pot base and started filling it with fresh water. He was aware of the ruse but willing to live with it.