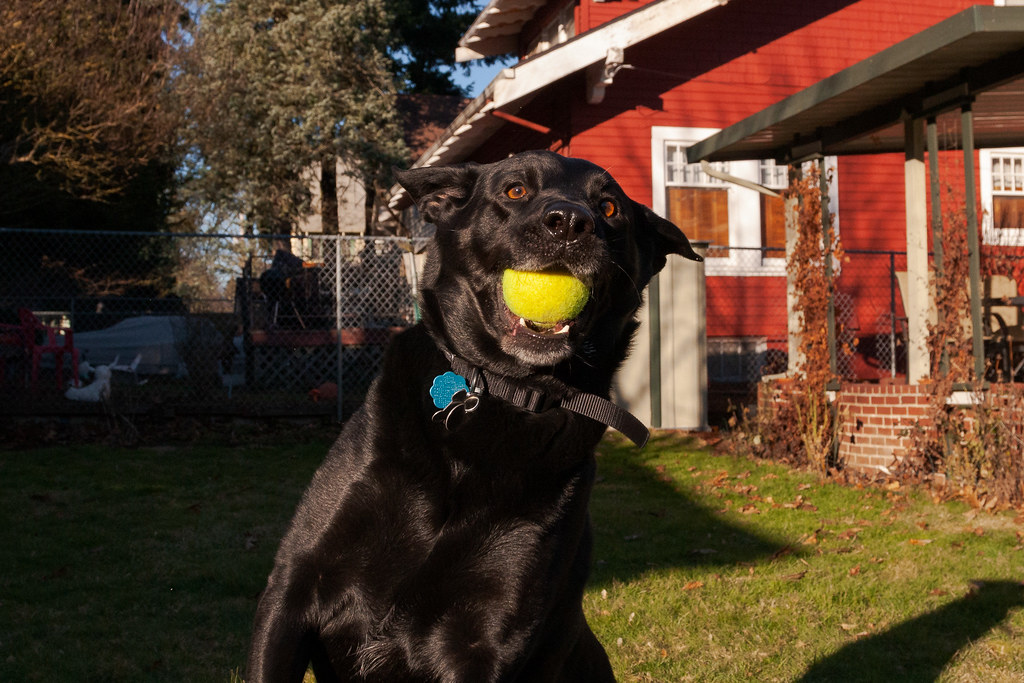 A week ago we went to the Humane Society and brought Sidka home. She has readily adapted to our household and all its denizens, she seems quite happy and healthy and loving and good-natured and smart and patient and playful and we keep waiting for the other shoe to drop but so far she’s just been a real sweetheart.

We’ve whittled our list of names down to two likely candidates, Darcy and Zira, which keep with our tradition of choosing names from literature. I read on the internet (so it must be true!) that Darcy comes from the Gaelic word for dark which goes well with her black fur, and of course Darcy is a character or two from a mutual favorite of ours, Pride & Prejudice. Zira comes from the chimp in Planet of the Apes (book and movie) that discovered our man hero could talk. Our dog can’t talk but she is an excellent typist.

Emma has suggested another name — since she has black fur like her, she wants to call her Emma II. I pointed out that since the dog was born long before her that really the dog should be Emma I and she should be Emma II, but she thinks it ought to go by the order of the arrival into our home. My wife agrees with her but I think it’s just the womenfolk sticking together, it may have been a mistake to adopt another girl as now Sam and I are outnumbered 4 to 2. They’ve got veto power! My wife was quick to point out that they’ve always had it.

It was sunny if cold and windy today, so after a much-needed haircut I walked home and took Sidka into the backyard for an hour’s worth of fetch. What a wonder it is to have a pet actually bring her toys back when you throw them! Playing with the tennis ball seems to be her favorite game followed by the rope toy. We then came inside for even more playing and then it was time for more cat bonding time.

All three cats were anxious to get down to the basement today, every time I’d go up I’d have to fend them off as I opened the door, no besieged city has ever been so well-defended. When it was time I opened the door and all three came down. Sidka was being good so as I test I took off her leash and let her go. She didn’t chase anyone, at first the cats kept their distance so Sidka and I played some more as they watched and got a feel for her movements.

Everybody got a nose touch in today with Scout again setting the record for the longest nose touch, she holds both first and second place by a wide margin. Emma wins the award for most time spent near Sidka, she’s rather fascinated with her, while Sam wins the award for actually falling asleep with her just a few feet away. Also for eating the closest to her, as if we had any doubt who would win that contest.

Sidka is definitely interested in the cats but has clearly been around cats before as she doesn’t move and scare them when they come in for their nose touches, and when she once got too close for comfort for Sam he swatted her on the nose and she immediately backed off and came over by me. The cats aren’t comfortable with her yet but today was excellent progress.