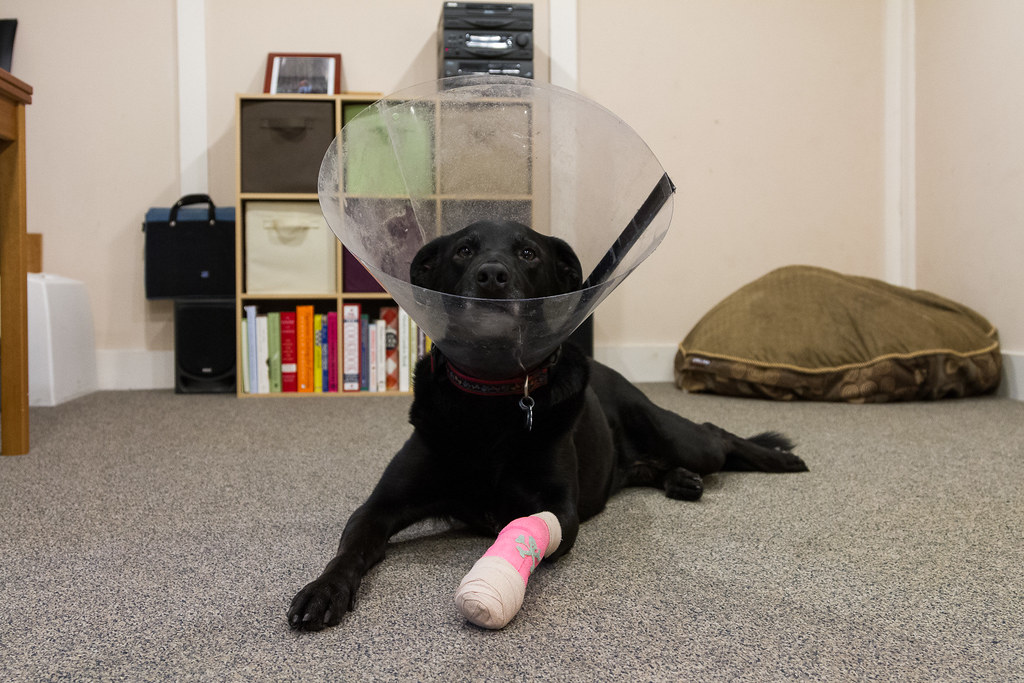 A month or two ago Ellie’s famous chop chop turned into cough cough so she was off to the vet. She had picked up kennel cough so we picked up cough medicine. And what medicine! She hardly coughed after taking it, dogs must get some magical stuff that isn’t approved for us humans. She wasn’t allowed to socialize with dogs for a while so her walks were sadly solitary. But if you thought a cough was going to slow down her hedgehogging, you don’t know our Ellie.

Hedgehogging did get shelved temporarily a few weeks later when we were playing and she split a nail up close to the quick. After taking it easy she was back at it and we spent a beautiful Thanksgiving hedgehogging on the leaf-covered lawn. She came up limp during the next day’s game, I felt her paw and it seemed fine but I called the game as a precaution. As soon as we got inside the floor was covered with bloody paw prints so I applied pressure while my wife called the vet. Thankfully the pressure stopped the bleeding and they were able to see us right away. One of the punctures was large enough to require stitches so Ellie came home with a big bandage on her front paw. She had a follow-up visit this morning and got the bandage off but stays in stitches for a week yet.

Hedgehogging has once again been sidelined, not that she has gotten the message. Dear Ellie, how many legs would have to be hobbled before you stopped pelting me with hedgehogs? 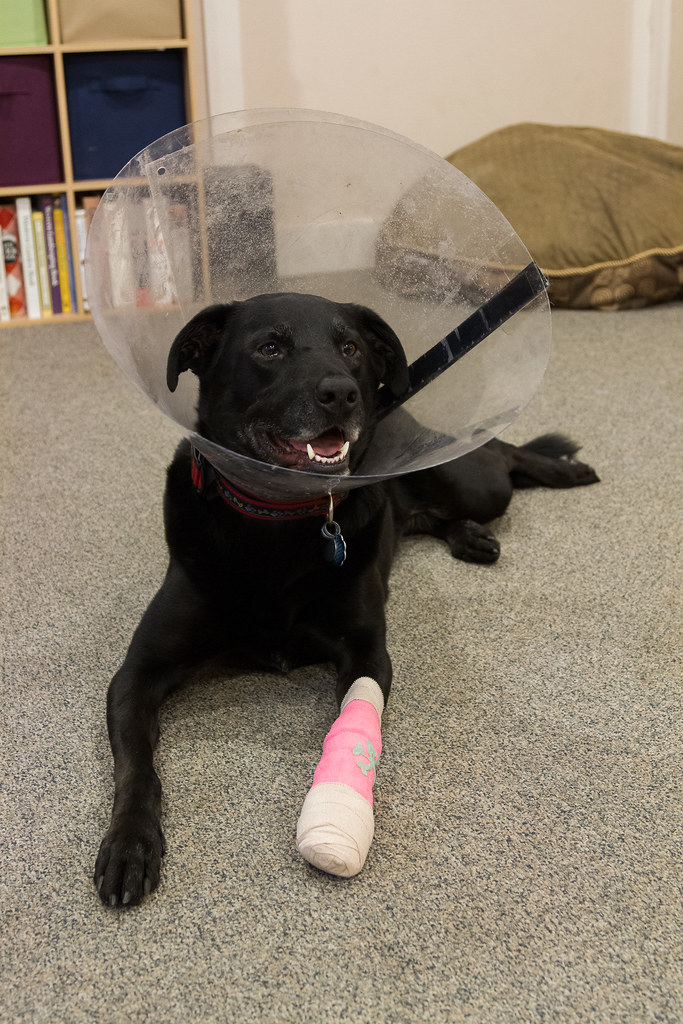