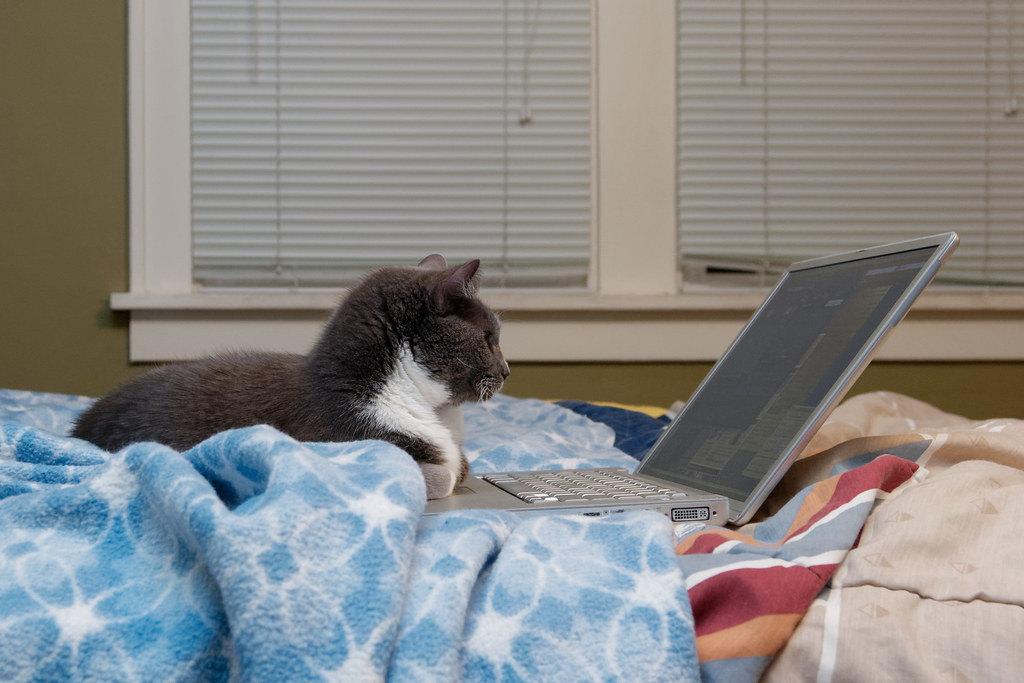 After the long writeup about workflow in the previous post, one more thought about tools. This is a picture of Templeton with the 15″ Powerbook I referenced in that post, my favorite computer of all time until my current MacBook Pro.

The picture was taken in January 2006 while Templeton was recuperating from surgery to remove the sewing needle he swallowed right before we left on Christmas vacation. He had to be kept from running and jumping, and isolated from Scout, so one of us stayed with him in the guest room while the other stayed with Scout. He had to wear a plastic cone to keep him from pulling out his stitches, but we gave him supervised time with it off so he could relax and clean his fur away from the incision.

I left the room for a brief moment and came back to find him sitting at my laptop, paws on the trackpad as though he was settled in for work. What he had really done was an old Templeton standby, though.

He had stolen my spot.

Templeton and my 15″ Powerbook. I loved them both. I miss one. Important as they are, tools are just tools.