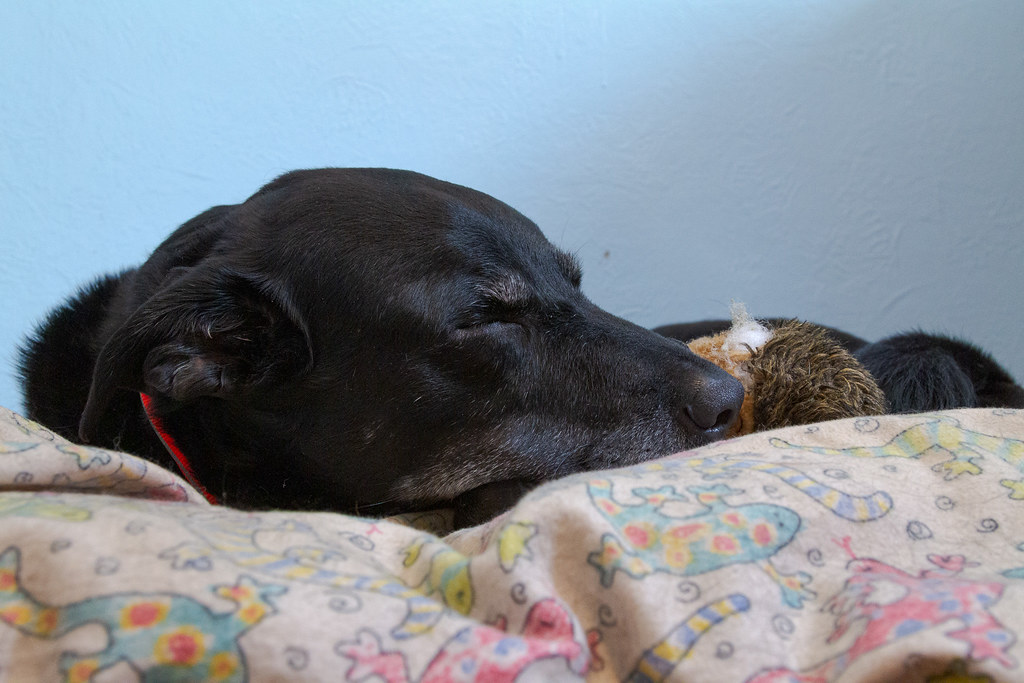 When we first adopted Ellie a few years ago, it seemed pretty clear she hadn’t been in an urban environment before as she wasn’t particularly good on her leash and she was much worse when off it, at least in open areas. Inside the house, or in a fenced backyard, she was in top form, no worries there.

In the hopes of one day being able to let her off leash at the nearby dog park, I began working with her in the backyard on learning to heel & stay & come, even when excited, and eventually she got the hang of it. I got brave enough to try her in the dog park and she did well, but we also started a little game where I would sprint from one side of the park to the other and, if she stayed by my side the whole time, she got a treat.

We still run wind sprints together whenever possible, even though she has long outgrown the need for the training, because she just loves it. But the other day as she caught me from behind she bumped into my legs and sent me sprawling face first into the mud. I had been running pretty fast so I hit hard and as I tried to sit up, found it hard to breathe. It was hard to tell exactly where the pain was coming from, I suppose that must have been the adrenaline kicking in, useful for when you’re trying to escape a lion but not so much when you’ve been attacked by a giant goofball and only want to know what is broken. I forced a few deep breaths and was relieved there were no sharp pains in my chest.

I was also relieved when I could stand and put weight on both my legs without shooting pain, so my streak of never having broken a bone stays alive. Once I got home and a little time had passed, a bruise the size of a dollar bill appeared on my thigh with a matching silver dollar bruise on my knee. All from an accidental bump.

Although word around the house is that it may not have been so accidental but payback for having had to smell ribs cooking all day and then I didn’t even share one bite with her during dinner.

Lately she’s been sidelined not by my leg but by hers, she somehow hurt it so she’s been on bed rest but I think we’ll start up short walks tomorrow, because boy howdy is she ready. I lost count of how many times she pelted me with hedgehogs today. Here she is curled up with one of her favorites (as you can tell from the stuffing that is escaping) on the dog bed in my office.