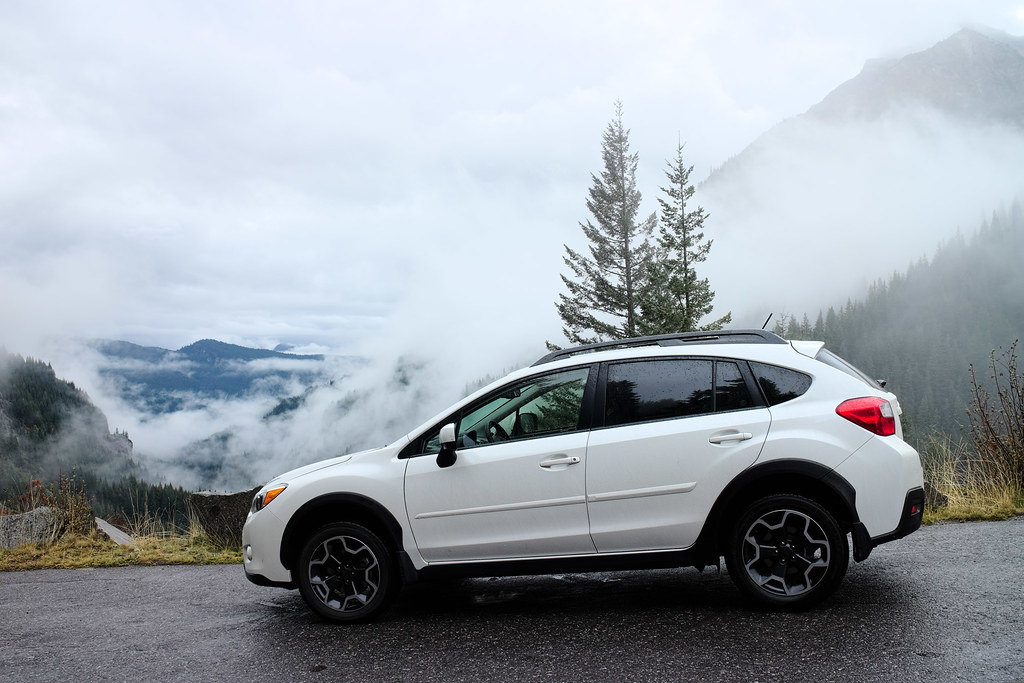 My little Subaru on the road between Paradise and Sunrise in Mount Rainier National Park. I’ve taken it on a trip before but this was its first big hiking trip with all of my camera gear. I used to take our old Outback on trips like this but bought the Crosstrek with the hopes of using it both as my daily driver and for hiking trips short and long. The storage in the hatch is much smaller than the Outback so I was worried all of my stuff wouldn’t fit but most of it did, I only had to put some drinks and snacks behind the front seats. With some different luggage in the future it should all stay hidden in the hatch.

On this day with rain and low clouds I practically had Mount Rainier to myself as I drove up to Sunrise and then on to Olympic National Park. I was thankful for the car’s visibility, both the view out of the car and the visibility of the white paint to other drivers, as it poured rain for much of the drive. As I drove off the bridge and onto the Olympic Peninsula in the rainy darkness, police were directing traffic around an accident that had occurred not much before, so I was thankful for the improved safety of this car compared to my old one even though I didn’t have to put it to the test.