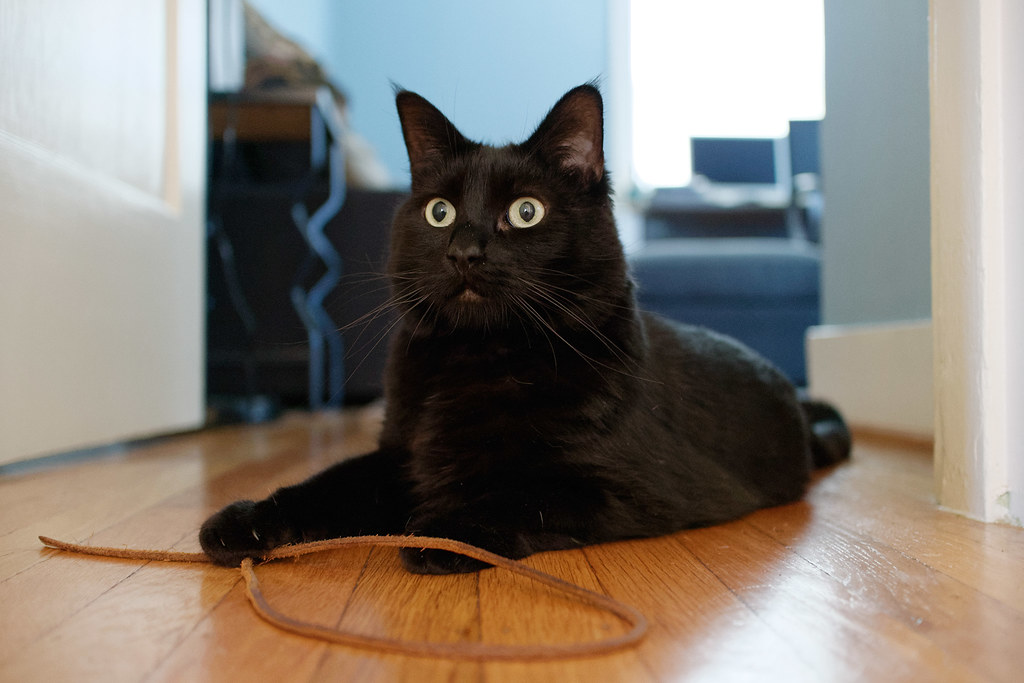 One of my favorite pictures of Emma, taken last summer. We discovered early on that she loved playing with strings, when she was young if you sat on the ground and dragged an old shoelace around you, she’d circle you until she was exhausted. Later she’d learn to predict your actions and try and jump over you to cut the string off at the pass. Throughout her life you’d find her sitting by one of her shoelaces, not wanting to miss out on the chance at a game of string.

String got more complicated when we adopted Boo as he also loved to chase them but with the exuberance of a young cat, something Emma didn’t always appreciate. I’d sometimes play with both of them, a shoelace in one hand for Emma and a shoelace in the other for Boo. If two-handed string was an Olympic event the gold would have been ours. Eventually though Boo would want to play with whatever string his big sister was playing with, so it was fortunate they learned to play together.

In the picture Emma is sitting at the entrance to my office, at the end of her life this is where she chose to hang out most of the time (not in the doorway, though, just a bit over to the left). She didn’t have the energy to play string towards the end, a clear sign of how sick she was getting. Sometimes she’d chew on it if you laid it across her paws, especially a ribbon from one of the Christmas presents.