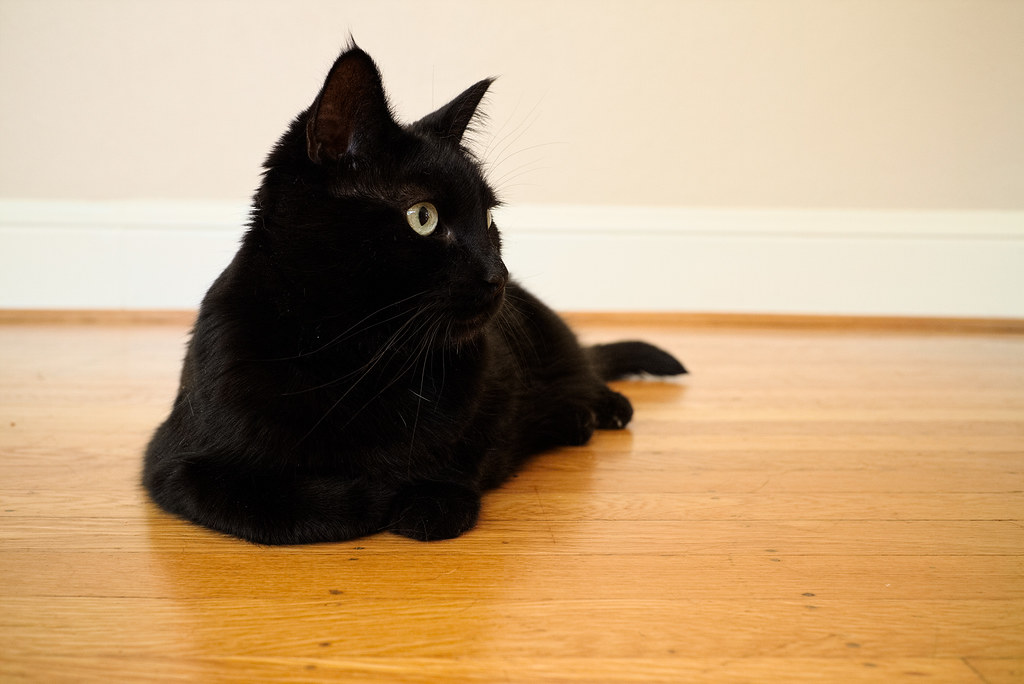 A picture from a couple of years ago of our cat Emma with eyes wide open, keeping an eye on young Boo who we had adopted three weeks prior. We were just starting to give him limited time into the house at large and Emma was not happy about it, following him around wherever he went. In a year and a half disease would steal Emma from us and we found ourselves introducing another young cat, Trixie, but this time it was Boo (and Sam) who were not happy about the new arrival and we were in for another slow introduction.

I had just gotten my Canon M, their little mirrorless camera, when we got Boo and was taking most of my pet pictures (then and now) with it. While it was a very flawed camera, I got it on a fire sale so there was little financial risk and I treated it as an experiment to see if I would like mirrorless cameras (I did) and with the hope that Canon would get more serious about mirrorless (they didn’t). I loved how I didn’t have to hold the camera to my eye, which not only let me get a lot of shots of the pets I wouldn’t have otherwise, but Emma was also a lot more tolerant of being photographed since she could still see my face.

I’ve been thinking for a while now about moving to a mirrorless system that would better fit my needs, or possibly going to a larger full-frame sensor, and this morning two pretty groundbreaking cameras got announced that would allow me to do both with one camera, and best of all each offers built-in image stabilization. I haven’t had much time to read up on them and, unlike my little M, either would require a massive investment in a camera I haven’t made since my first digital camera.

Right before I left for work Leica announced the Q, a gorgeous little fixed lens camera. I’ve never shot with anything as wide as its 28mm lens, nor anything as fast as it’s f/1.7 lens, but at first glance a lot of thought went into its design. I’ve always wanted to own a Leica but never have, much like in cars I’ve always wanted a Volvo, Mazda, or Alfa Romeo. This one has my interest, but on the other hand, I’m not sure I’d use it enough to justify its price tag.

While I was at work Sony announced their latest interchangeable lens full-frame camera, the A7R II. While it had been rumored for a while, they upgraded more from the original A7R than I was expecting (a camera that intrigued me but had too many foibles to seriously tempt me). This one seems to have fixed many of my issues with the previous model, and rather curiously, there are reports that Sony was demonstrating that with an adapter you could attach Canon lenses and still get autofocus. Not sure how well it would work, but if I could use my existing lenses with it …