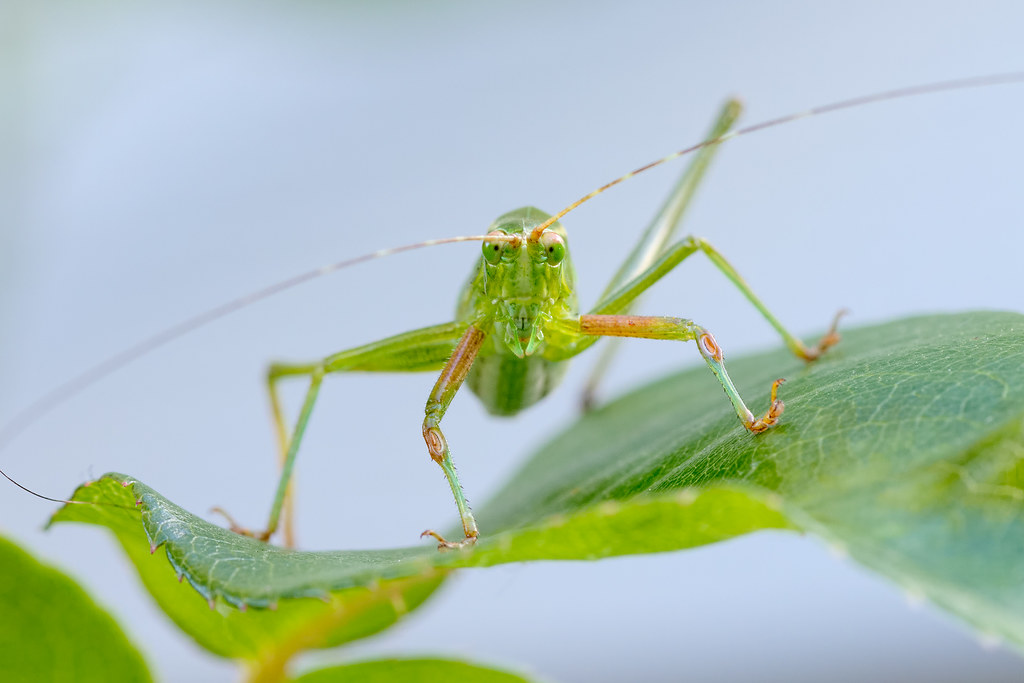 I’m not a big fan of roses even though we have a bunch in our back and side yards. I often think of digging them up and replacing them with something both more to my liking and a better fit for our climate, and may do it yet, but I do like that they sometimes host an insect I love to photograph, the fork-tailed bush katydid. I found this male nymph on a rose bush along with several other katydids, two that were younger and one adult. This one was pretty large but still had short little wings. I’ve photographed them multiple times over the years but only now noticed that they don’t stand on the tips of their feet, but on pads further up.

I took a picture from behind as well as it shows the fork that gives them their name (both the top and bottom are forked but the name refers to the top). There are other katydids with forks but this is the only one in Oregon. 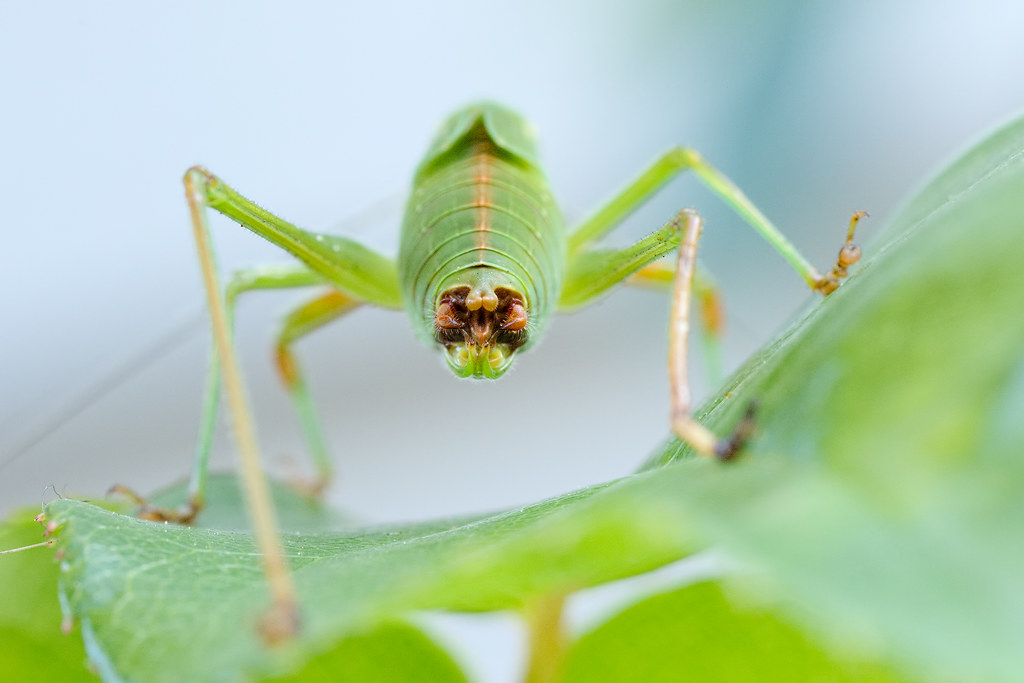