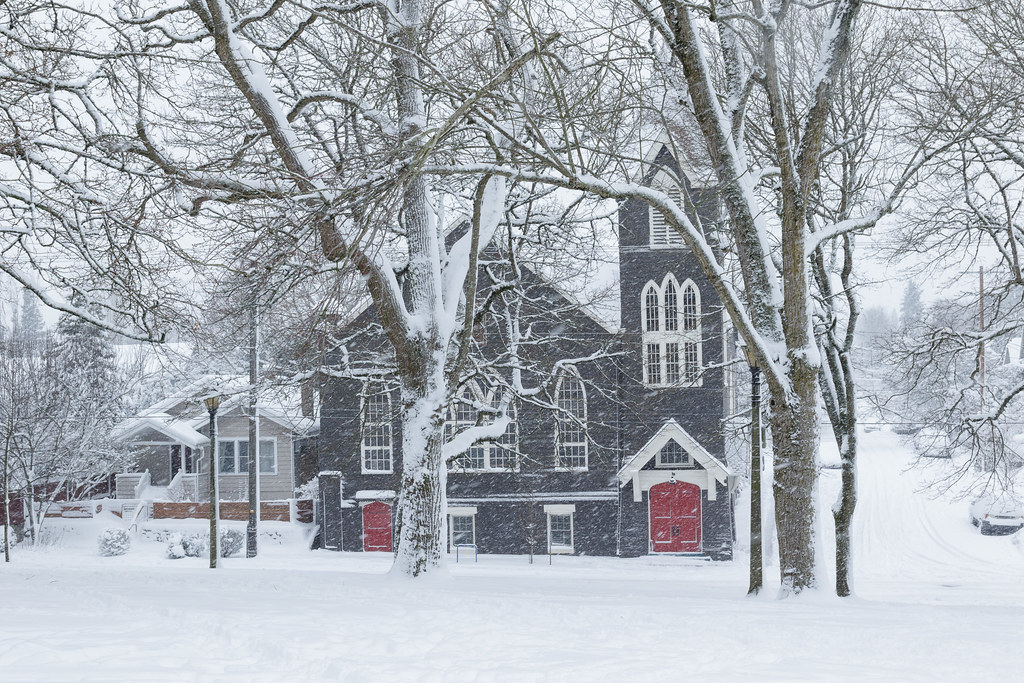 When we got an unusually heavy snowfall earlier in the month, I wanted a picture of the Door of Hope church in the snow. The church sits at the edge of Irving Park and Ellie and I used to pass it as we walked around the path that circles the park, but these days after a quick visit to the dog park she wants to head out into the neighborhood instead of going further into the park.

I had thoughts of making her go up to the church as the snow continued to fall, it isn’t much farther than the dog park, but I just couldn’t do it. This theme continued as we walked, on the one hand I knew this was a historic storm and it was not something I’d have the chance to photograph again, but on the other hand this was also going to be my only chance to enjoy this much snow with the pup, and I chose the pup. I did take pictures on our walk, some of her and some of the neighborhood, but only on streets she chose to go down. An hour and a half later I dropped off an exhausted Ellie at the house and went back out alone for more pictures. The snow was still falling as I reached the Door of Hope and took this picture.

A few days later I bribed Ellie with treats to get her up to the church on our morning walk, now bathed in the morning light, every inch of snow trampled underfoot by families enjoying the unusual snow. I had thoughts about making her sit in front of the little utility building from the previous post, it’s just a little further up the path to the left of this picture, but she wanted to go and I couldn’t say no. 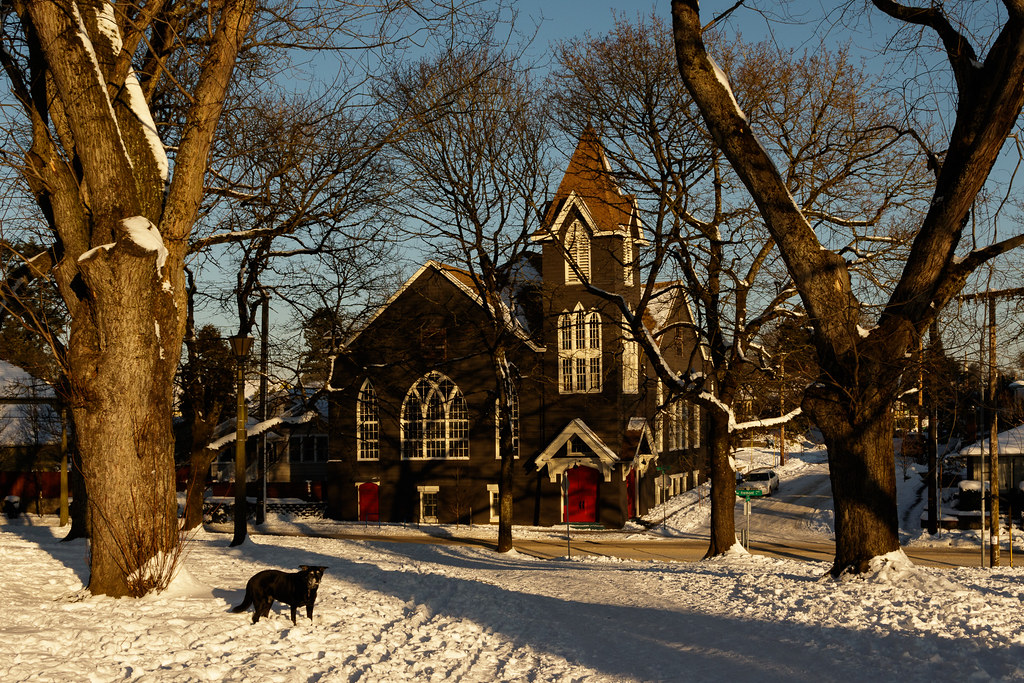