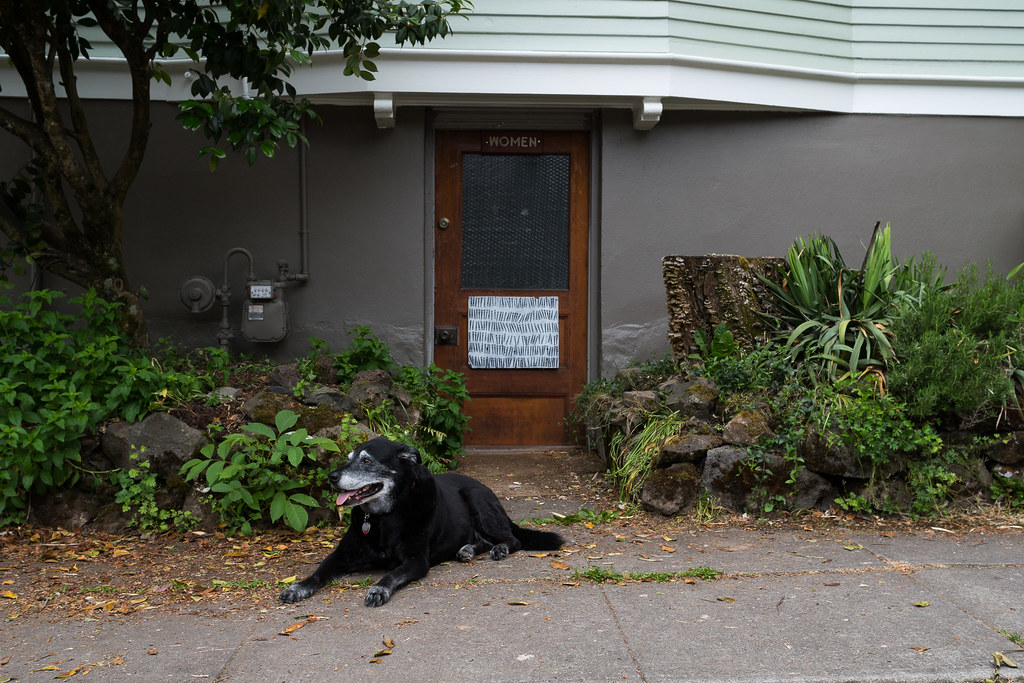 I’ve seen this painting on a door many times but was never sure what it was supposed to represent. Regardless I love photographing the artwork in our neighborhood and finally one day had my camera with me as I walked past, only to discover I was unable to approach the entrance as it was guarded by the most fearsome hound. Only a Jedi could get past to approach the door, I thought to myself, and then I noticed the sign that said ‘Women’. And suddenly I understood, right here in our sleepy little neighborhood is a little enclave of female Jedi, fighting the good fight, while the rest of us go about our lives. Each time they vanquish a foe, another little lightsaber gets painted on the door.

Just so there’s no confusion, now when I walk past I say out loud how much I admire Obi-Wan Kenobi and how that Darth Vader is a real jerk (and upon hearing that the pup even let me move in for a nice close-up of the painting). 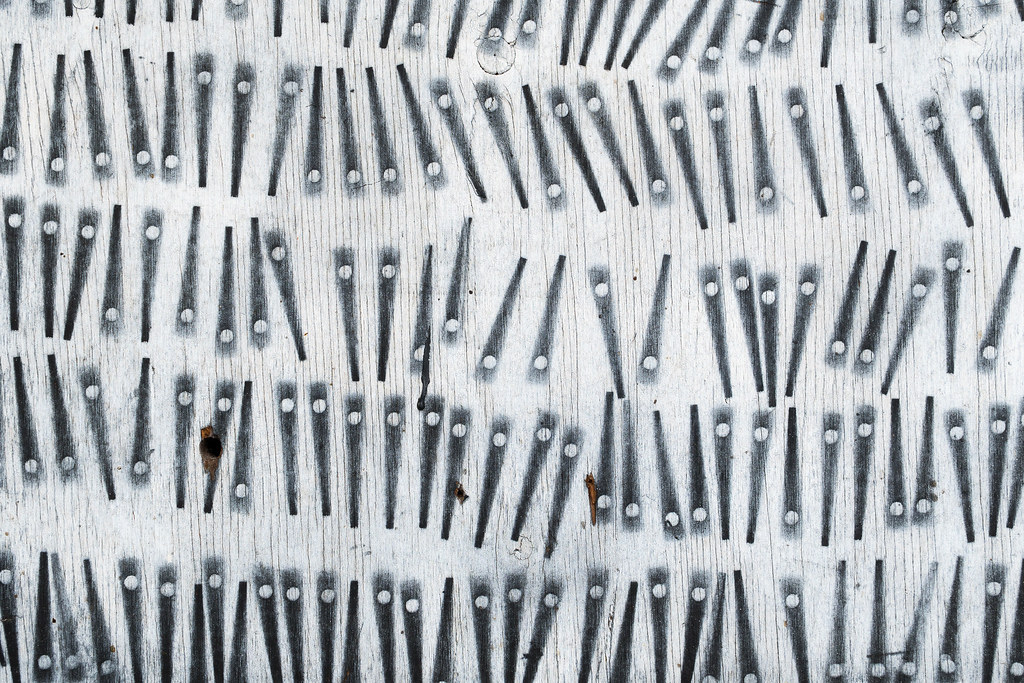 There’s more than a little truth to that.

I was eight years old when Star Wars came out. There was my life before Star Wars, and my life after. If there’s been a day since that I haven’t thought about something from that world, there haven’t been many. I don’t recall if I saw it more than once in the theaters, but it didn’t matter, it filled my imagination. All of it. Jedi, the Force, lightsabers, Wookiees, stormtroopers, X-wings, TIE Fighters, the Falcon, the Death Star. Han and Chewie. R2 and C-3PO. Luke and Leia. Obi-Wan and Vader.

As I came of age, I enjoyed a good righteous anger and seeing people get what was coming to them, and wondered why in the gospels we were told to turn the other cheek if the other was struck, why we were to pray for our enemies. About vengeance not being ours to take. I didn’t see that in the national policy of our supposedly Christian country, or in many people I knew. These were central teachings, why were they ignored? What was I missing? And what was their point?

“There are alternatives to fighting.” You mystified me, Obi-Wan. I loved you and needed to understand you.

I was eleven when The Empire Strikes Back came out. Obi-Wan was gone (spoilers!) after sacrificing himself in the first movie, but now I had Yoda. A tiny little kid had a tiny little hero. There’s a scene where Yoda is teaching Luke to become a Jedi and Luke senses his friends are in trouble far away and rushes off to save them, before his training has completed. I had seen enough shows and movies on TV to know how the movie would play out, that Yoda would shake his head at his eager apprentice, with a knowing grin and maybe even a wink to the camera, and then Luke would go and save his friends.

Except it didn’t. Yoda was depressed when Luke left. Luke didn’t save his friends, they had to save him. Han got captured anyway.

For years Empire made me think about life more than any movie before or since. I knew Obi-Wan and Yoda were fictional characters but I thought often of what they did, and why. About not giving in to anger, even righteous anger that I felt was mine to hold, about how it would harden you. Forgiveness wasn’t just for the benefit of those you forgave, but for yourself. Anger, even righteous anger, maybe especially righteous anger, could destroy you, slowly, without you noticing. Forgive. Seventy times seven. And again.

I was a quiet kid who kept too much inside, tried too hard to figure things out on my own, and perhaps it’s a little ridiculous that two fictional characters would make it so much easier for me to take messages from the gospels that I loved and apply them in my own life, but so it was.

So it delighted me to no end to see in the new Star Wars movies, The Force Awakens and Rogue One, women and people of color in central roles, unapologetically strong. Representation is important. I love that more people can look up on the screen and see people that look like them, and want to be like them too.