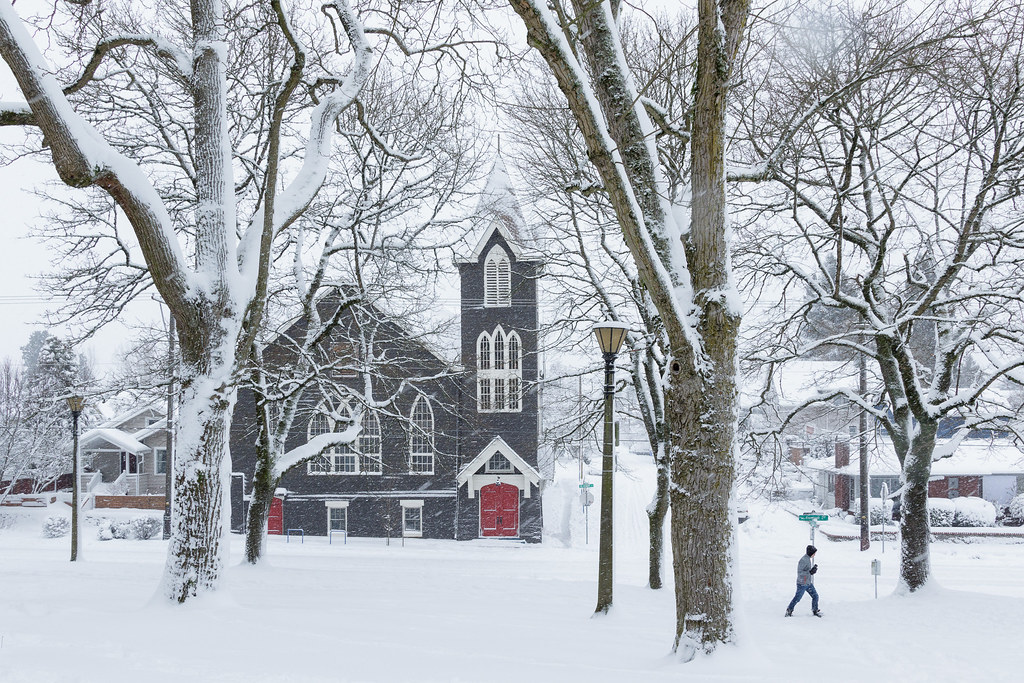 Ellie and I weren’t the only ones out and about exploring the neighborhood as the snow continued to fall. They said we had a high of 94° today but I can’t see how when we’re having all this snow. Are they living in an alternate reality? I admit that driving to work today was as easy as if the roads were as clear as a summer’s day, but I put that down to my Subaru’s excellent all-wheel drive system. The house thermometer says 82° so it must still be stuck on Kelvin degrees. Which would be around -300° Fahrenheit, and I mean it’s cold but not that cold, but you can’t expect a household thermometer to be accurately calibrated for such cold temperatures. Brrrrr!