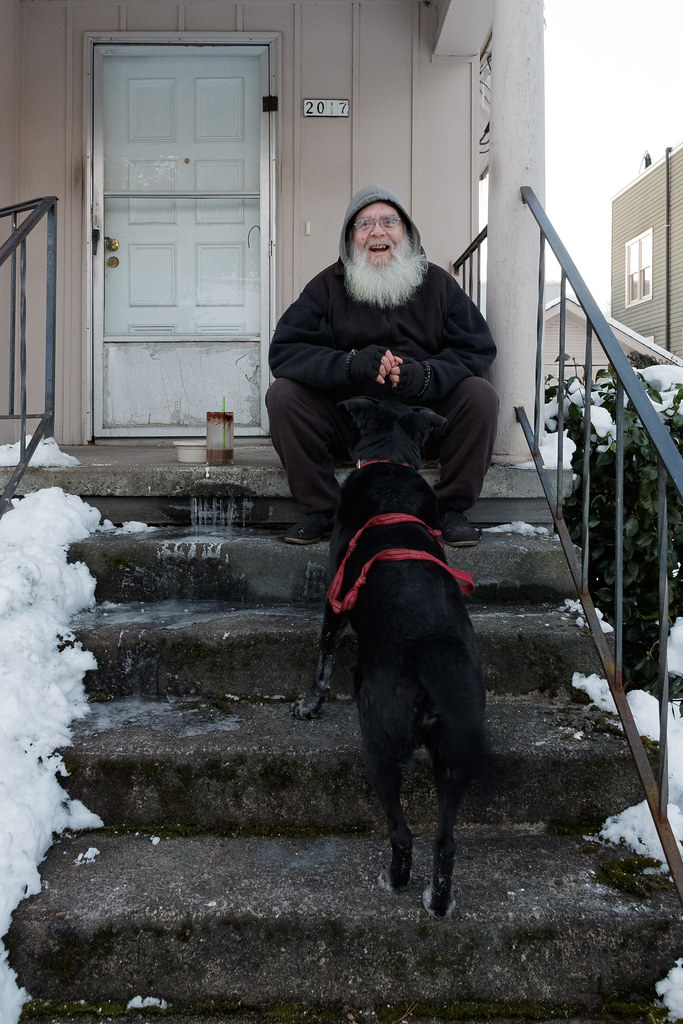 Ellie and I meander on our walks around our neighborhood, within limits I let her choose which streets we walk down. There’s only one place she always wants to visit on her long walks, without fail, and that is the house of Steve (I think his name is Steve, I asked once but I forget names as soon as I hear them). He lives on 8th Avenue at the southern end of Irvington, almost as far south as we go, and is frequently sitting on his stoop. He’s an animal lover at heart, feeding not just his cat but the neighborhood crows and squirrels. And he always has dog treats in his pockets and eagerly hands them out to pups who wander up to say hello.

Our pup always wanders up to say hello. His house is her pilgrimage.

She starts looking for him the moment his steps come into view and starts pulling on the leash as soon as she sees him. On days he’s not there she just stares at the steps, trying to work out how to summon the giver of treats. On this winter day with the neighborhood still buried in snow and ice, Ellie took an unusual path south and I thought she was having so much fun in the snow that she was going to forget about Steve. But as we walked further south she suddenly veered back to the west and I knew where we were headed. I warned her that he wouldn’t be out on such a cold day but doubts do not pass the ears of the faithful. Her faith was rewarded for there he was and they spent a moment in mutual worship.

I don’t know if they’ll cross paths again, Ellie has rarely been up for walks long enough to visit Steve the past few months, but it’s hard to say how much of that is from advancing age and how much from hot weather. Should they never meet again I’m thankful for all the times they did, a neighbor’s love and a dog’s devotion. 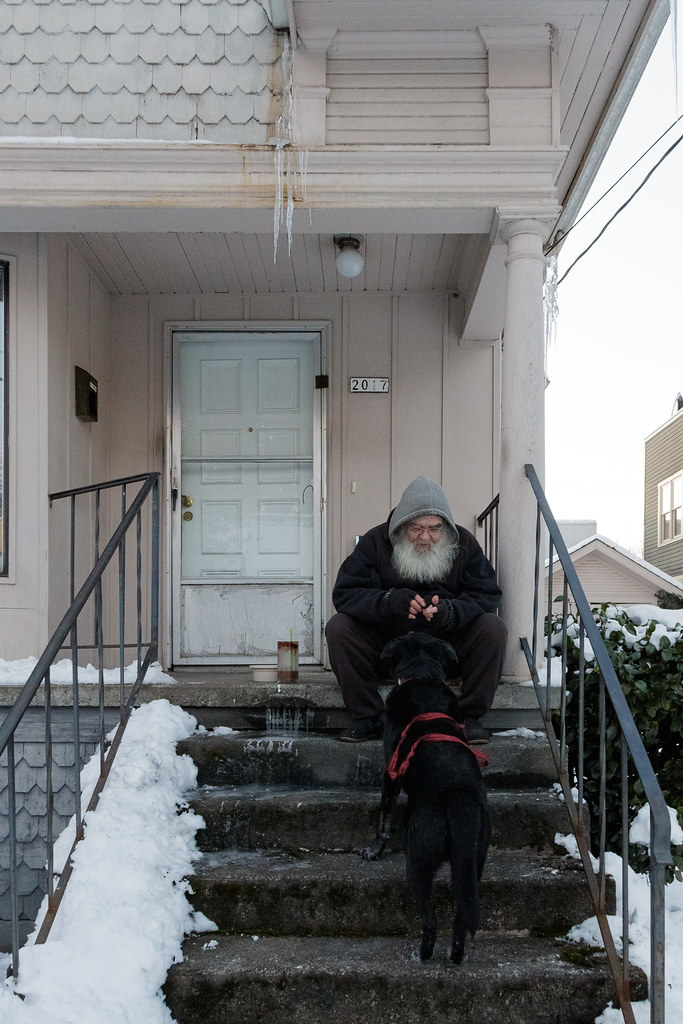