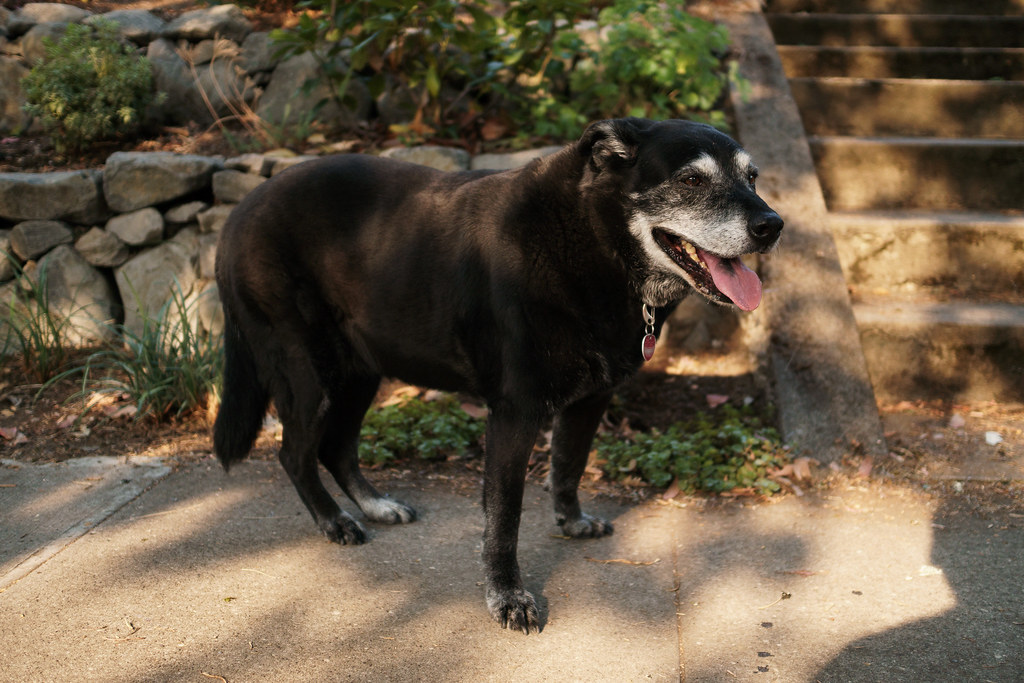 After the hottest August ever recorded, and the hottest start to September ever recorded, the heat finally broke and we’ve had lovely temperatures this weekend (and even a little bit of rain last night). It was in the mid 60’s yesterday when Ellie and I took our morning walk, I was pleased to see that she wanted to go further south than what has become normal this summer. She wanted to turn around a few blocks before Steve’s house, which I was also pleased to see as when she is worn out her footwork gets a little sloppy and I don’t want her to hurt herself. She was panting heavily once we got back home and it took a while for her breathing to return to normal, but she then took a well-deserved nap for the rest of the morning and afternoon.

It was in the low 60’s this morning on our walk, and just two days after I said I wasn’t sure she’d ever see Steve again, she was up for a walk to his house even after spending some time in the dog park. Sadly he wasn’t out but she did her normal inspection of his front yard, trying her best to summon the treat giver. She was up for an hour and fifteen minute walk (!) — she even asked for an extra walk around the block before going in the house — so after plenty of fresh water she again slept off the late morning and early afternoon, snoring quietly on her dog bed while the cats and I watched football.

You amaze me in so many ways, pup, what a blessing you are.