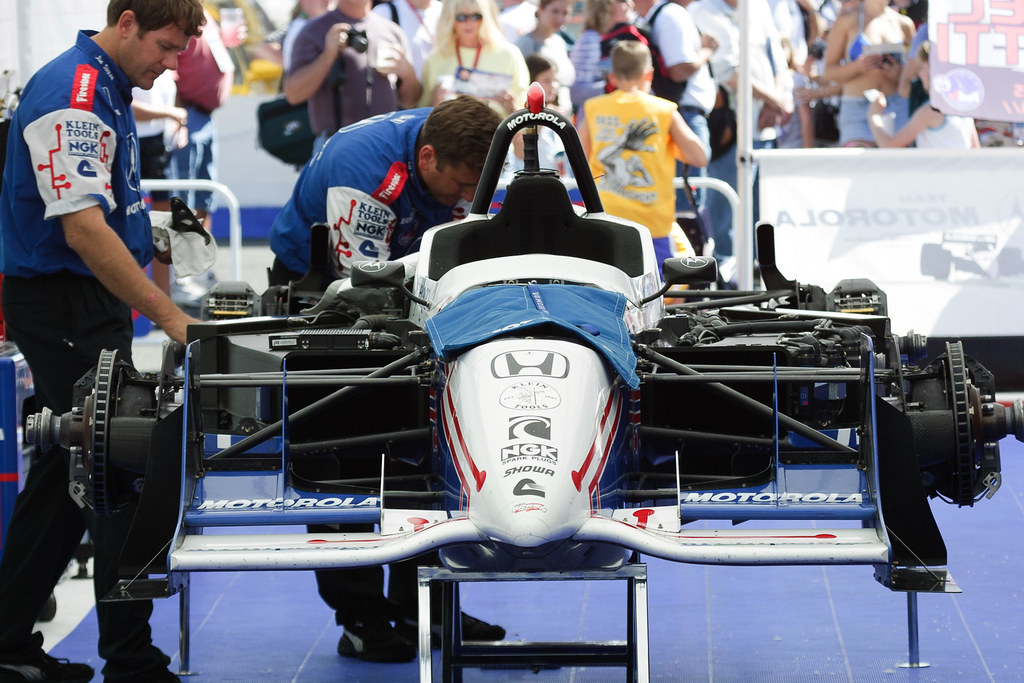 I was in graduate school when some friends got me interested in open-wheel racing, namely Formula 1 and IndyCar, and early on Michael Andretti became one of my favorite drivers. We were thrilled one year when my stepfather’s brother offered us his Indy 500 tickets, so the great race was the first race I attended. All I had at the time was a point-and-shoot as I had not yet started my photographic journey, and regardless of interest couldn’t afford to start. After interning at Motorola’s pager division a few years later, and after getting an unexpected bonus (both unexpected and unexpectedly large) from them the following January, I was able to buy my first SLR, a Canon Rebel, and the journey began. A handful of years later I bought my first digital camera, the Canon D30, and that’s what I showed up with at the 2001 CART race in Portland.

So I was particularly delighted to photograph the Team Motorola crew working on the car of their driver, Michael Andretti, the circle complete.