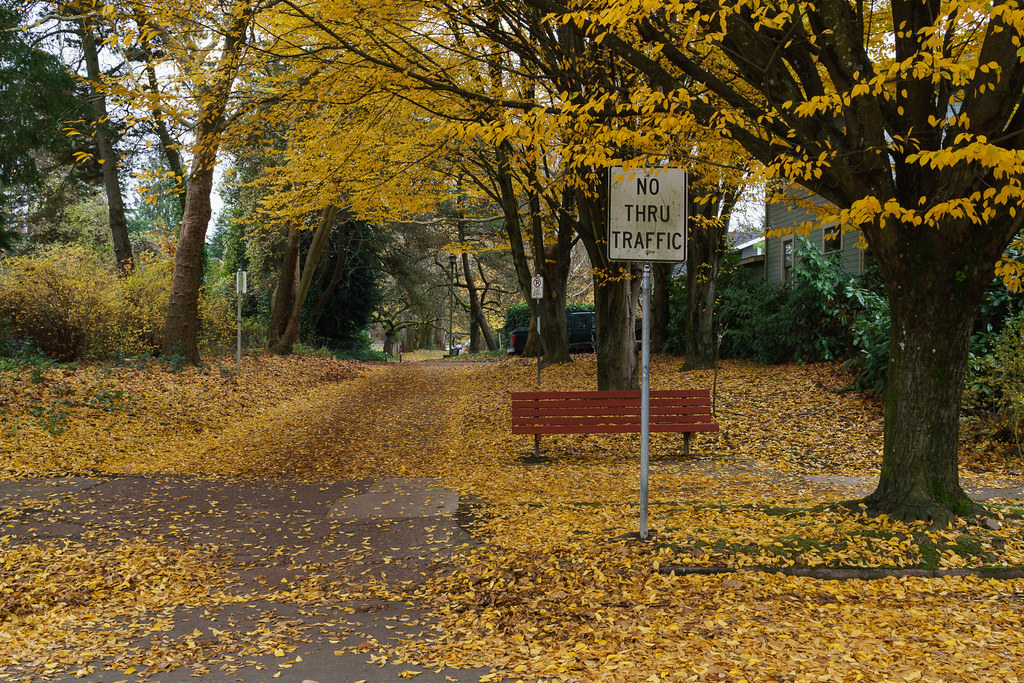 Ellie wanted to head east out of the dog park this morning instead of her traditional south, so we headed out along the leaf-covered Klickitat Street. This part of the street is closed to car traffic except for people with driveways here, so it’s a nice place to walk with your aging pup, especially when paved with fallen color. Eventually Ellie turned south and we continued all the way to her buddy Steve’s house. He wasn’t out so we took a detour west past America’s Noodle and then past the dialysis center with the mural, then doubled back to Steve’s (still not out) before heading home. 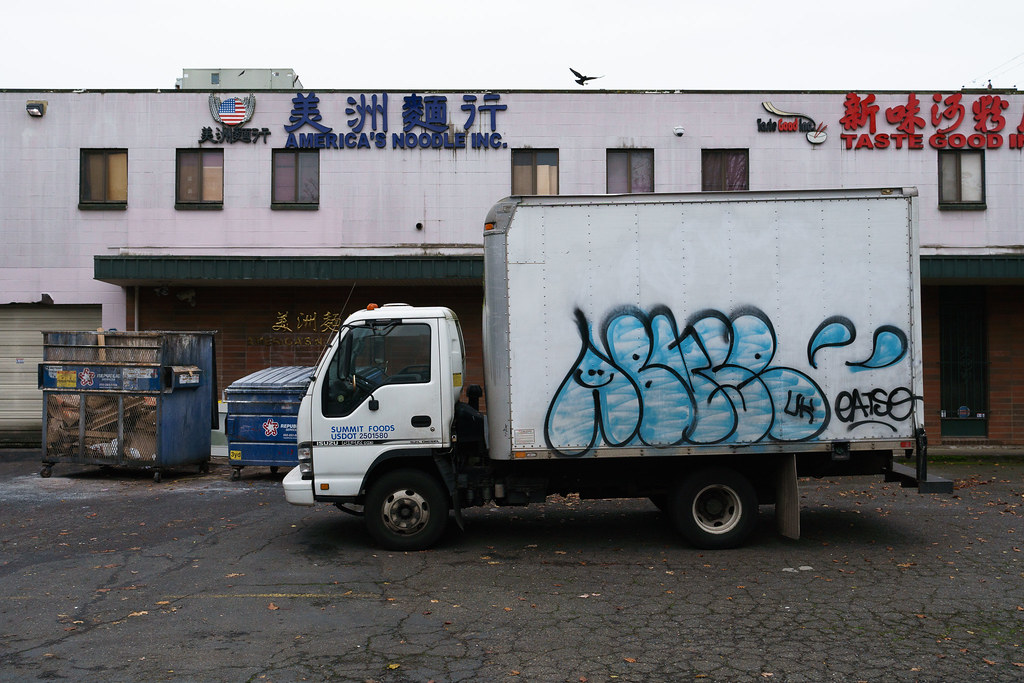