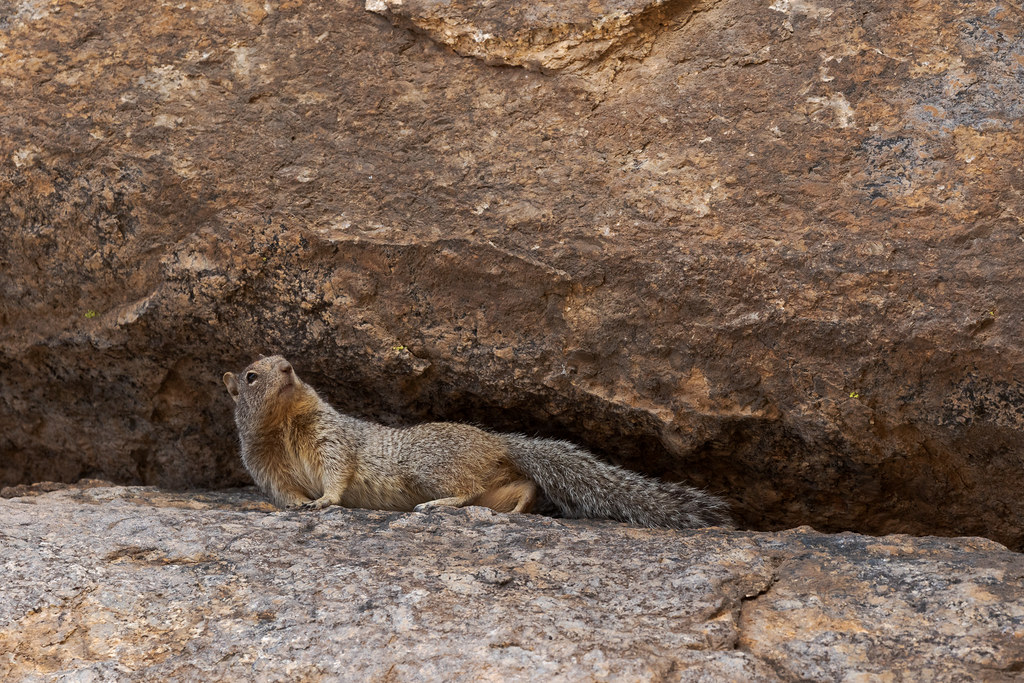 A rock squirrel lives up to its name as it crawls along a crevice in the massive rock formation known as Tom’s Thumb in the McDowell Sonoran Preserve. It had been at the base of the formation but crawled way up into the crevice when hikers with a dog approached. This is not a new species for me, we saw one during our visit to New Mexico a decade ago, but it is nice to be reunited. I owe a lot to that trip, not only because we had a great time but because it got me thinking about moving to the Southwest when looking for a job. I’ll eventually make it over to New Mexico but for now I’m focusing on trails near our home in Scottsdale.