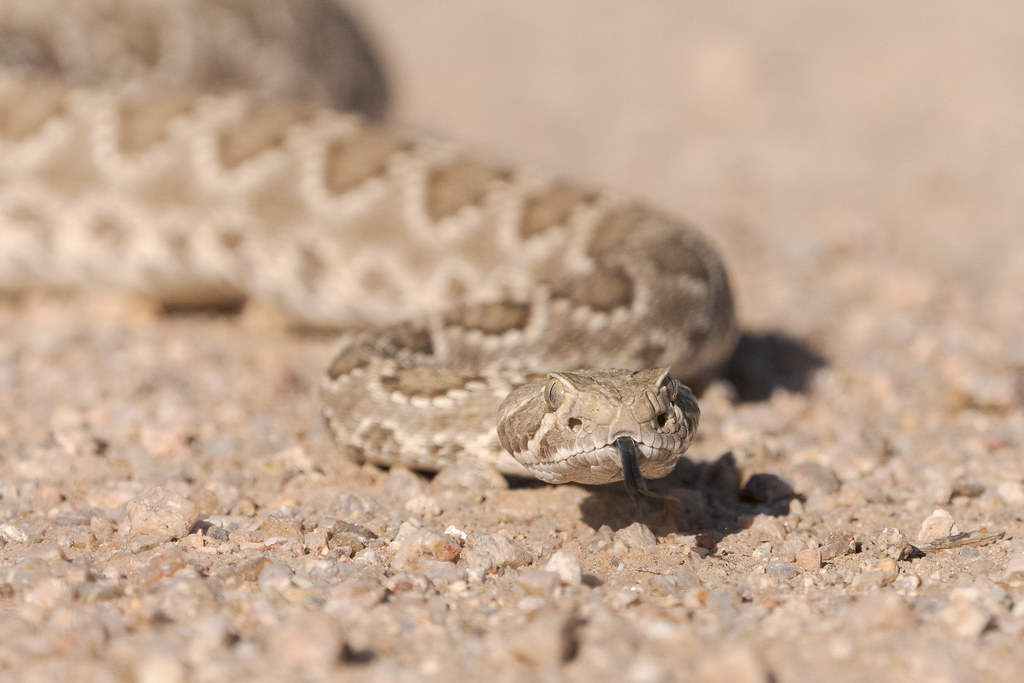 This Mojave rattlesnake appeared large in the viewfinder but was a safe distance away when I began to photograph it. Even so, as it crossed the trail and started moving steadily towards where I was (having given it a wide berth and gone off-trail to let it choose its path), I pulled the camera away from my eye occasionally to get a clear view of how far away it actually was. It was well aware of me and headed over to my right so I sat still until it chose a bush to curl up under, then I continued up the trail.