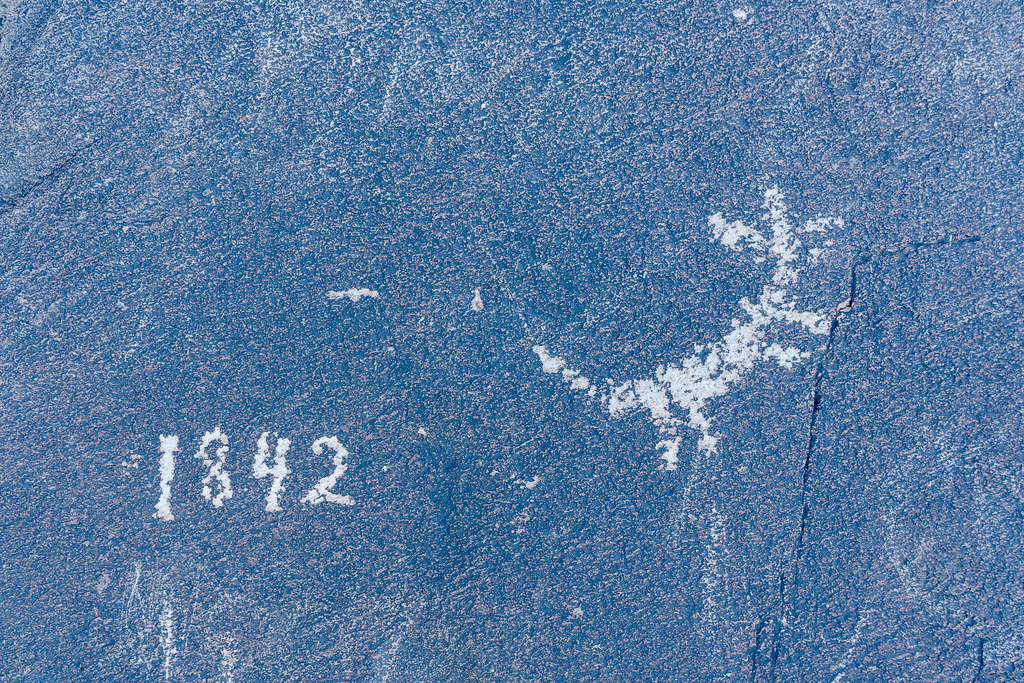 As I hiked up to Inspiration Viewpoint I was surprised to find this petroglyph carved into a rock. I don’t know if it is genuinely from 1842 but it’s certainly carved with a lot more attention than the ham-fisted scratches around it by more modern visitors. There are petroglyphs in Arizona far older, by comparison this one is rather recent, but 1842 was still 70 years before Arizona would become a state, the last of the contiguous 48 states. The territory was still six years from being ceded to the US from Mexico after the Mexican-American War, with the southern part following in 1853 with the Gadsden Purchase.

It was 106 years before the native people here would be allowed to vote, despite a federal law giving them the right in 1924, and even then it took a decision of the Supreme Court. Today all three branches of our government, including that Supreme Court, gleefully strip away voting rights from those who don’t look like themselves, don’t think like themselves.

Yellowstone was still 30 years away from being America’s first national park, the recognition as a country that some sacred places needed to be saved. We carved the faces of our Presidents into others. Today we know the consequences of climate change but have buried our heads in the sand. There is profit to be made, by a select few.

In the past few days we’ve had an attempted mass assassination of the leaders of a political party. We’ve had an an attempted mass shooting at a black church in Kentucky, with locked doors turning away an angry man who shot black pedestrians instead. And this morning we had a mass shooting at a synagogue in Pittsburgh. All angry men emboldened by the hateful rhetoric of the radical right, a hatred winked at and encouraged by the mainstream.