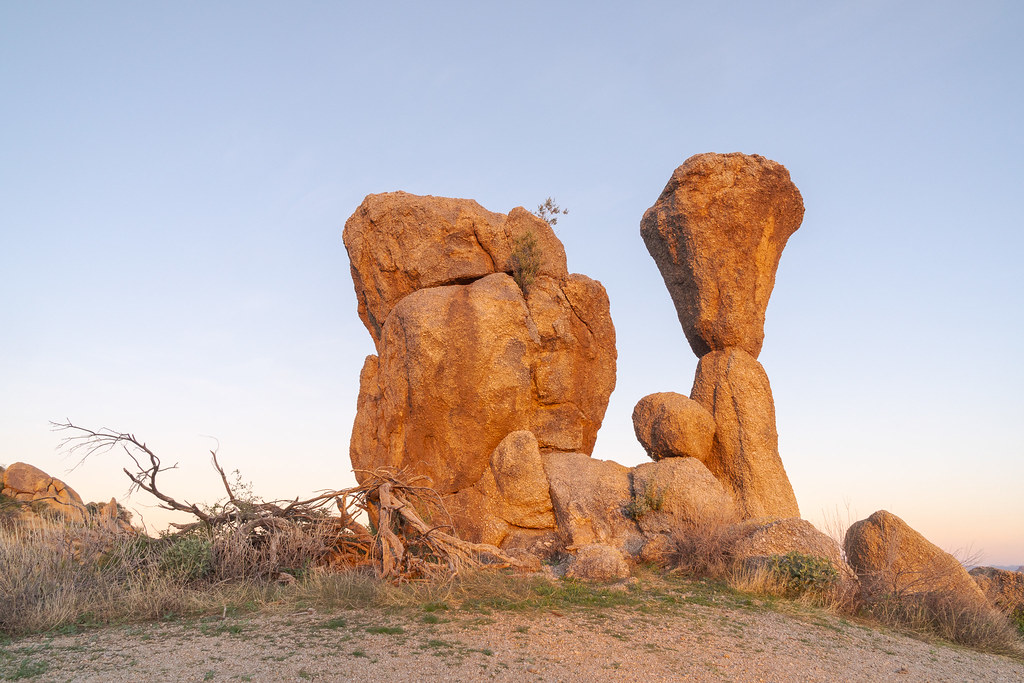 A week ago I hiked the Marcus Landslide Trail for the first time and came upon Mushroom Rock before sunup. I decided to photograph the rock formation until the sun was up and then explore the rest of the trail. It took a while for the sun to fully clear the hills and not leave the left of the frame in shadow, but my favorite image from the series was this one before any direct light fell on the rocks. There are other places on the trail I found later that I would like to photograph in those fleeting moments of reflected light but I had trouble falling asleep this weekend so those pictures will have to wait.

There is a little light falling on my country too but in this case I’d prefer a lot rather than a little, that we be its source and its receiver. But a little is better than none.