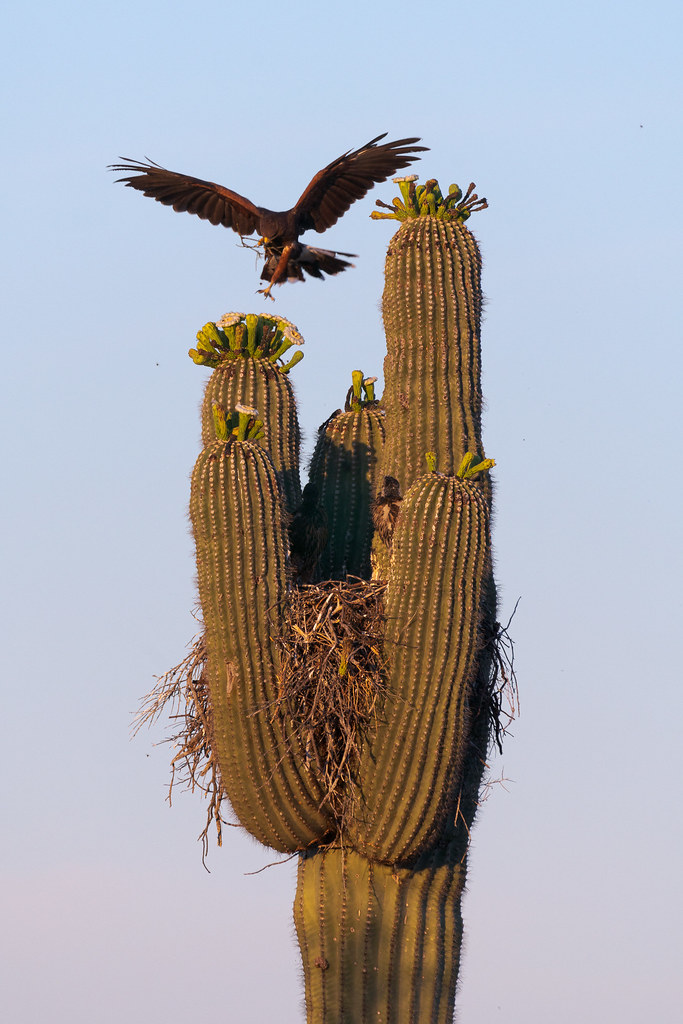 I’ve never seen a bird not defend its nest so I couldn’t comprehend what I was seeing. With one Harris’s hawk on its nest in a saguaro, multiple other adults were perched nearby, in trees, on saguaros, on large electrical towers. They called out repeatedly but to my untrained eyes and ears it seemed like they were keeping in touch rather than warning to keep away.

What was I seeing? Perhaps what I needed to see, what I wished for rather than what was, with Ellie’s death still stinging. But in this case both as I learned later Harris’s hawks live in family groups, even during nesting season with new life about to come into the world.

A week ago after sunup this adult flew to the nest, one leg outstretched to find purchase on a saguaro blossom while the other clutched twigs to spruce up the nest, as the two nestlings watched from the nest (they’re hard to see). Was it the father arriving? The mother? A sibling?

This morning one of the young hawks was continuously jumping from one arm to the other, working on its balance and testing its wings. I didn’t see the other until it flew over and landed awkwardly in a palo verde below the nest, having already fledged.

What joy these hawks, this family, have brought to me this spring as they add two more to their number.