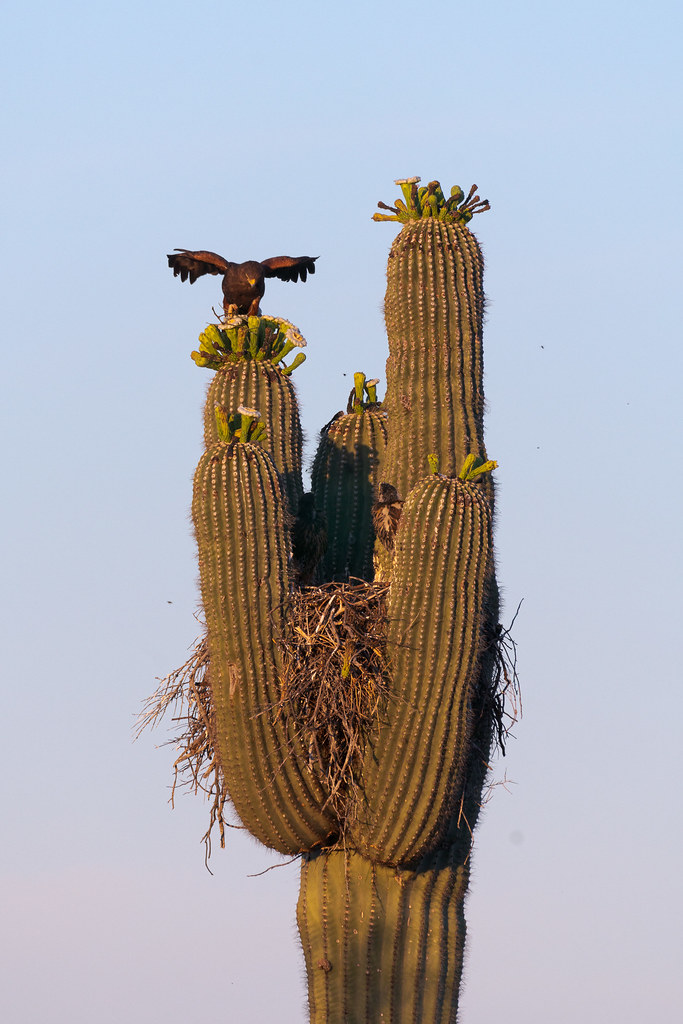 Early on a June morning I was watching the two Harris’s hawk nestlings when an adult flew in with a twig clutched in its talons. It landed on one of the tallest arms of the saguaro and I expected it to drop down and spruce up the nest but instead it stayed on the arm with its wings partially spread. I couldn’t figure out what it was doing, if it was trying to maintain its balance in the breeze it would have spread them out fully and used its tail, instead it sat there with wings half-extended as it looked back and forth between the two nestlings (one is looking up between the saguaro arms on the right, the other is doing the same deep in shadow on the left).

And then, taking encouragement as the adult looked on, one of the nestlings flapped its wings and landed, if awkwardly, on a lower arm. The saguaro flowers and fruits give a little extra purchase away from the sharp spines, although they also attract bees. The other nestling flapped its wings at times but made no attempts to leave the nest. The next week the one nestling had fully fledged and was now exploring the desert near the nest while the second one was actively flying from arm to arm, soon I suspect to join its sibling below. It might have been slightly younger as its feathers seemed to come in slightly behind the other. 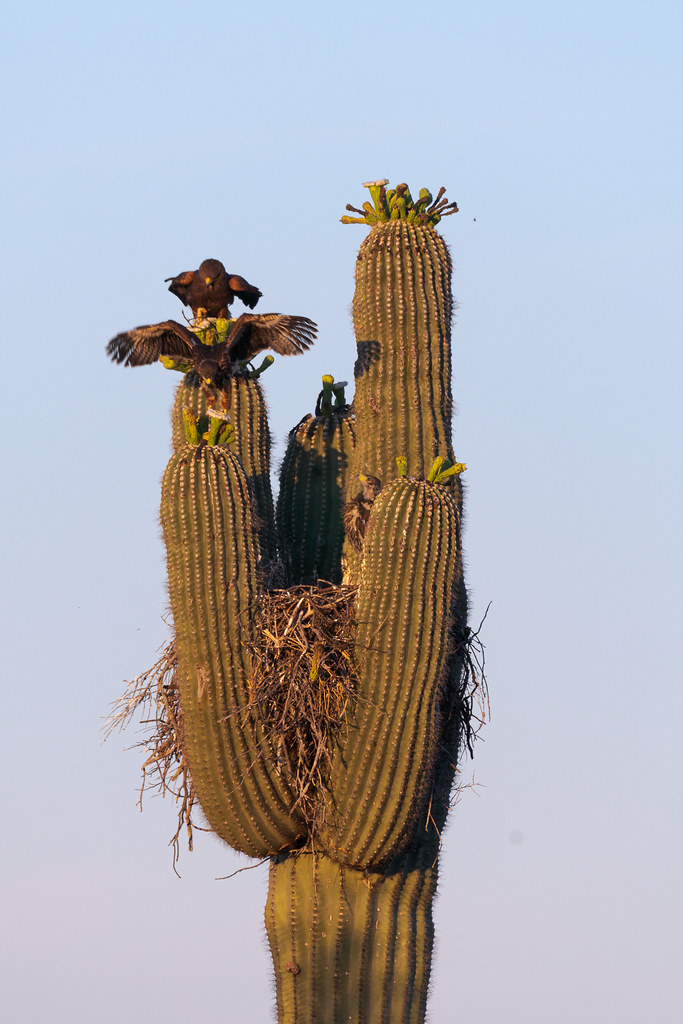