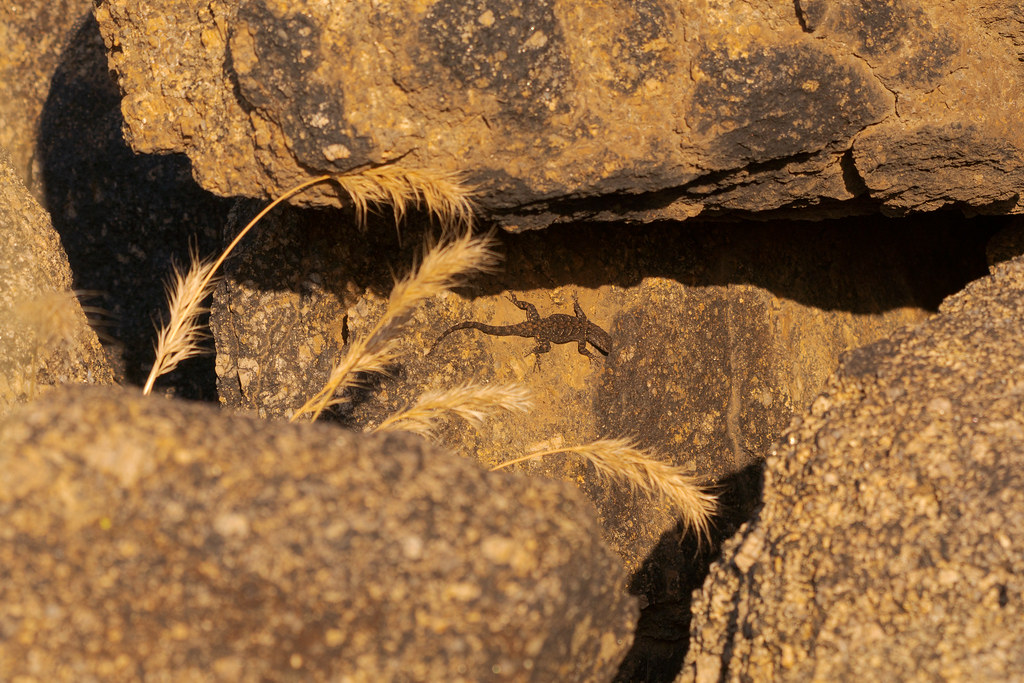 I nicknamed this jumble of rocks The Lizard Rocks when I first saw them, though I saw no lizards there. It just seemed like they should be there, though I was new to Arizona and not really sure where lizards would want to live. They aren’t large rocks and it’s not a large formation, I suppose my initial fascination came from it being a nice place on a favorite trail to stop for a drink as it’s nestled into a kink on the trail with room to step out of the unsighted path of cyclists and horses. It took me a while but I did eventually start seeing them, on this spring morning I saw at least six lizards from three different species. This ornate tree lizard was the first I saw, I took some closeups but also pulled back to give a bit of flavor of the place he calls home.