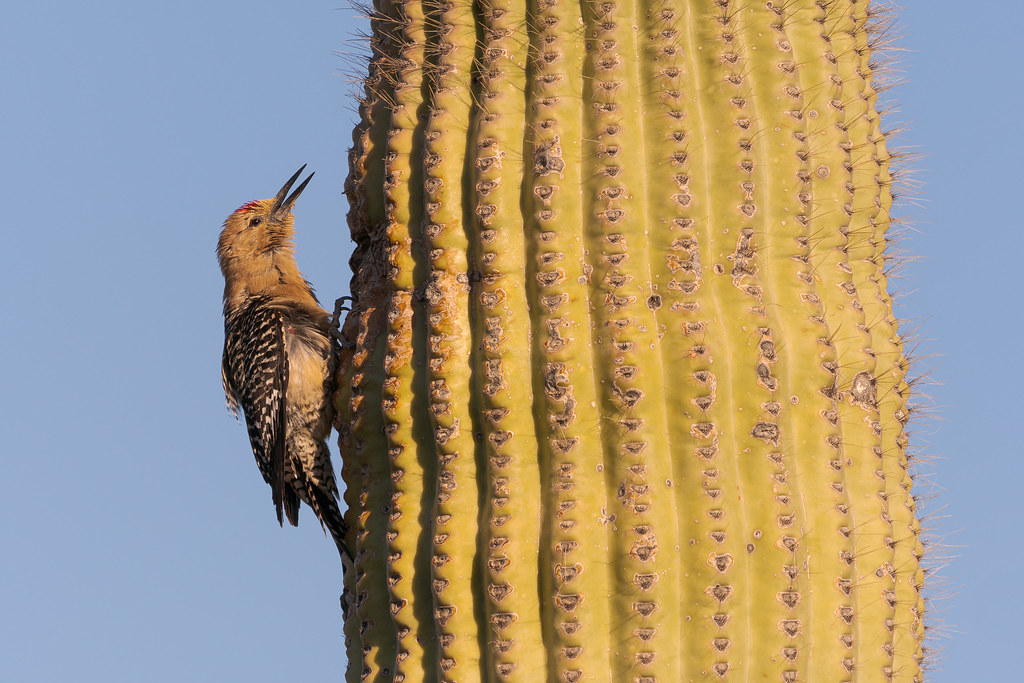 Early on a spring morning a male Gila woodpecker calls out near his nest in a saguaro. He often had an insect in his mouth so his calls were usually a bit muffled but in this instance his beak was empty and his voice was strong. He and his mate were vocalizing as they hunted for insects to feed their young, I’m assuming so they could keep in close contact with each other when out of sight, especially when one was inside the nest. After my hike this morning a handful of these wonderful birds were quite active in the backyard as they visited the feeders and pecked at tree branches.