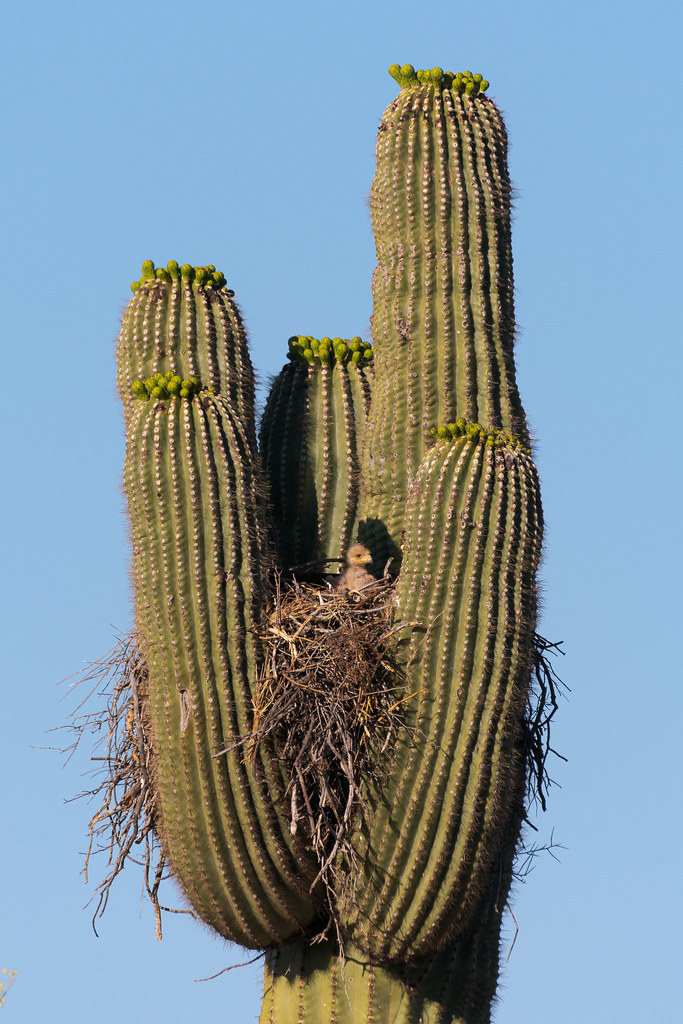 Though taken in December yesterday’s picture began in May, when I first saw one of the Harris’s hawk hatchlings poke up from the nest. I’m not sure if its sibling had hatched yet, one of the parents (not visible) is laying down behind it with several more adults nearby. I wrote in my journal “There was no acrimony among the hawks given how close they were to each other & the nest, was a little surprised”, understated confusion solved later when I learned they raise the young in family groups. Also wrote “Soaptree yucca are blooming, got too distracted by the hawks for pictures”. That’ll happen!