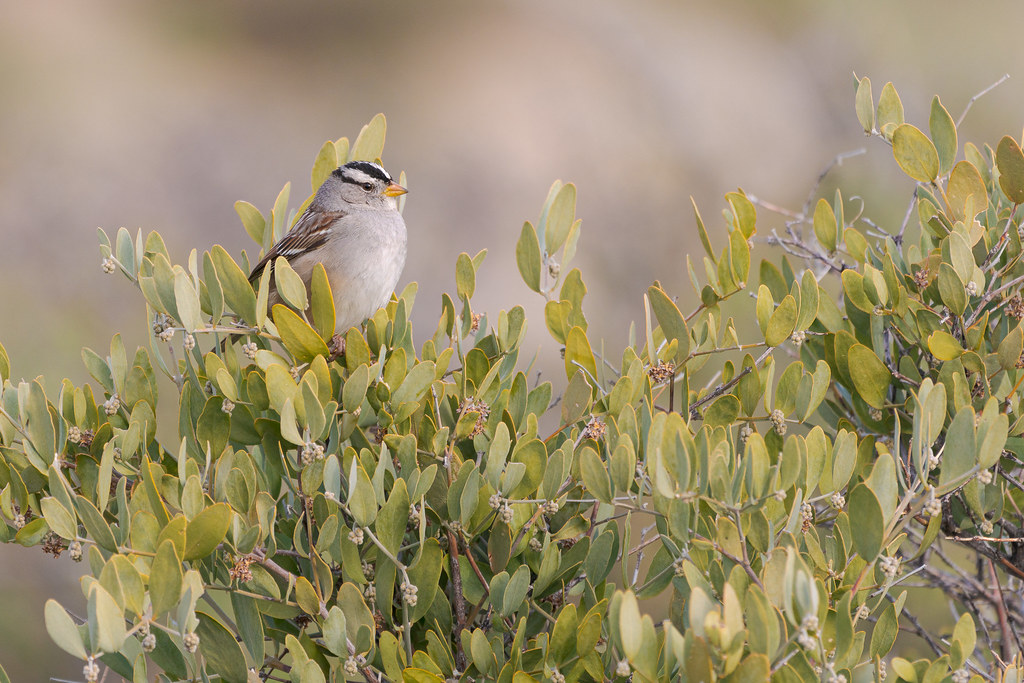 Jojoba has wonderful upright leaves and comes in male and female forms (this is a male), the female has a fruit that reminds me of an acorn which reminds me of Ellie. When we were in Portland we had many old oaks in the neighborhood that dropped a multitude of acorns each fall. They smelled like food to Ellie, not enough for her to eat one but enough that she wanted to smell each and every one just to be sure. The pup did not believe in letting food go to waste! The male jojobas don’t fruit although this one sprouted a white-crowned sparrow.