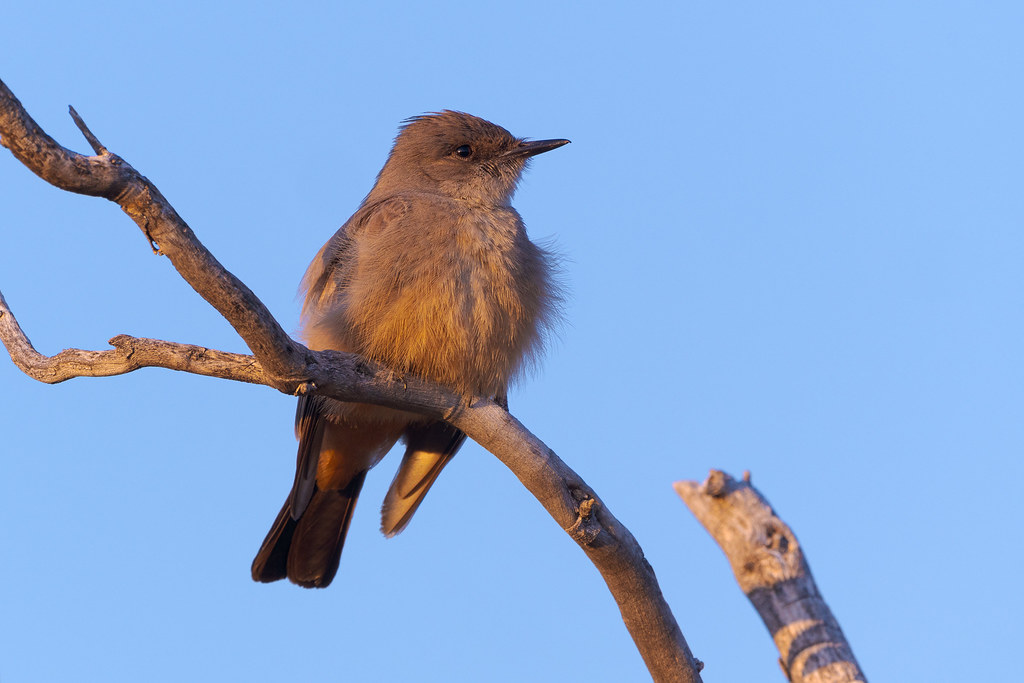 In February I was headed up to an interesting saguaro in the last light of day when I stopped as I saw a bird flying straight towards me. I was a little surprised as I was wearing my bright orange jacket and easily visible on the trail though I had just rounded a bend. I feared I had inadvertently strayed too near a nest but the bird wasn’t agitated and landed so closely in the tree above I almost dared not look up. I walked back down the trail as quietly as I could until I got a better view of what turned out to be a Say’s phoebe, a bird I first identified last June at the house but hadn’t seen since. It hung out in the tree for a while before it flew to the saguaro that had been my original target, trying a few perches before flying off for good. Pleased to meet you little one and thanks for the introduction.