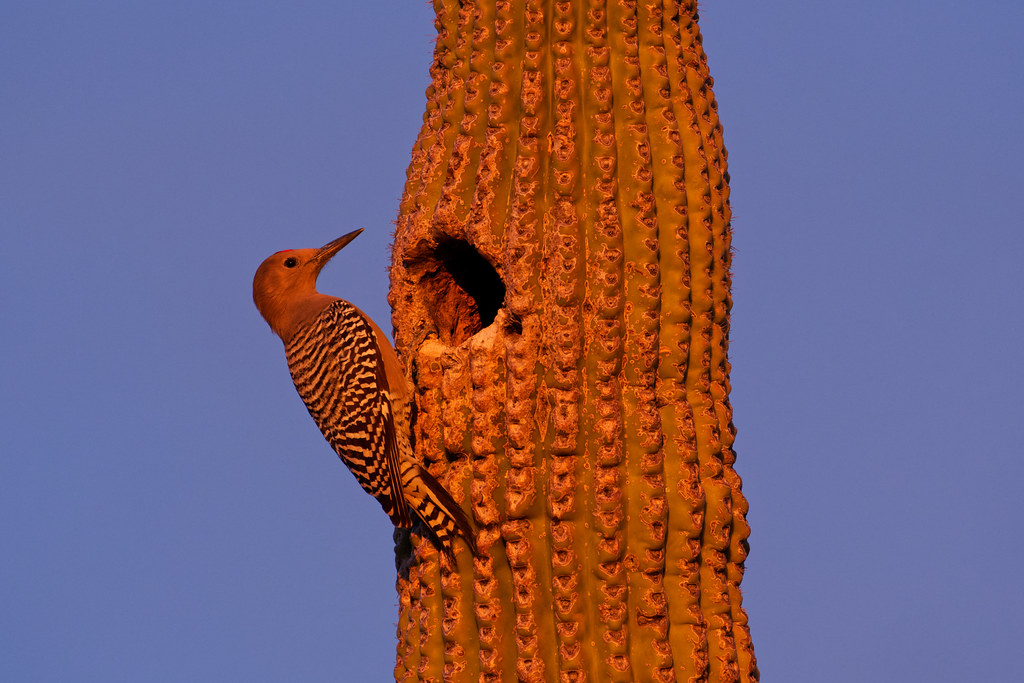 Only a little sliver of red atop this Gila woodpecker’s head is visible but the whole scene is bathed in intense red light as the sun begins to dip below the mountains behind me. Even as I took it I wasn’t sure how it would turn out as I think in isolation the red is a bit too overwhelming, at least until the light softened shortly thereafter (but after the woodpecker left) when the sun was more obscured by the hills. I had been shooting with my other camera but the patient fellow hung around until I went back and got the telephoto one.

After he left I lowered the camera and set the tripod aside as I went back to my camera bag for a drink and to get my other camera. With the woodpecker image still displaying on the back of the telephoto camera I realized I could use my shadow to mimic the saguaros to my right and take a bit of a self-portrait as a reminder of the little trail in the little park a little ways from my home. 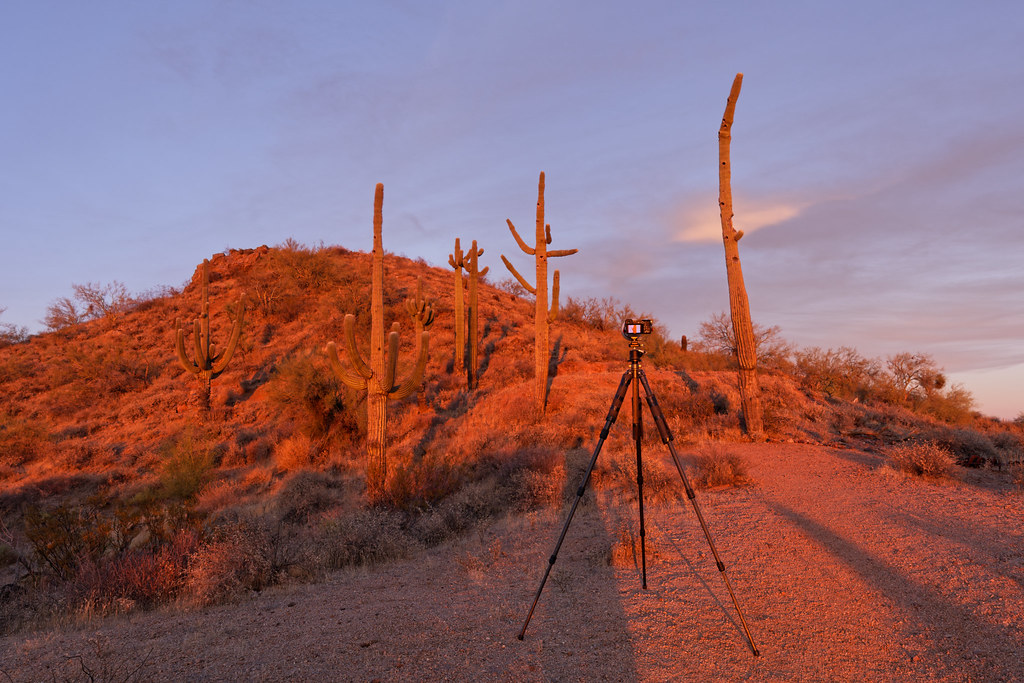