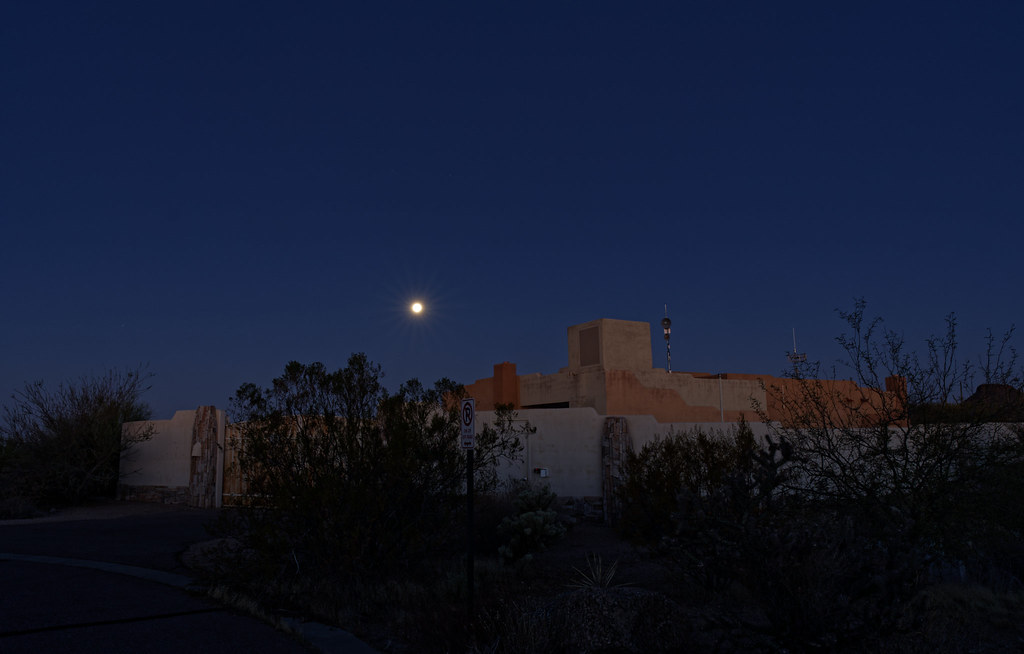 The moon sets over Tosche Station, I was supposed to meet my friend Luke here to pick up some power converters but he had a couple of new droids to take care of. I forget what this building actually is, I think it’s a utility building of some sort, but it reminds me of Star Wars and thus makes me smile. It sits at one of the neighborhood entrances to the preserve, closest to my favorite saguaro, there’s no parking here but we live close enough that my wife can drop me off when she’s available. That saves me some time hiking over from Brown’s Ranch, while I love that section of the trail it lowers the probability of me getting seduced by woodpeckers.

I’ve been meaning to photograph it for a while, I almost did the other morning when the entire scene was bathed in red but I wanted to get out to the saguaro (which was bathed in pink when I arrived). I couldn’t resist a quick shot a few days later as the moon set, I only took the one as I wanted to see if I could include the moon in a scene with the saguaro and since the moon wasn’t standing still, neither could I.