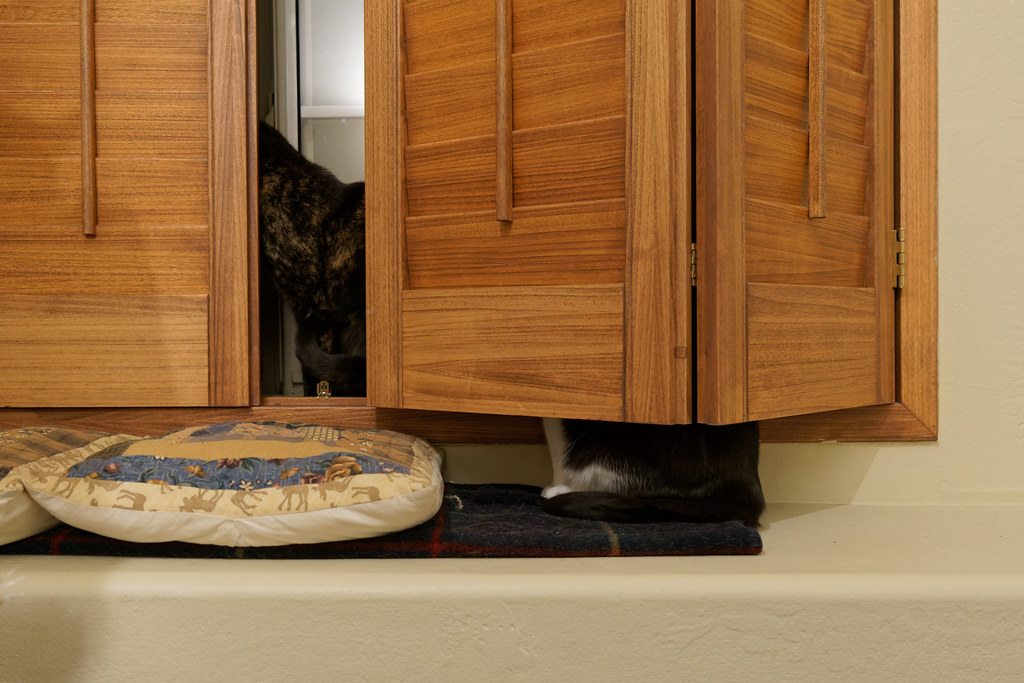 Boo has spent a lot of time with me this winter and at night has been trying to figure out how to open the window shutters after I close them. I suppose he has figured it out since after he starts rattling them I give up and open them enough so he can get behind them. On this night in January Trixie joined him for his watch. A couple of weeks later he sprang off my legs where he had been sleeping and ran to the window, this time I grabbed a flashlight and when I opened the shutters saw the local javelina family was paying us a visit. I went and woke Trixie and Sam and brought them in, Trixie squirmed and protested until she saw why I had disturbed her slumber. Boo had seen them before, not sure about Sam and Trixie, but they all sat transfixed as the family rooted around for mesquite seeds on the other side of the window.