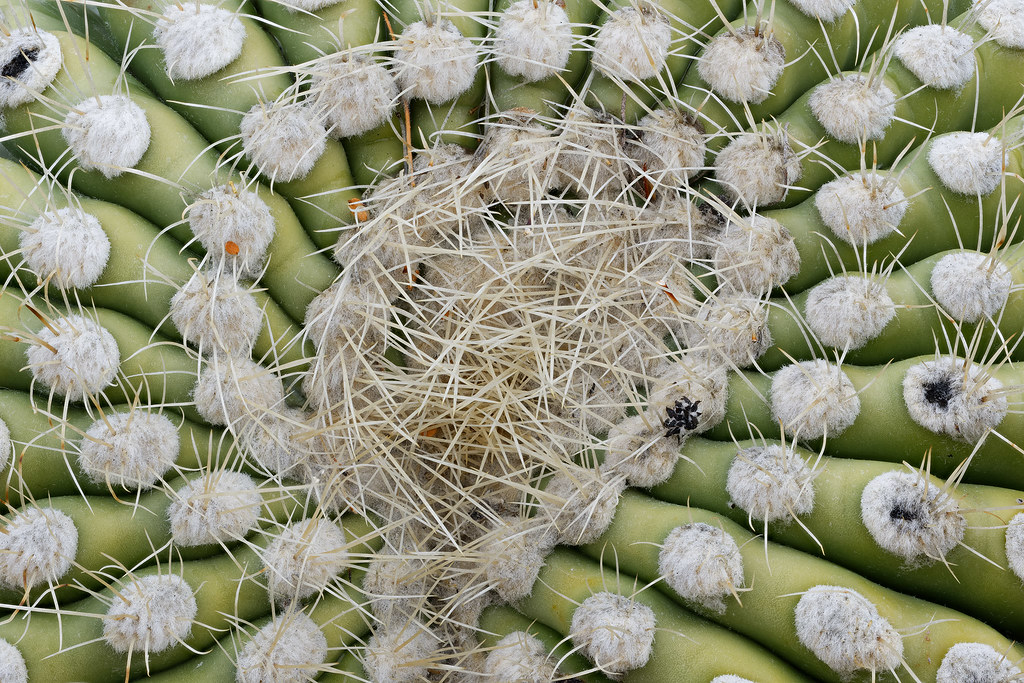 A network of spines grow in a spiral galaxy of areoles in the depression at the tip of a saguaro arm. This is a focus stack of 24 images taken with the Nikon Z fc and the Nikon Z 105mm macro lens, my main motivation for getting the camera was for taking close-ups and I’m happy to say I’m loving it and have done little else on my hikes the past month.

I picked up the camera and a couple of lenses early during my time off at Christmas so I could start to learn the Nikon system, I hoped to get the macro lens as well but was resigned to wait as my local stores and usual mail order stores were out of stock. But then Steve Mattheis mentioned on his video channel he got his Nikon Z9 from Pictureline up in Salt Lake. They were new to me but seemed like good folks and had the lens in stock, so with a few clicks the lens was on its way and I had a handful of days to play with it before my break ended and I returned to a busy month at work. Very easy process, they took Apple Pay and kept me up-to-date throughout to the point the email saying the lens was delivered arrived before the UPS truck had pulled away from the driveway!

I resisted watching Steve’s channel at first when Youtube started recommending it as some photographers view wildlife photography as a non-lethal form of trophy hunting but Steve shows both knowledge of and concern for the animals he photographs up in Wyoming, with a philosophy that the animal is more important than the picture of the animal. Highly recommended, watching his videos is a respite from a hectic world.