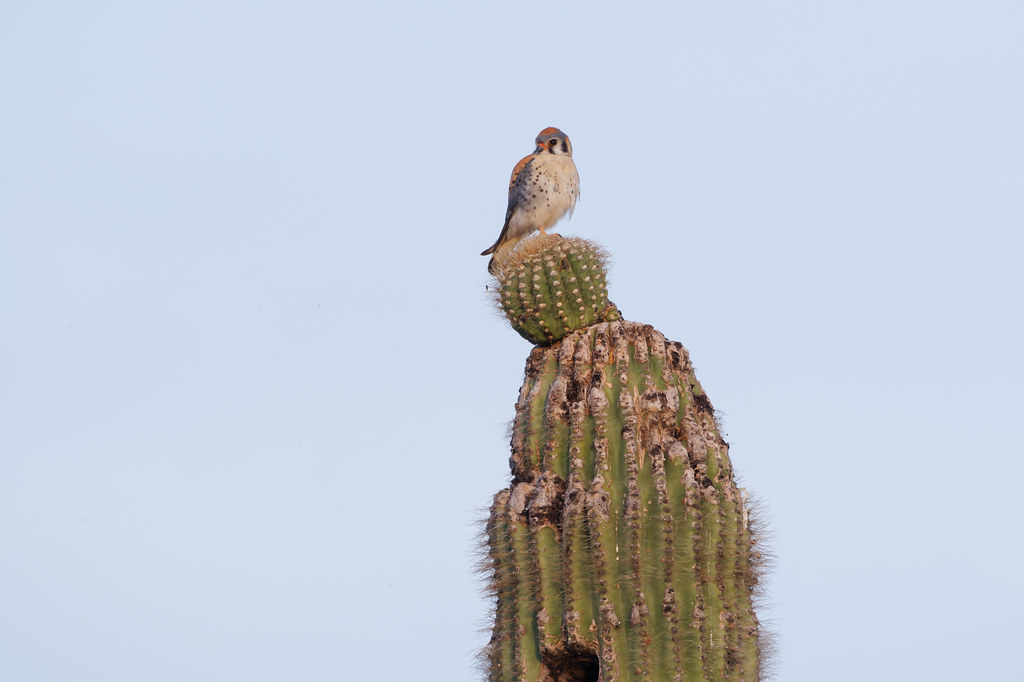 Last weekend in the distance I saw a kestrel perched on a saguaro and since the telephoto lens was still in my shoulder bag, just whispered hello to the female I’ve seen here and continued up the trail. Whereupon I found another kestrel on a favored perch, close enough that even with my naked eyes it was clear this was the female I often see. The other kestrel was still visible in the distance so I knew she hadn’t snuck in while I wasn’t looking, pulling out the longer lens I realized the first kestrel was a male.

I was in a meandering mood and went up and down parts of various trails based on whim and whimsy, when I finally made my way back I saw the male was still perched where we first met. But as I set up to take his picture in the late light I realized it was the female.

After taking her picture I continued on, the blue light descending with the sun mostly faded, when in the distance I saw what looked like a kestrel on a saguaro. But this saguaro has fooled me many times, new growth has started where the top is broken and that little bump always makes me think at first glance that a bird is perching atop the old giant. This time though my pattern-recognition self insisted there really was a kestrel up there so I pulled out the lens and could barely contain my laughter as there sat the male, posing for this picture at the end of the day.

Maybe one day this desert will stop surprising me, but probably not anytime soon.