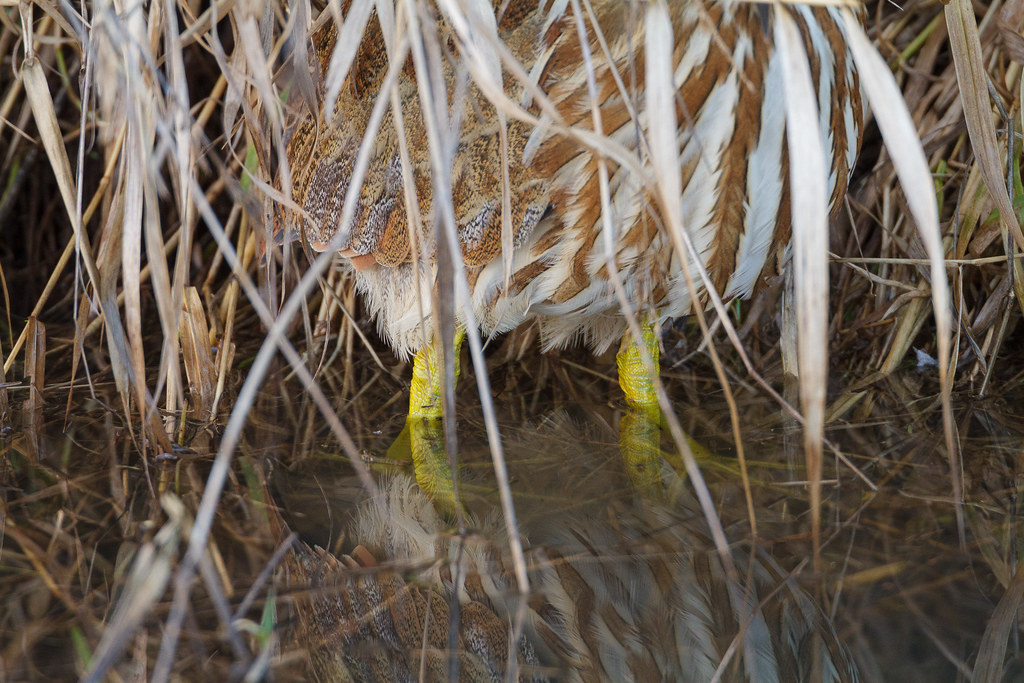 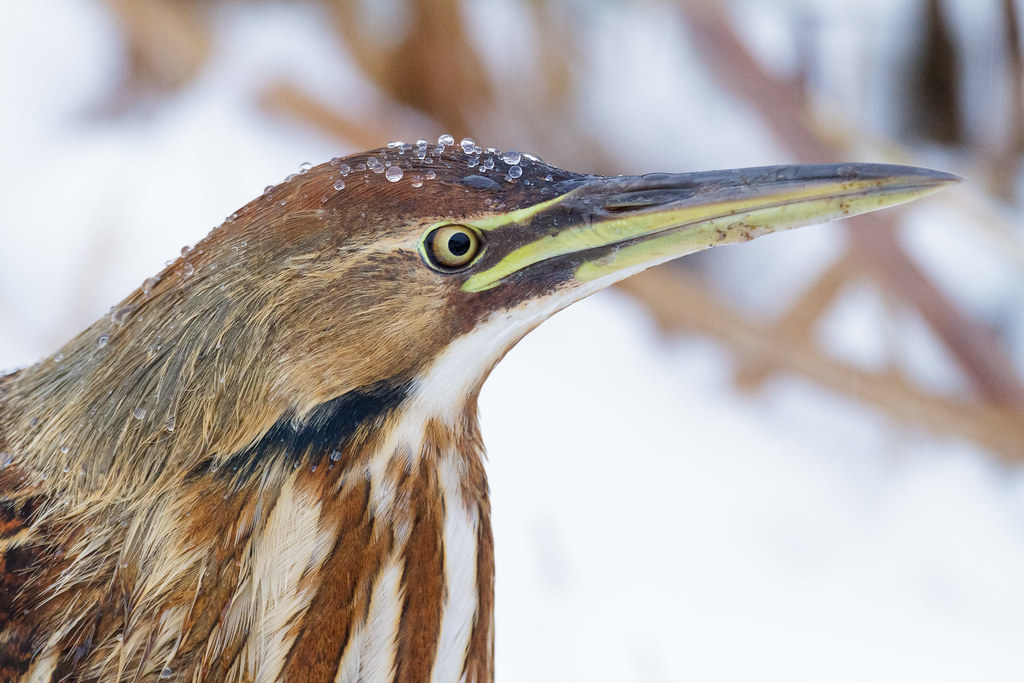 On New Year’s Eve in 2009, snow still blanketed the ground but the more typical cold rain had returned, beading up on the head and neck and shoulders of an American bittern as it patrolled the edges of South Quigley Lake. I loved being at Ridgefield in the rain, sitting at one of my favorite spots on the auto tour with a bevy of towels strewn around the car to absorb the rain that would blow in. Your car acted as a blind so on days with poor weather and little traffic, as long as you sat quietly the animals would relax and often come quite close. This was one of two bitterns I was watching for a couple of hours that afternoon until the bewitching hour approached and I had to start the car to make it out before the gate closed. 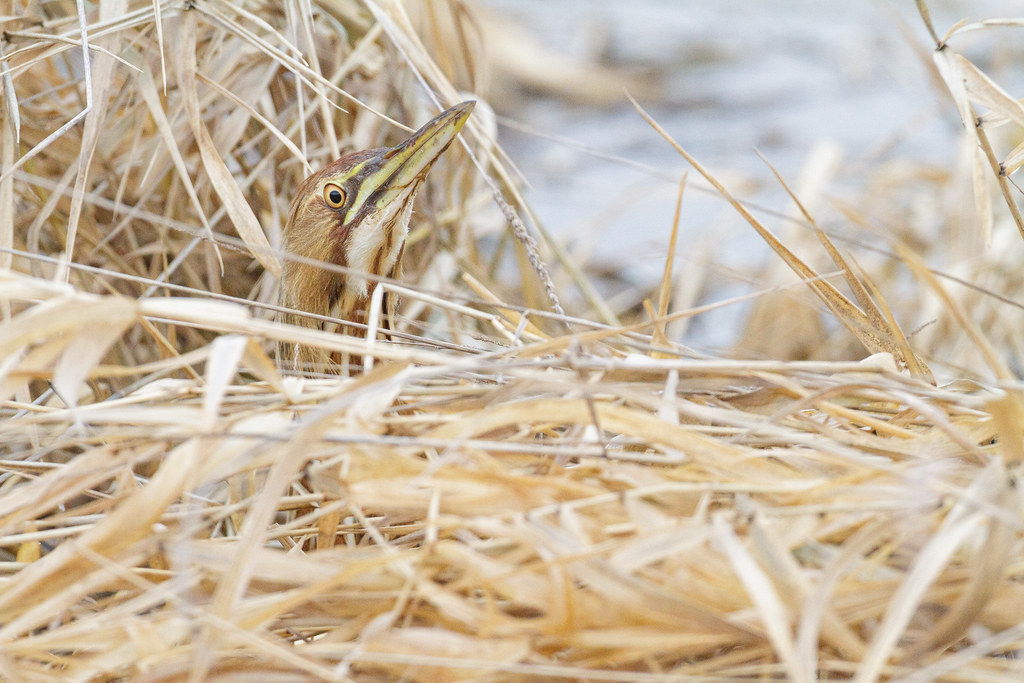 From January 2010, I always loved finding bitterns although they excelled at not being seen. 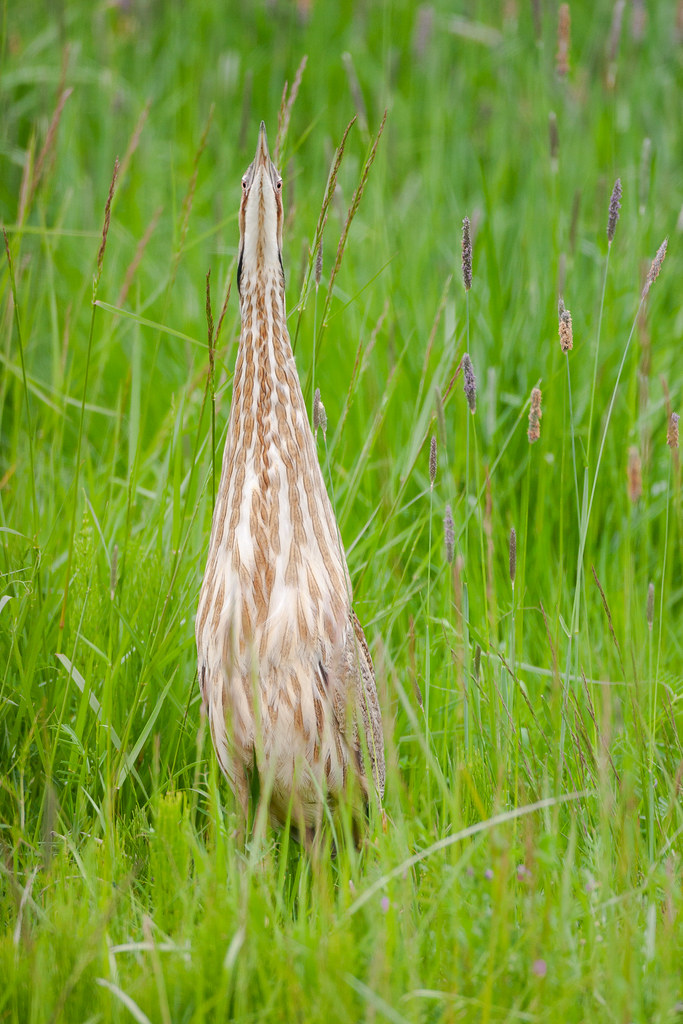 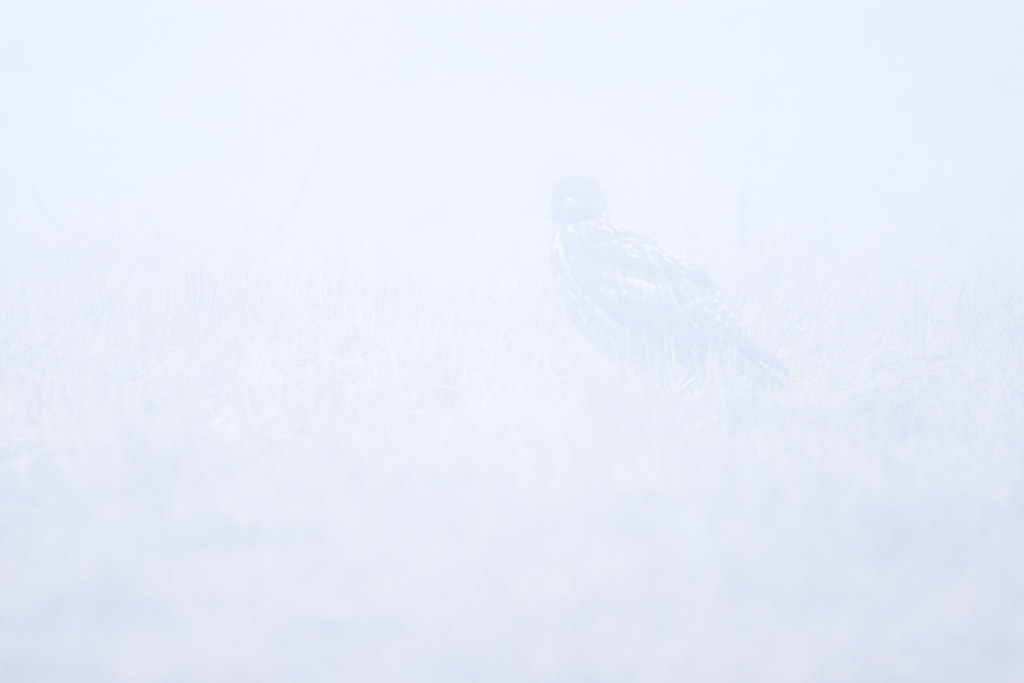 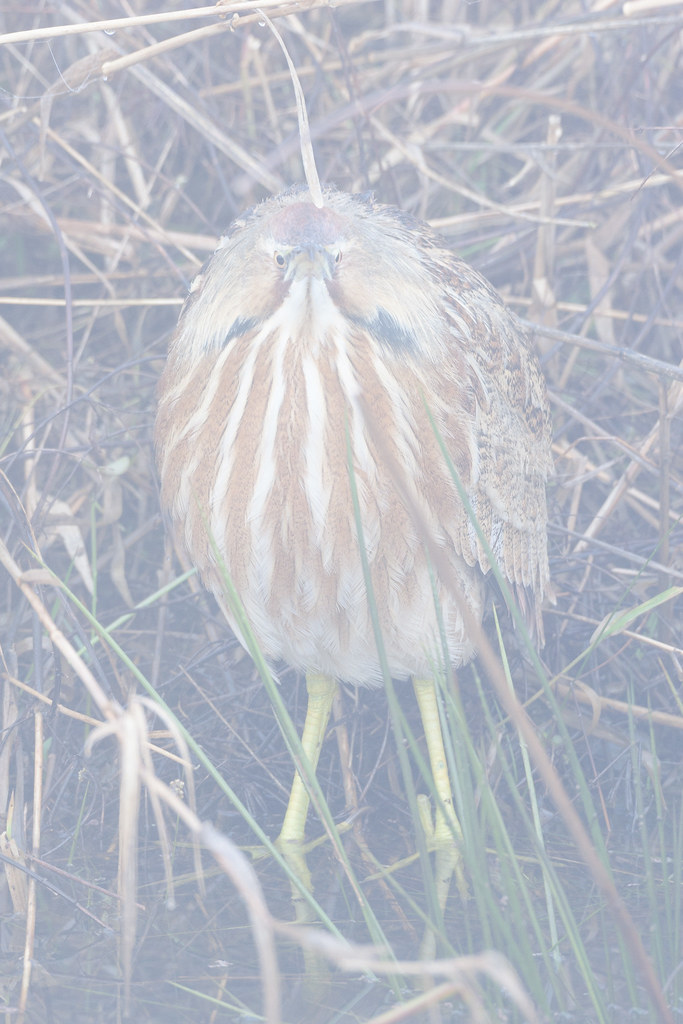 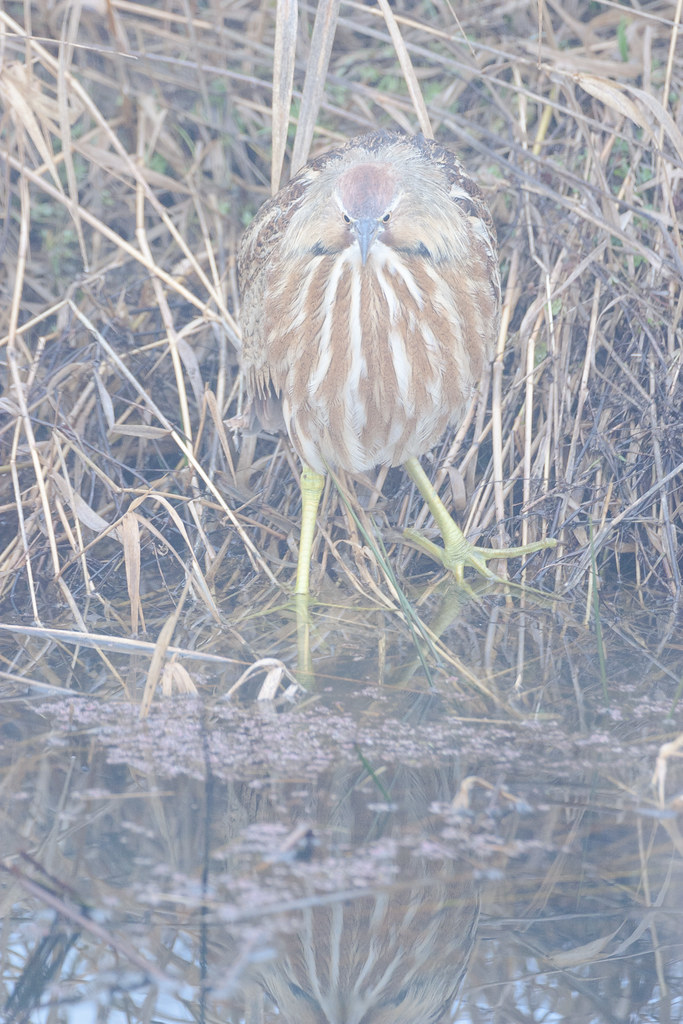 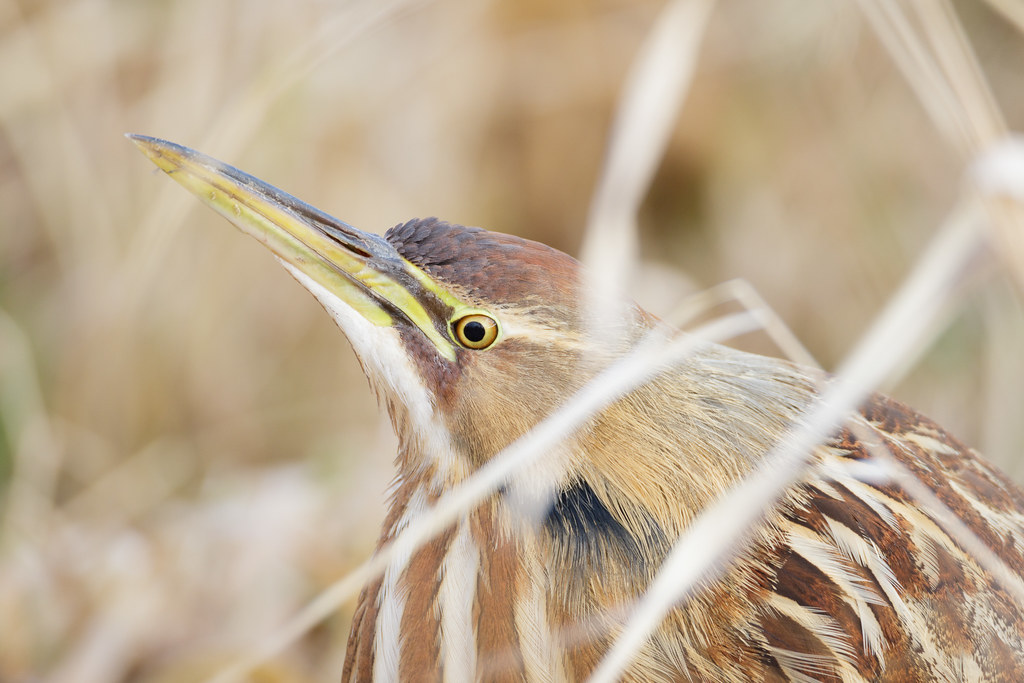 An American bittern pauses while hunting the shores of Rest Lake on a winter morning. 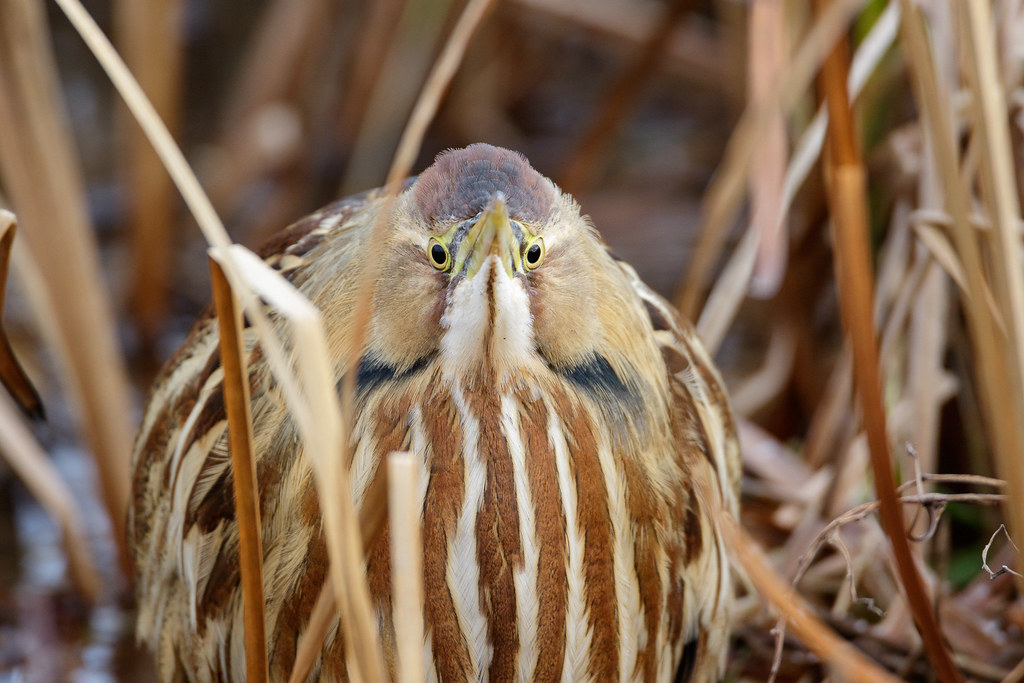 I came across this bittern ball early on a winter morning at Rest Lake. Bitterns can take on a variety of shapes but I suspect this one is so spherical because it fluffed out its feathers to keep warm on the unusually cold day. 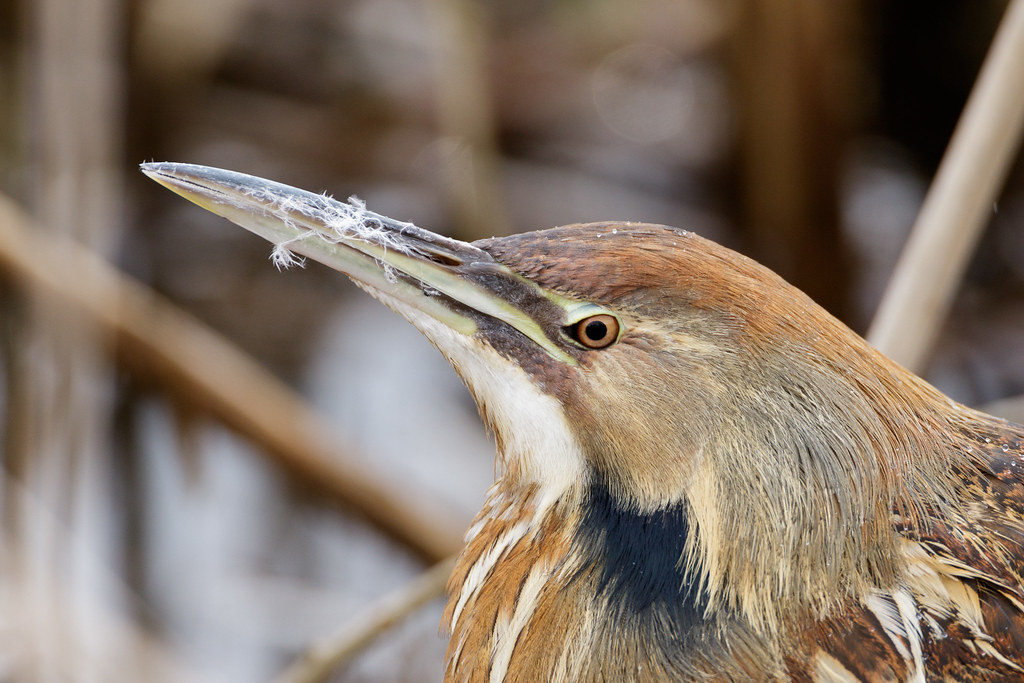 Downy feathers cling to an American bittern’s beak after a preening session on a rainy winter afternoon. This one was at South Quigley Lake at Ridgefield National Wildlife Refuge, my second favorite place to watch for bitterns on the refuge (and the first if there aren’t tall grasses along the final channel beside Rest Lake, like during the winter this was taken). 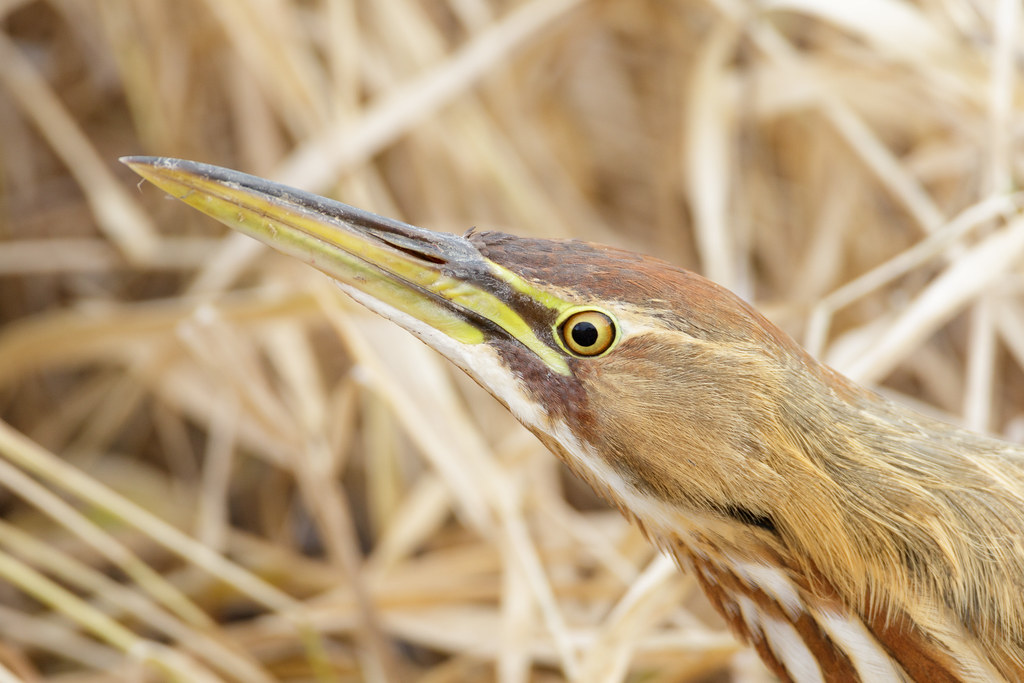 I visited Ridgefield a handful of times over the Christmas break and was saddened to see that my favorite spot to watch bitterns, a little strip along Rest Lake, had been mowed close to the ground. There is plenty of cover in other areas near this strip so the bitterns still have ample places to hunt, they just won’t be visible from the road. So I was ecstatic on my last visit, when I had stopped to watch some bufflehead in an earlier section of Rest Lake, to notice this bittern hunting in the tall grasses. I only had a little window through the grasses to see it but it was a real delight to watch one of my favorite birds again. 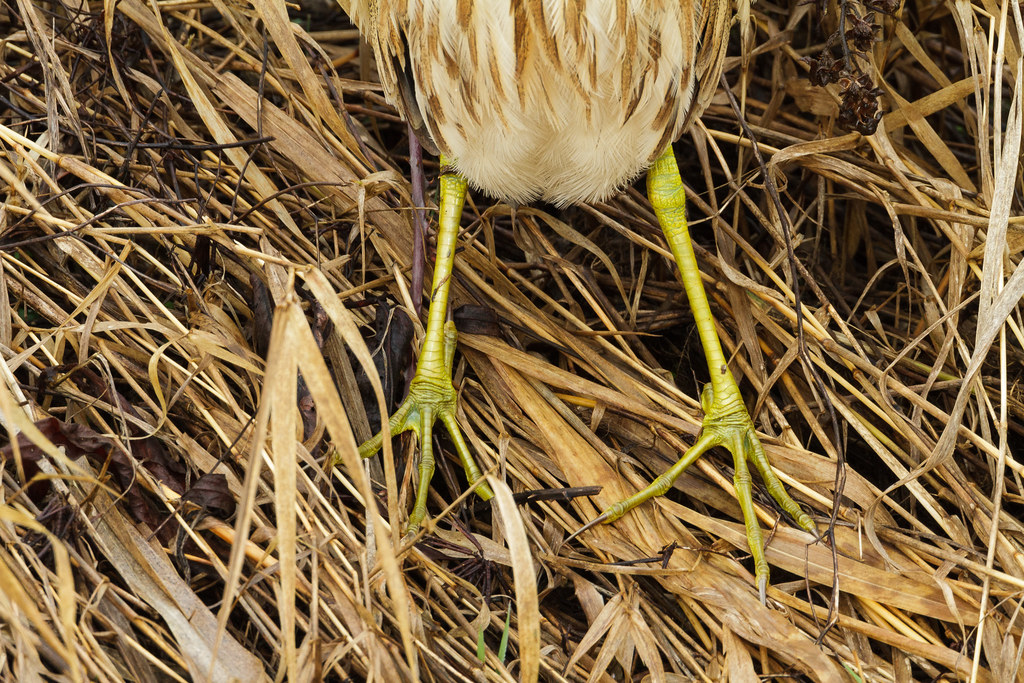