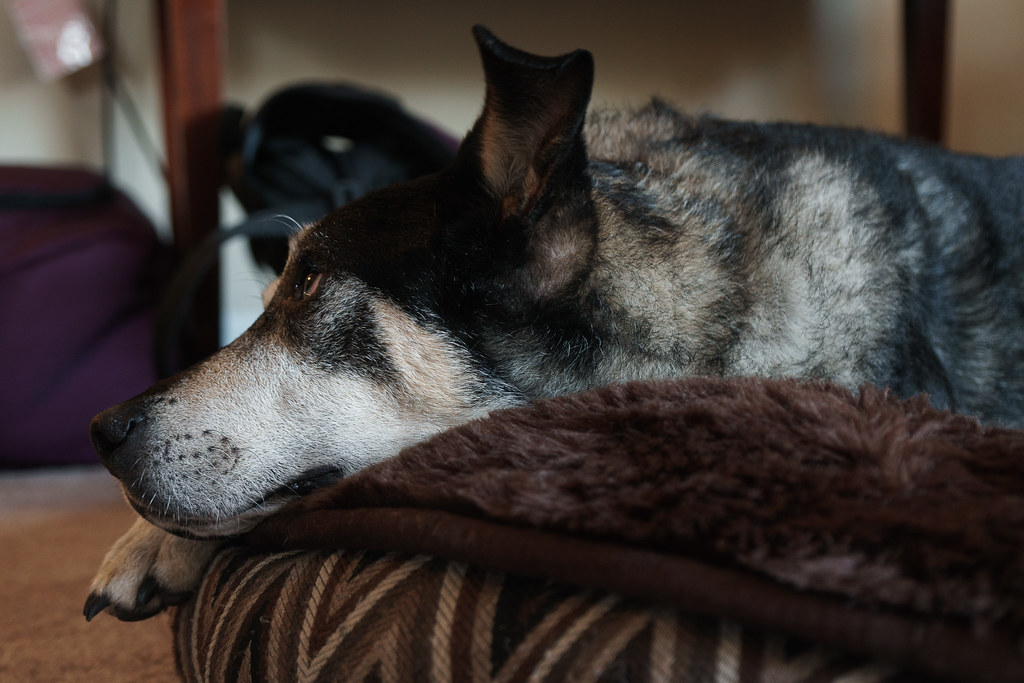 When Sari is around, you have to spell walk instead of saying it, her ears are on alert for the magic word. 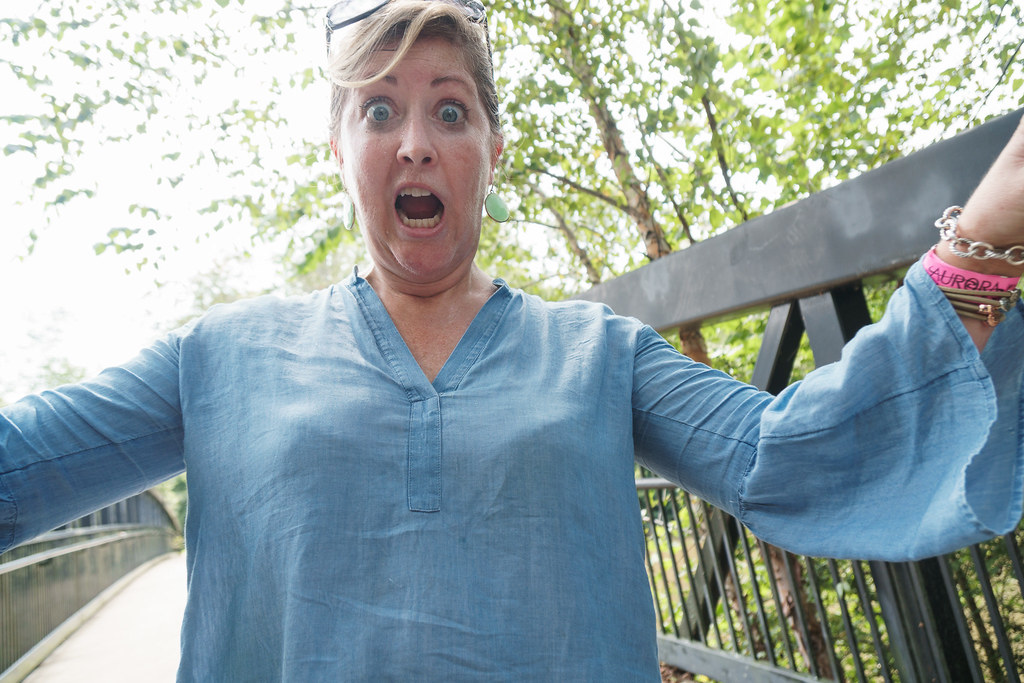 This isn’t what it seems.

I was nearing the end of a long trip, first flying from Portland to Baltimore to visit my brother’s family and sort through some of my dad’s papers as we tried to reconstruct the last years of his life. From there I flew to Texas to help my mom pack before driving to her new home in Atlanta where she’ll be near my youngest sister. The day after we arrived the three of us and my sister’s dog Sari met up with my cousin and his son and one of their dogs and went for a walk along the Chattahoochee River. Near the end of the walk we crossed paths with a mother and her inquisitive young son. His interest was piqued at first by the dogs but as we approached a footbridge and I stopped to photograph a drawing of a cat, he became interested in my camera and asked if he could take some pictures. I was happy to oblige, he was short enough that I could stand over him and hold the camera although I couldn’t see what he was aiming at much less set up the camera for the exposure, but I showed him where the shutter button was and helped him take some pictures in the general direction of his mother.

Because I was watching him and the camera, it wasn’t until later when I reviewed the pictures that I realized she was making silly faces to make him laugh.

A couple of days later as I made my way back home to Portland, I thought about how the circumstances of our encounter influenced the experience of it. There was no fear or anger that might accompany danger or prejudice. There was no busyness or indifference that is a necessity of the large crowds on the train or plane. Just a chance encounter on a relaxed walk in a lovely place, a moment of warmth and frivolity that even in the weariness at the end of a long trip, that even in the weariness at the celebration of cruelty in my country, reminds me we can be beautiful when we want to be. 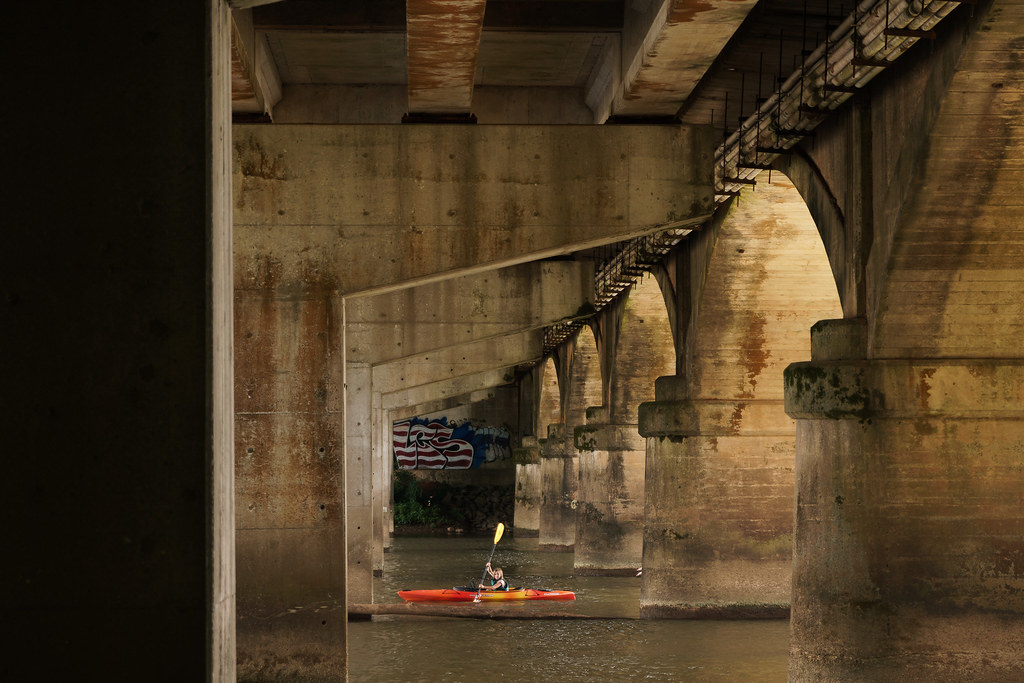 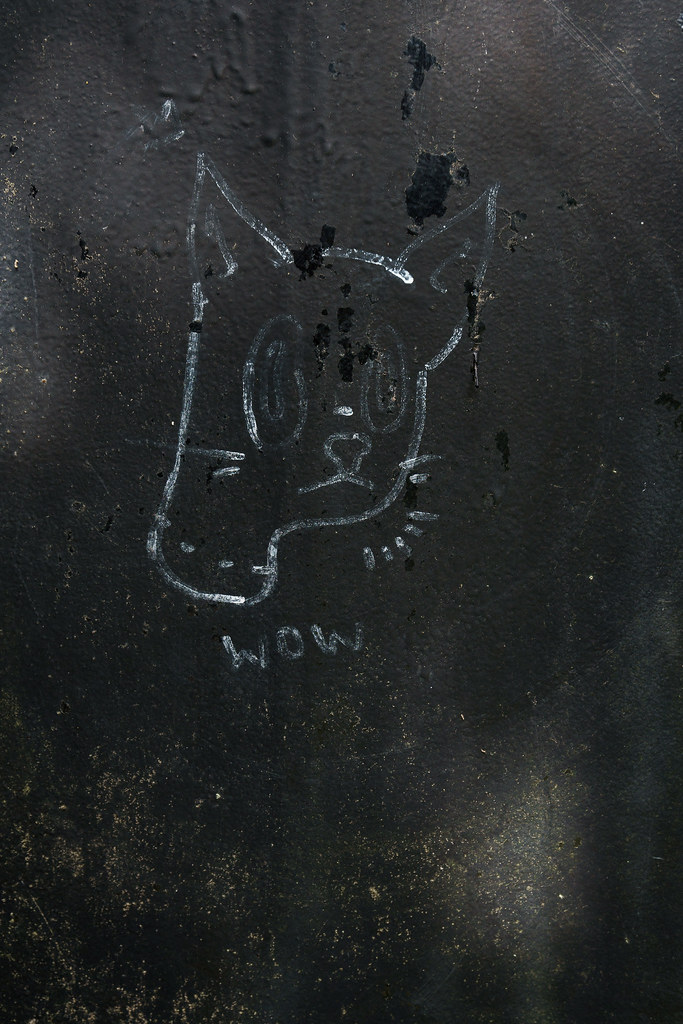 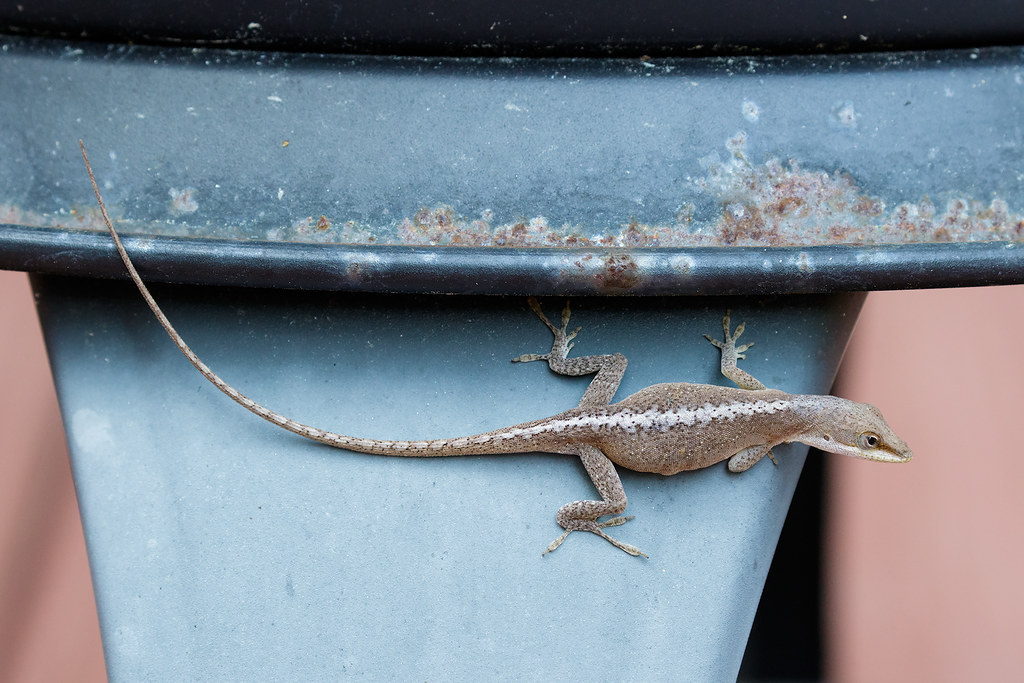 Though not a true chameleon, the green anole is sometimes referred to as the American Chameleon because it can change its color, from brown as shown here to a brilliant green. 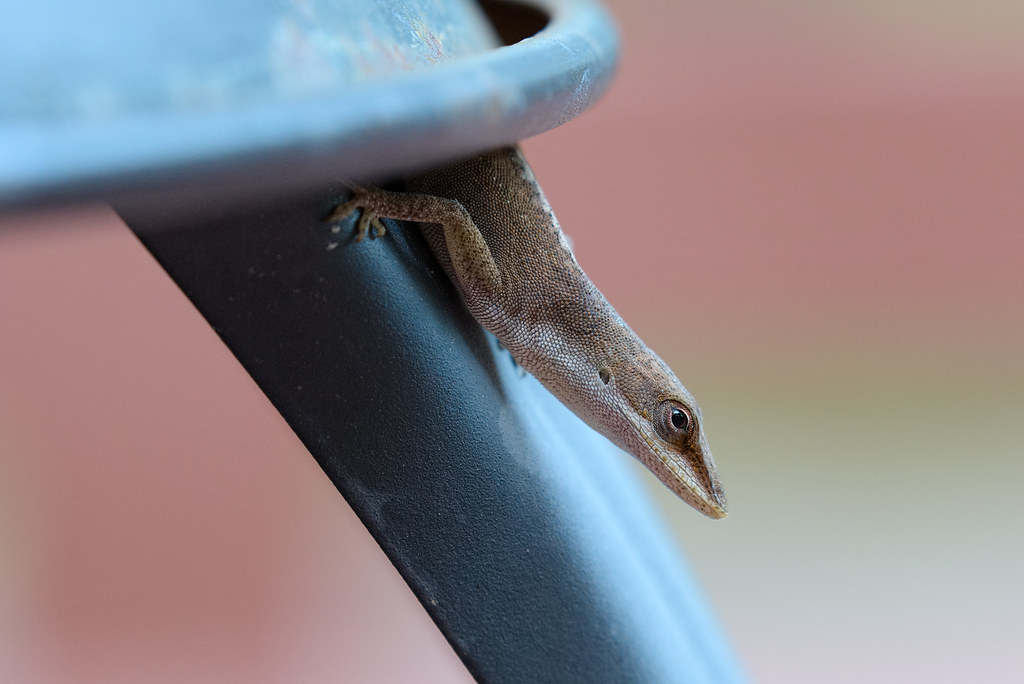 One of the things I love about the Canon 100-400mm lens is its portability. I was visiting family in Georgia for a few days and brought it along just in case there was a chance to use it, and I got that chance when I saw this green anole on some equipment on the porch. It often stayed fairly hidden but I was able to watch as it caught and ate an insect and drank rainwater that had collected in the base. Seeing the anole brought back a lot of memories, it was my inability to photograph the anoles and other wildlife while a summer intern in Florida in the mid-90’s that motivated me to upgrade from a point-and-shoot to my first SLR. I wouldn’t see them much after that, though, as I moved to Oregon when I graduated and we don’t have them here. I also appreciated the close-focusing and image stabilization of the lens, it’s really quite adaptable and let me get some pictures of an old favorite.