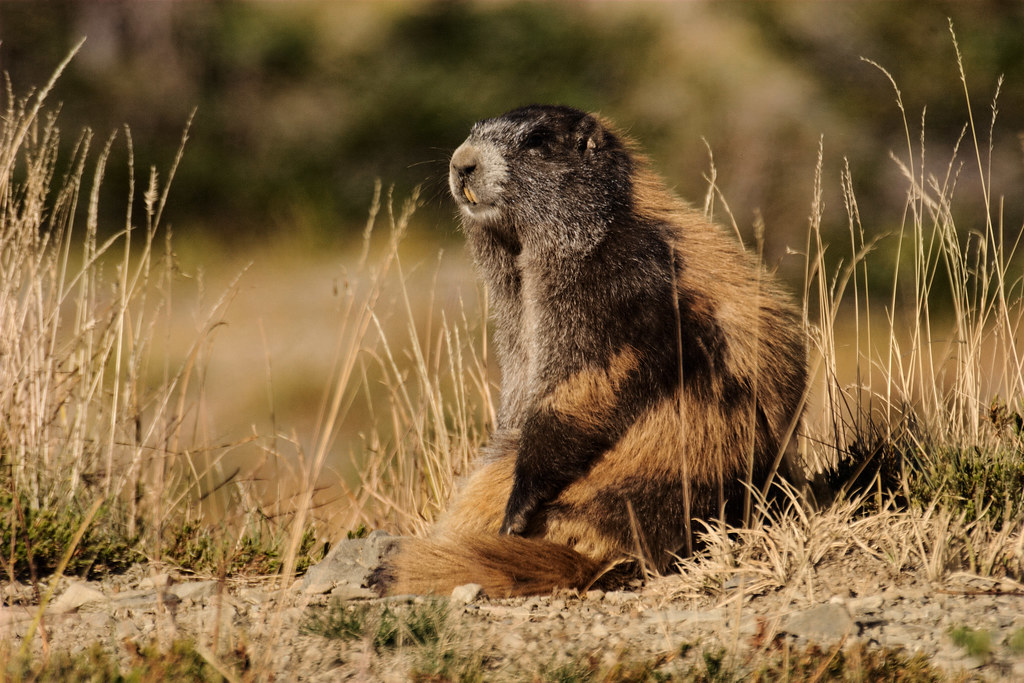 Looking back at these Olympic marmot pictures I was struck by how they resemble our tortoiseshell cat, Trixie. In cats the mixed brown & black fur pattern can occur in females (or rarely in males with two XX chromosomes) where the primary color varies randomly from cell to cell, but in the marmots I think their coats are changing from light brown early in the season to dark brown near the end, and the marmots I saw on this occasion in the fall were in the process of transition. 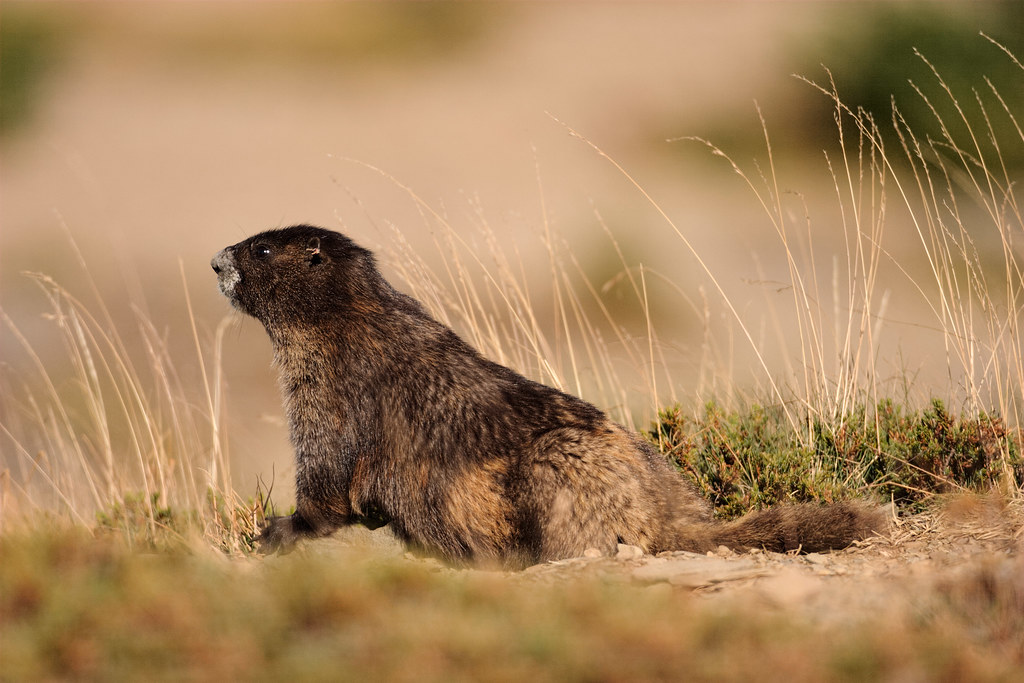 I’ve only ever seen Olympic marmots once, near the road on the way back from Obstruction Point after a day of hiking at Hurricane Ridge. The marmots are endemic to the Olympic Peninsula in Washington, the National Park service has more info if you’re interested. 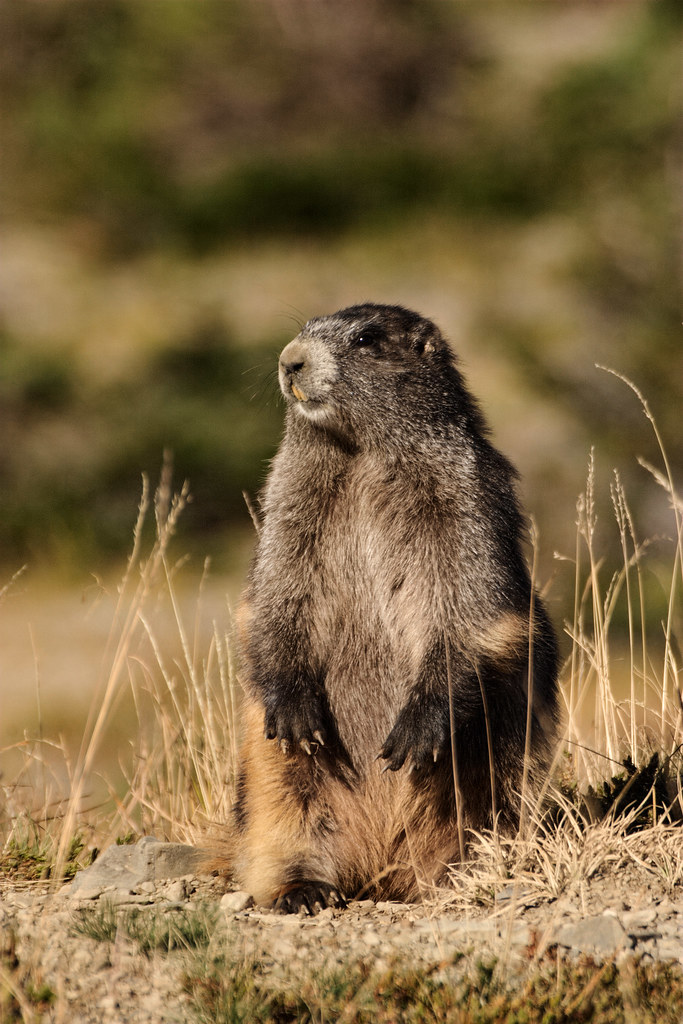