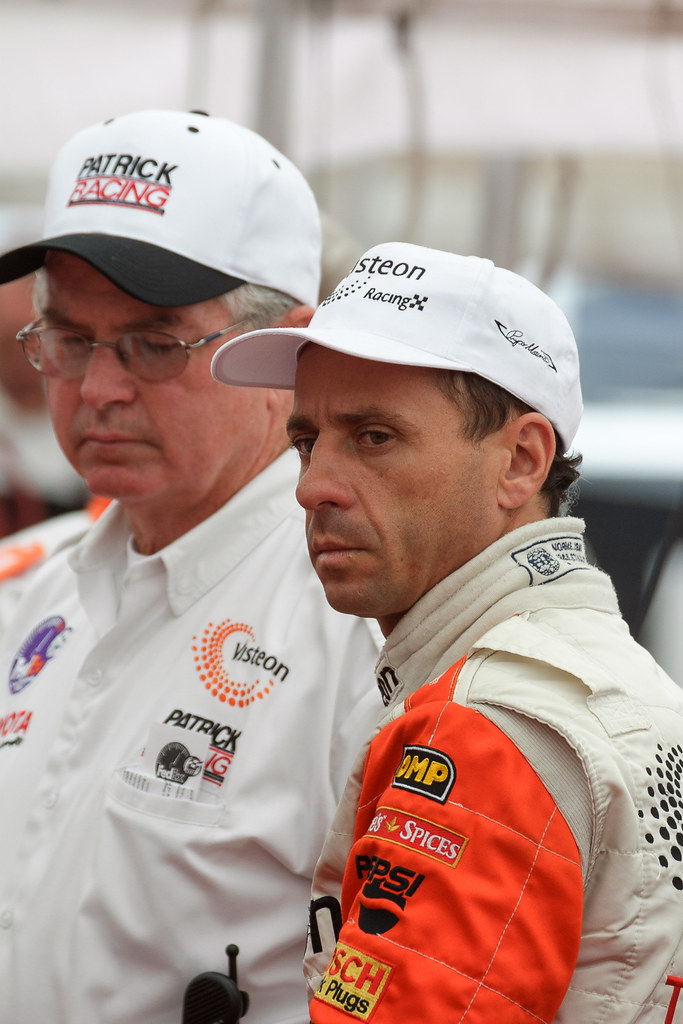 Roberto Pupo Moreno talks to his Patrick Racing crew during Friday practice at the 2001 CART race at Portland International Raceway. Some friends in graduate school introduced me to open-wheel racing in the mid-90’s near the end of Pupo’s Formula One career, he was so nice and unassuming I was pleased that not only did he then go on to race in Indycars, but I got a chance to see him a couple of times at the races in Portland. He’d finish second in the rainy race that Sunday.