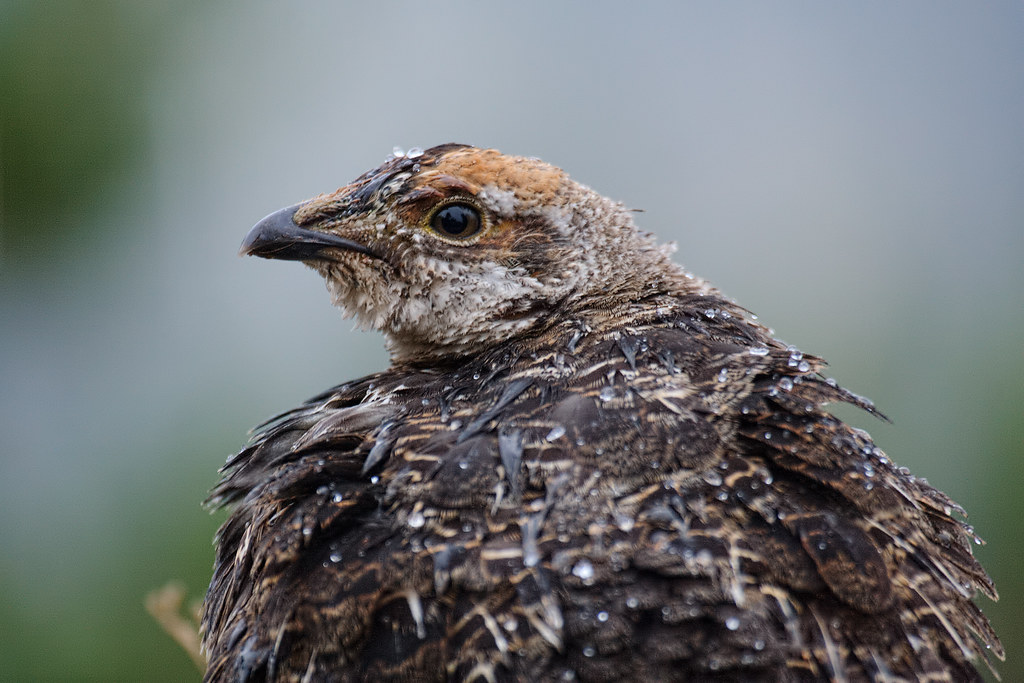 A sooty grouse covered in drops of rain on a cold fall day in Mount Rainier National Park. 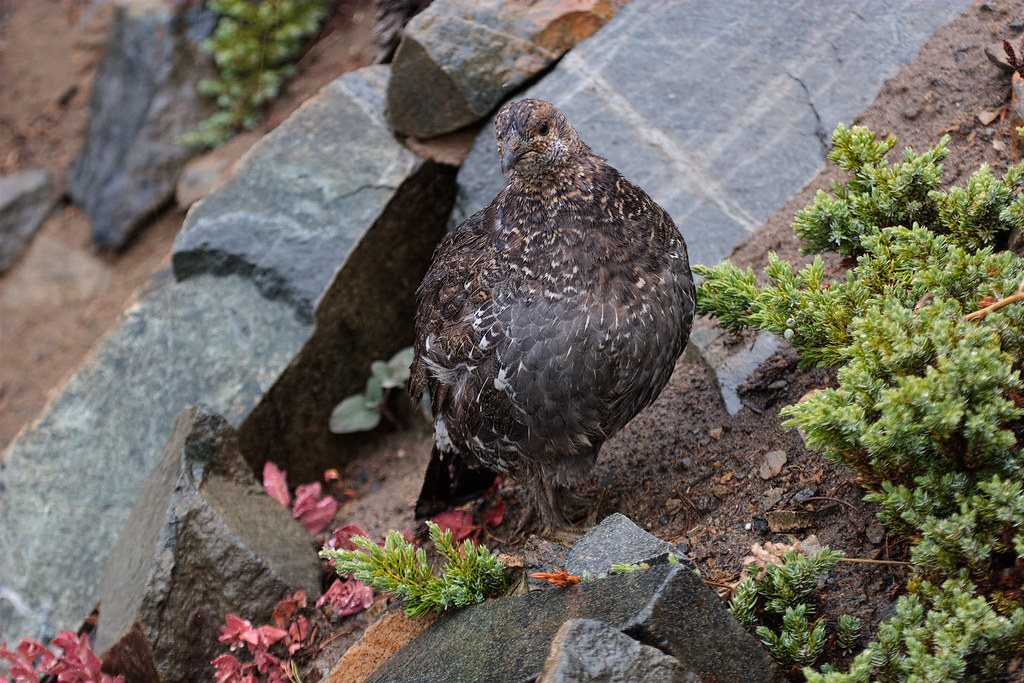 I had just arrived at the Sunrise area of Mount Rainier National Park and was taking a quick exploratory hike on the Sourdough Ridge Trail late in the day, as I had never been to that part of the park before. It was cold and raining but I found first a hoary marmot and then a group of sooty grouse on the way back to the car. My hands were soaked and cold so I was fumbling with the camera, but I watched them for as long as I could stand before continuing back to the car. 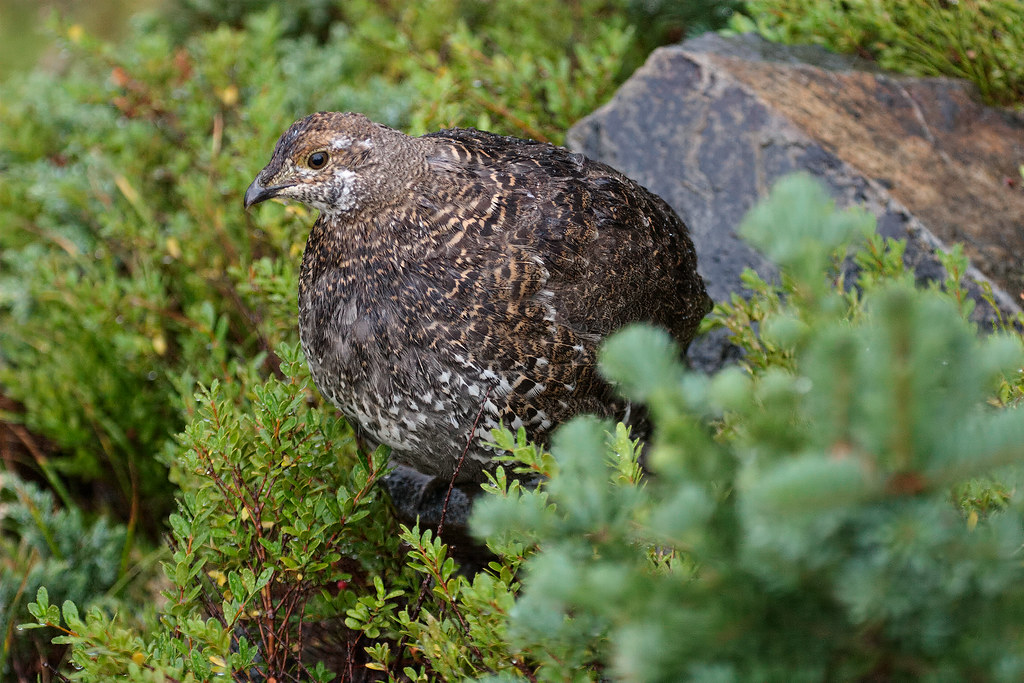 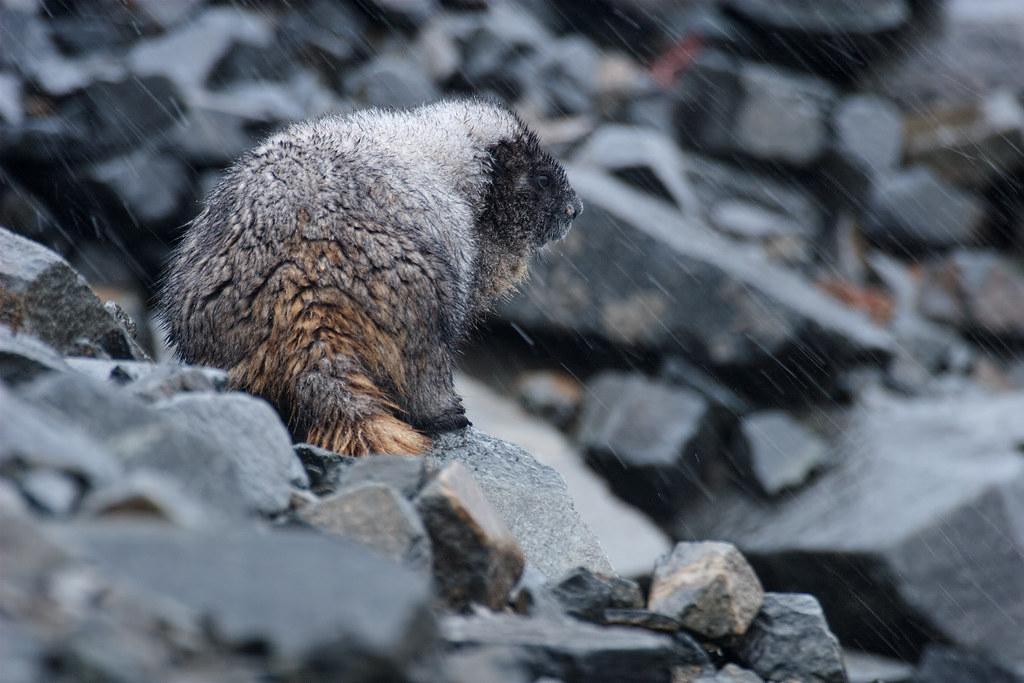 A cold and heavy rain whips down the hillside as a hoary marmot looks out from the talus field it calls home. This was the first time I had seen a hoary marmot, during my trip to Mount Rainier National Park in the fall of 2008.

Late in September of 2008, I was hiking for the first time in the Sunrise portion of Mount Rainier National Park. It was cold and pouring rain but it was the start of a week of hiking and I was in a good mood. As I came across a talus field I noticed an unusual rock at the edge of the path. But when my rock moved as I approached I realized I had just seen my first hoary marmot.

My camera didn’t have any weather sealing and a previous accident had left a gaping hole at the top of the camera, but I couldn’t resist a few pictures. 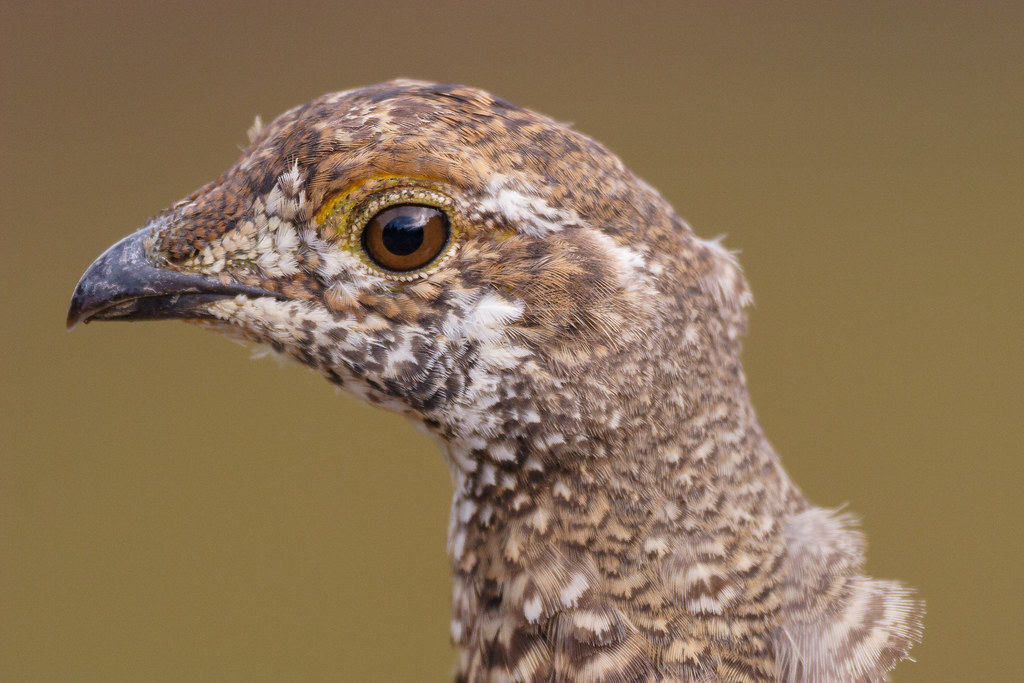 When I think of bird feathers, I usually think of the large wing feathers. But birds have feathers of all sizes, and one of the fun things about close-up pictures like this is getting to see the individual feathers of all sizes. For example, although the eye ring of this sooty grouse looks like a solid band from a distance, up close you can see that it is actually a ring of tiny little feathers. 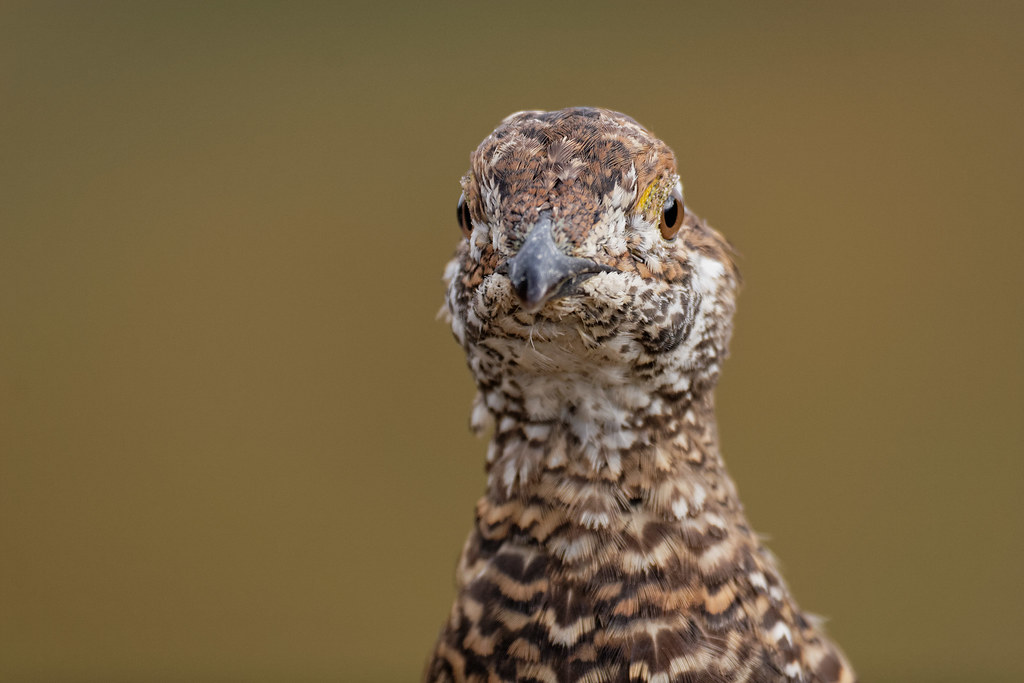 If you’ve followed my blog for a while and have a photographic memory, this picture will seem a little familiar. It certainly seemed familiar to me when I took it. This view of a sooty grouse is very similar to a picture I took last year of a dusky grouse while in the Tetons. Not exactly the same of course, the head is turned at a different angle and the light and colors are different, but I certainly had the older picture in mind when I took this one.

Sooty and dusky grouse used to be considered two races of one species, blue grouse, but were recently split into separate species. Here in the Northwest, the sooty grouse tend to be in the areas from the Cascades and west to the coast, while duskies tend to be in the eastern interior.

This picture is from the Sourdough Ridge Trail in the Sunrise area of Mount Rainier National Park, the trail where I saw grouse the most often. I also saw them down by the Paradise Inn, and saw one in Olympic National Park at the end of my trip.

That last encounter in the Olympics was the most like my experience with the grouse I photographed in the Tetons, I was driving out of the park when I saw one in the road in front of me. I stopped the car and turned on my hazard lights, as the bird was moving slowly and in no hurry to get out of the way. I got out of my car and encouraged it to hurry across the road, which is fortunate as a pickup came driving past right afterwards. 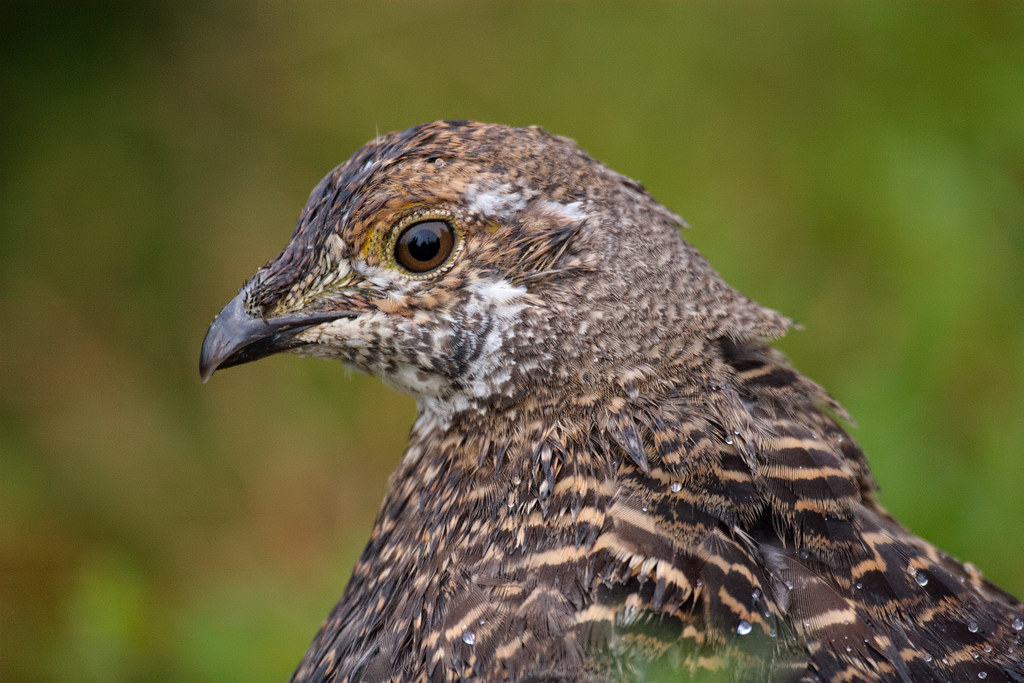 After driving in the rain all day to get to Mount Rainier, I had a couple of hours before sunset. I started up the Sourdough Ridge Trail to Frozen Lake, hiking in a cold wind and rain and sometimes snow, fearing that the weather had turned and I had waited one week too long to start my trip.

But then I saw a hoary marmot near the trail and my mood brightened considerably. After reaching Frozen Lake I headed back down the trail and saw my second surprise of the short hike, four sooty grouse that were near the trail. They were remarkably tolerant of my presence so I knelt or sat on the ground to get at their eye level and slowly moved with them as they fed along the trail. At times they literally walked beside and around me, I’d be photographing one of them and would turn around and see another just inches away from me.

My gloves were the one part of my outfit that weren’t waterproof, so by this time my hands were wet and cold enough that I fumbled a bit with my camera. Knowing that it was about to get dark and needing to warm my hands, I reluctantly said goodbye to the four and headed back to the car.