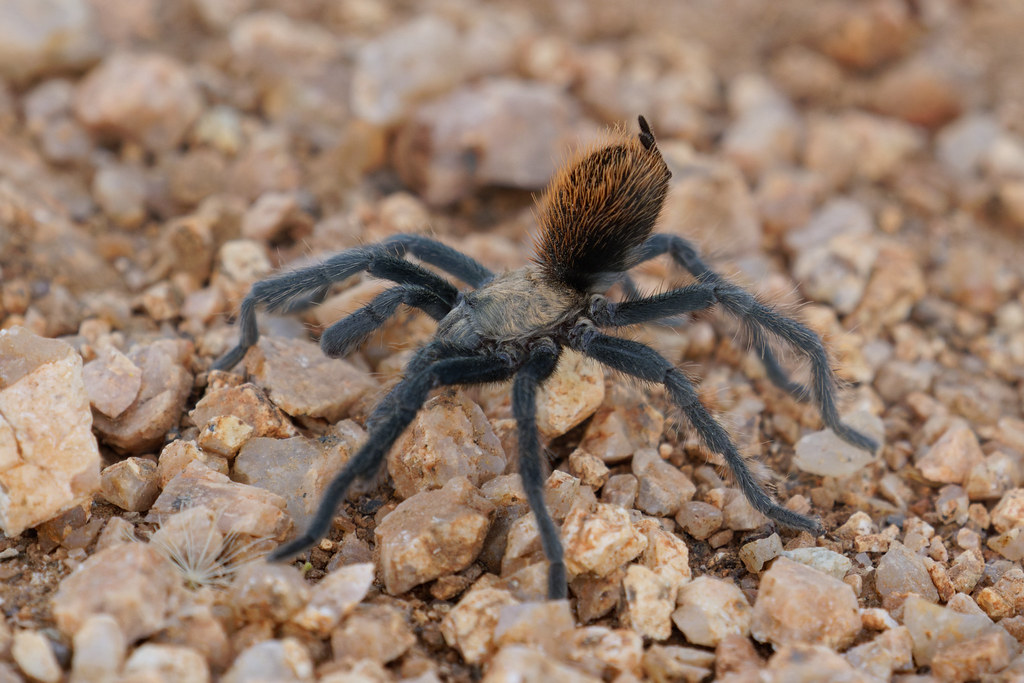 Last Sunday evening I headed out for a quick hike, while I brought my camera I really just wanted to get out into the desert for a little while. Late in the day as I started the hike back towards where my wife was picking me up, I saw a small black form in the middle of the trail ahead of me. As I approached it looked to my still-learning eyes like a tarantula, only shrunk in size 3 or 4 times. I was aware the adult males might be on the move in the fall but instead of fitting in the palm of my hand this one would have fit on my watch face.

I took a few quick pictures but wanted to encourage it to move to a safer spot, this trail is popular with cyclists and trail runners, so I tapped the ground behind it with my feet. Their eyesight is even worse than mine but they’re very sensitive to vibrations so I expected it to scurry up the side of the trail to more hospitable terrain, but while I could get it to move further out of harm’s way eventually it just stopped in the trail and raised its abdomen. Even as a neophyte I know that’s a sign of an unhappy spider.

I checked where the tread marks were and felt it had moved enough to be safe from the line the cyclists typically took and, tapping my toes having exhausted my ideas about how to get a tarantula to move, I continued on my way. A cyclist passed me several minutes later so I decided to backtrack to the little thing, though I really wasn’t in the mood to see a squished spider I was hoping for the best.

Thankfully when I arrived I saw it had fully moved up to the edge of the trail. In the interests of human/spider relations I avoided saying “I told you so” and was just happy it was in a safer place and pointed away from the trail. I took a few more pictures since it was so relaxed and continued towards the trailhead. 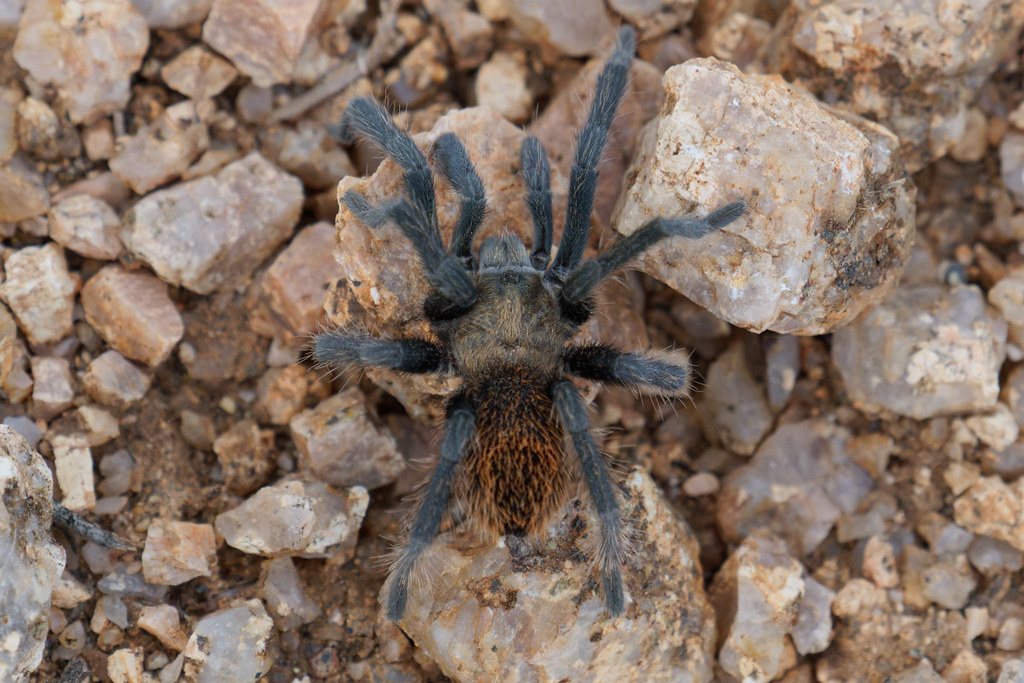 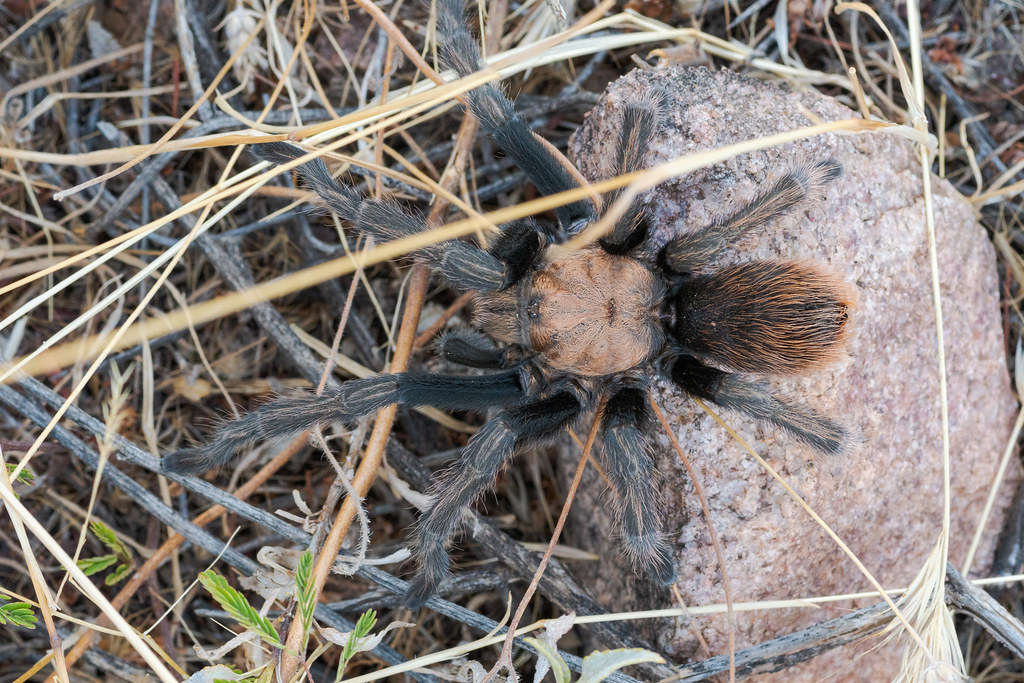 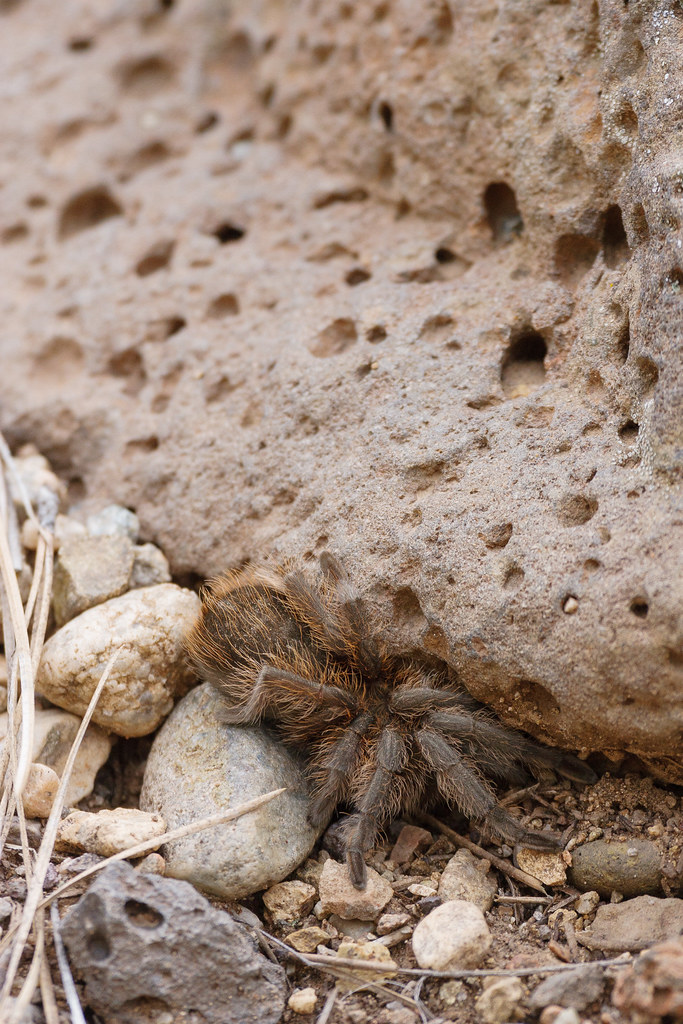 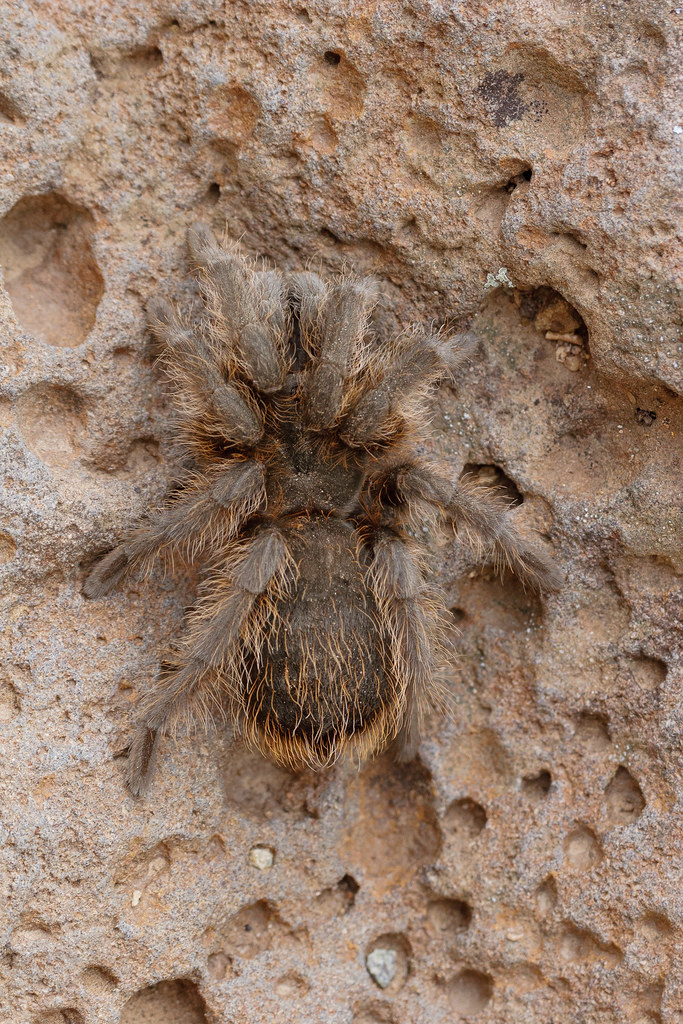 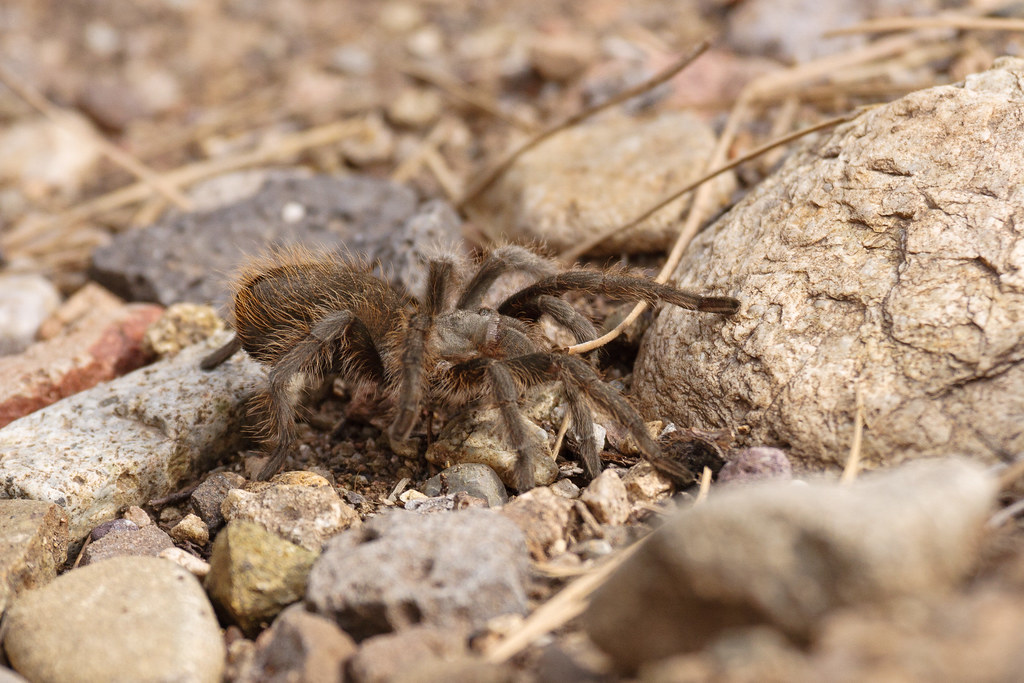