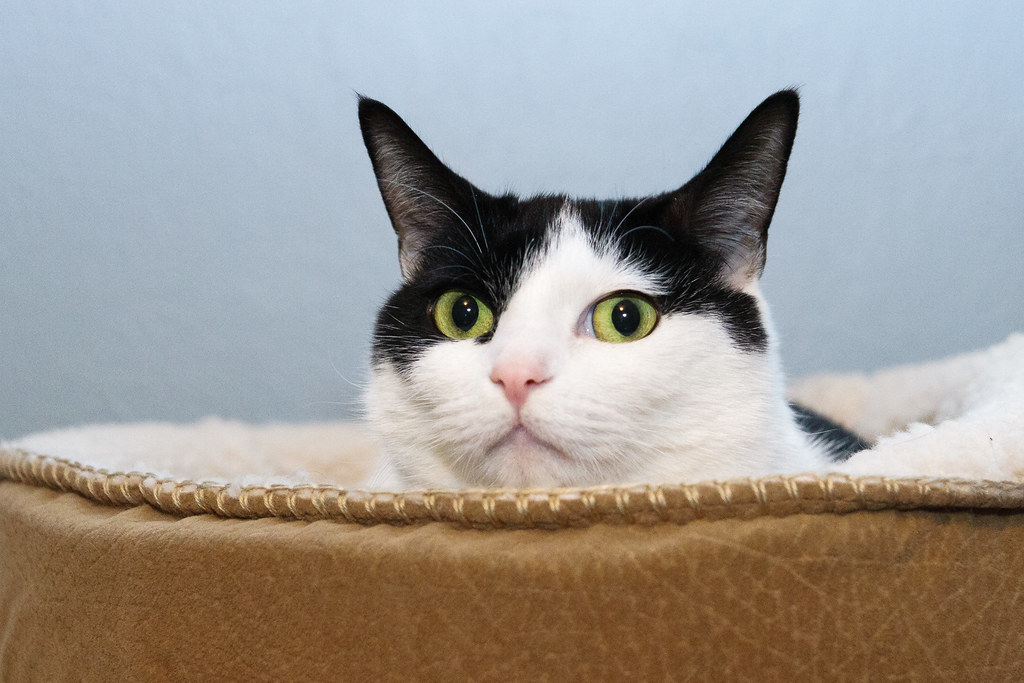 Templeton has been sleeping quite a bit in the warm bed he finally discovered yesterday (in fact, he’s zonked out in it right now). He was sleeping in it earlier today when Scout came up and discovered him sleeping in the bed she has avoided like the plague. Curious as to what he was doing, she jumped up beside him and he made a run for it. She decided to mimic her hero and curled up in the bed for a bit.

She didn’t stay long, but long enough for a few pictures.