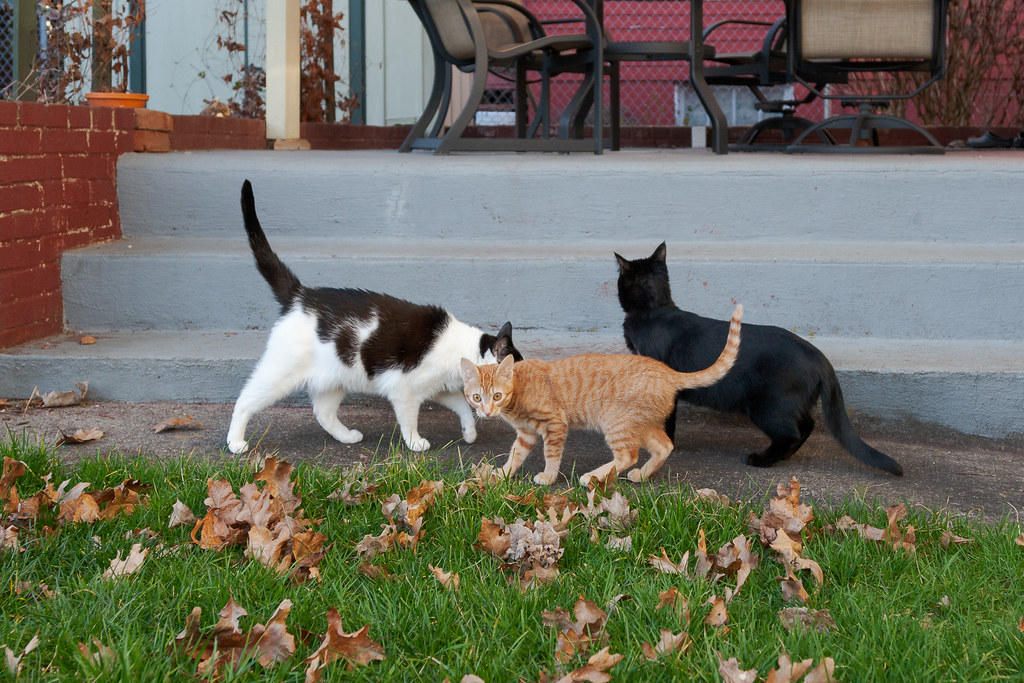 I had President’s Day off a couple of weeks ago and the weather was unusually warm, so after heading up to Ridgefield in the morning and working outside in the afternoon, I cleaned out the inside of the Civic and prepared to wash the outside. Realizing I had forgotten to replace the broken hose in the front of the house and with it too late to go hiking, I decided to let the cats out into the backyard for a little bit.

Scout is an old hand at backyard time, but it was the first time for Sam and Emma. I quickly realized I wouldn’t be able to keep a close enough eye on both the kittens to make sure they understood that they were to stay in the yard, so I gathered them up and dropped them inside while I let Scout stay out a bit longer.

Turning from the door and seeing Scout alone in the yard I was overwhelmed with the thought that Templeton wasn’t there. A sudden wave of grief hit me and I was thankful Scout didn’t want to stay out long. The grief passed quickly, but it was so strong and so unexpected that I felt it physically long after. Every day during the warmer months, we’d go out back when I came home from work, so we spent a lot of time together there. Back inside, I was unable to concentrate on anything and eventually went up to take a bath and not think about anything.

The cats came up when they heard the tub filling up, they always look at me like I’m half-insane for intentionally submerging myself in water. They took turns sitting outside the bathroom door and sitting beside the tub, waiting for me to come to my senses and get up out of the water.